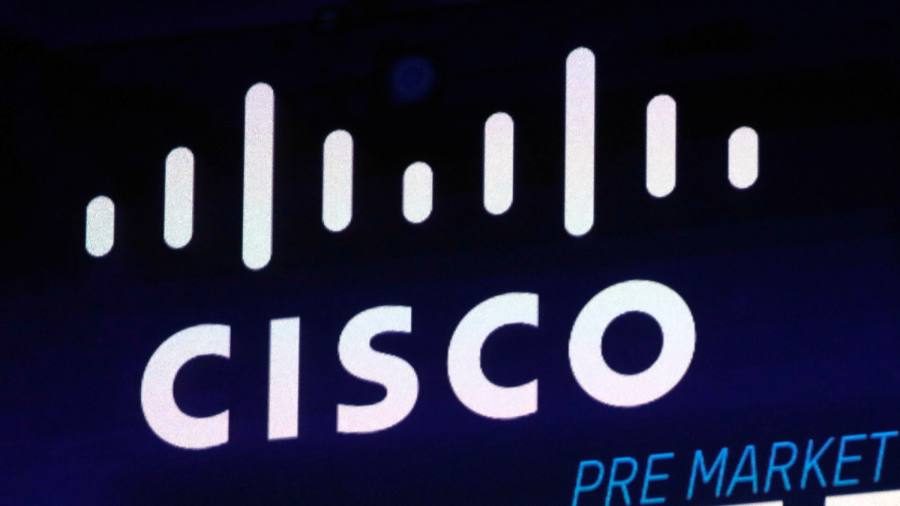 In the annals of investing literature, there are a few lessons which stick out. But perhaps none more so than the adage that at the right price, every asset is potentially a good investment. Even subprime CDOs. The flip side of this axiom is, of course, that if you pay too much the experience can be a painful one.

A good chunk of FT Alphaville’s readers will have absorbed this point already over their careers, but given the frantic nature of comments we’ve received over the past fortnight, there are many investors that haven’t.

There is no better example of this rule-of-thumb than the shares of US technology conglomerate Cisco.

At the turn of the new millennium, the IT hardware, software and networking equipment company was one of the hottest stocks in the US equity market. From the beginning of 1999 to March 2000 the shares rose 236 per cent to a market capitalisation of $555bn, or $80.06 per share, backed by a crazed-enthusiasm for the technological shifts bought about by the internet. The thesis was solid: as a provider of networking equipment for both telecom players and other businesses, Cisco was the shovel-seller in a dot com gold rush. What could go wrong?

And, some might argue, it had the numbers to back it up. In the 2000 financial year, Cisco posted revenue growth of 55 per cent, gross margins of 66 per cent and had a return-on-equity of 14 per cent. Sure, top-line growth had slowed from 1994 when revenue had doubled, but as one of the few players sitting at the intersection of several technological trends, it surely was going to be one of the big winners of the new millennium.

Well yes and no. In one way, investors were right. Cisco was a big winner. Over the next 21 years, Cisco’s revenues grew four fold to $49bn, with profits quintupling to $11bn. Return-on-equity even improved, with the figure averaging 17 per cent over the next two decades, 3 percentage points below its 2000 number.

The problem was the share price. It was, simply, too damn high. At the March 2000 peak, Cisco’s price-to-earnings ratio stood at 201 times, its enterprise value to sales at 31 times and its price-to-free cash flow at 176 times. By anyone’s standards, the valuation was over-egged.

And, suddenly, everyone cottoned on. Over the next two years, Cisco’s share price collapsed 80 per cent, a total market capitalisation loss of $431bn, as the dot com bubble deflated and telecom capital expenditure with it. Twenty-odd years later at pixel time, Cisco’s shares are at $46.25, still 42 per cent below their dot com peak.

Cisco wasn’t the only company that struggled after hitting a high in 2000. A host of world-beating businesses from Microsoft to Amazon to Adobe suffered a lost decade as they struggled to surpass their dot com peaks. The downhill tumble left many shareholders, including staff, in the red.

Investors betting on a host of extremely expensive technology stocks today, whether it be cloud-software titan Snowflake, electric vehicle maker Tesla or fake meat purveyor Beyond Meat, would be best to heed the lesson of 2000: era-defining businesses, at the wrong price, make for terrible investments.

(h/t to Twitter account Keubiko for citing this example over the weekend. We’d been meaning to write on it for a month, but given the market action over the past two weeks, it felt particularly right to do it today.)