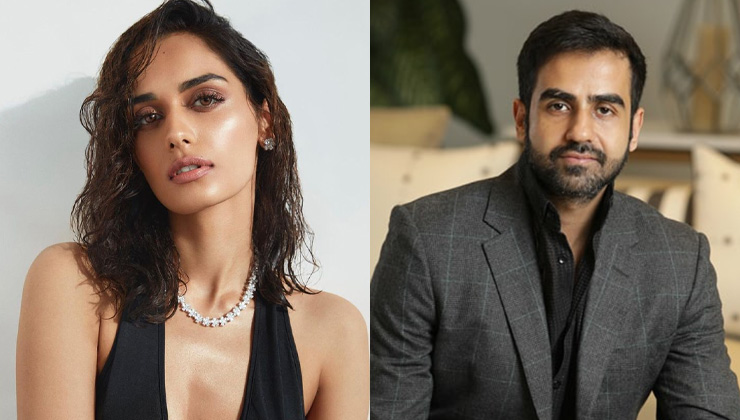 Actress and model, Manushi Chhillar is no more single and is reportedly in a steady relationship with renowned businessman. Reportedly the actress is dating Zerodha Founder, Nikhil Kamath The lovebirds have been reportedly seeing each other since 2021 but have kept their relation under wraps.

The actress who made her debut in Bollywood with Samrat Prithviraj alongside Akshay Kumar, often spends time with Nikhil. The couple   even go on vacations. The recent being a trip to Rishikesh. Manushi and Nikhil not only spent time with each other but also offered prayers at a temple

As reported by sources to Hindustan Times, “Manushi Chhillar and Nikhil Kamath have been going quite strong. Currently, Manushi is focused on her Bollywood career, thus she doesn’t wish to talk about her love life as it might take away the attention. Their friends and family are well-versed with each other and the two wish to keep it low-key.”

For the unversed, Nikhil Kamath had an intimate wedding with Amanda Puravankara on April 18, 2019, in Florence, Italy. The couple got seperated within a year and are divorced since 2021.

On the work front, After winning the Miss World in 2017, the crowned beauty marked her Bollywood debut opposite Akshay Kumar in Samrat Prithviraj. She will soon be seen alongside John Abraham in Dinesh Vijan’s Tehran. Maddock Films is producing the film in association with Bake My Cake Films. The film will be released on 26th January 2023.

There is no confirmation of the same from Manushi or Nikhil as yet.

Look: Here's How The Lakers Are Tracking LeBron…