Is PayPal driving the bitcoin spike? 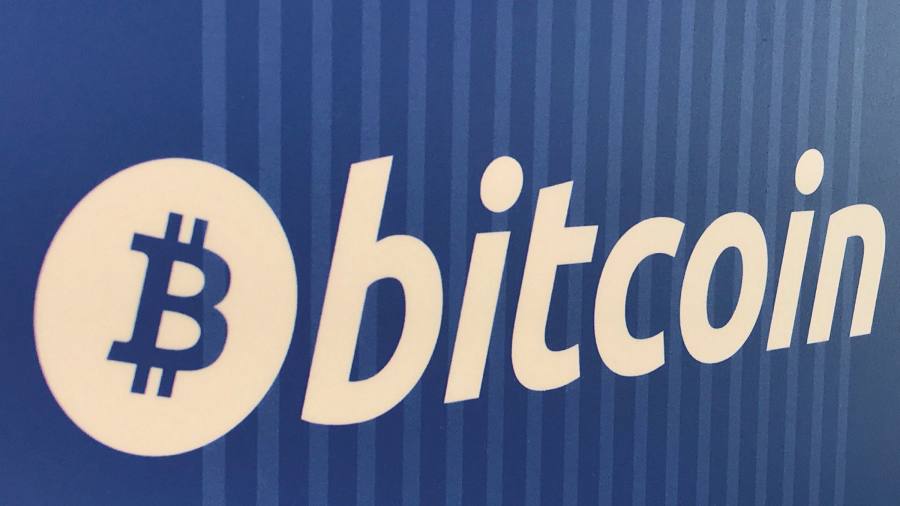 Bitcoin’s price has been mooning in the wake of the US election, so much so it is nearing the record highs it set back in December 2017, at pixel time trading above $18,000:

Speculation as to what is causing the run-up is rife. Some blame growing distrust in authority following the yet-to-be conceded US election. Others believe it’s the result of Covid-related stimulus gone mad. Others still see it as simple confirmation of bitcoin’s time finally having come.

But another theory fell into our inbox on Thursday, which we think possibly has legs. That is that the price increase has come as a result of a bitcoin shortage propelled by Paypal getting into the crypto space, announced on October 21.

As Erik Lowe, head of content at bitcoin fund Pantera noted to FT Alphaville by email:

PayPal’s October 21st launch announcement coincided with the service’s availability for select US accounts. It was a gradual roll out. You can see a spike in the chart the day of the announcement. Paxos Crypto Brokerage provides crypto custody and trading for PayPal. Paxos owns itBit, their exchange.

He was referring to this chart, featured in a communication by Pantera’s CEO Dan Morehead on Wednesday:

According to Morehead, the idea PayPal may already be having an impact after launching on Oct 31 is supported by the fact that its rival Square, which began offering bitcoin access 30 months ago, is now estimated by Pantera to purchase about 40 per cent of all newly issued bitcoin.

That doesn’t leave a lot of spare supply on the table for any other payment giants to get their teeth into without moving the price significantly.

What also makes a big difference is that with the entry of PayPal comes a large pool of already-KYC’ed users, meaning the friction usually associated with getting into bitcoin (from taking selfies of yourself with your passport to extended daily limits) is eliminated.

Another indicator of the PayPal influence is the increase in itBit volume since PayPal entered in the market:

ITBit is owned by Paxos, PayPal’s broker-dealer. Morehead estimates the above volume spike indicates PayPal may already be buying more than all the supply of newly issued bitcoin that’s available (currently there are 6.25 bitcoins mined every ten minutes.)

Another thing to bear in mind is that all of this comes in the context of a wider crackdown on official bitcoin intermediation in China. Long-standing cryptocurrency-watcher David Gerard, for example, drew our attention to Chinese reports that domestic miners are finding it so difficult to convert bitcoin into yuan, they are facing a major problem paying electricity bills.

If this is true, this would definitely make it much more difficult for new bitcoin to make its way to market — at least for as long as the miners remain operational.

The bigger question to consider is: should the bitcoin community really be celebrating a price rise driven by a potentially structural shortage of bitcoin?

One of the big problems in 2008 — and what eventually distressed the entire global financial system — was a shortage of dollars in the offshore market, which began to impede everyone’s capacity to keep servicing pre-existing dollar-denominated debts.

It was this dollar shortage which eventually prompted the Federal Reserve to initiate one of its boldest extraordinary interventions to date: the provision of unlimited dollar swap lines to a number of foreign central banks.

Bitcoin clearly isn’t as leveraged as the equivalent dollar fiat system was in 2008. Indeed, the rehypothecation — or relending — of bitcoin is strictly controlled in regulated markets, limiting much of this problem.

However . . . the rise of bitcoin-funded stablecoins has created a different type of vulnerability, especially among stablecoin-issuers that cannot properly back their outstanding dollar liabilities with real dollars all of the time.

To explain what we mean, think of Tether not as a stablecoin but as a sort of central bank that works hard to stabilise the price of bitcoin by flooding the market with lookalike (unfunded) dollars whenever the price of bitcoin weakens. This pre-emptive and unfunded issuance of Tether dollars (USDT) is usually justified by the notion that their unfunded nature is only temporary. If the reserve expansion is sustained, funding eventually materialises by those seeking entry into the USDT market with real dollar collateral.

The growth in Tether reserves during a bitcoin down market is thus akin to the expansion of a central bank balance sheet when it conducts quantitative easing operations.

The underlying assets this “QE” supports (US Treasuries in the conventional market and bitcoin in the Tether example) can help maintain the appearance of stability. But only for as long as an artificial shortage is not replaced by a bona fide shortage — as eventually happened with the dollar fiat market.

In such a scenario somebody eventually has to pay for the engineered stability.

In the fiat world, the scenario has translated into a stealth wealth transfer from savers to the indebted via negative interest rates.

In the bitcoin Tether scenario, the prospect of a genuine bitcoin shortage in the face of a system that has regularly run asset-liability mismatches into bitcoin weaknesses presents the realistic scenario that Tether’s dollar reserves could break a buck. That is to say, a sustained bitcoin spike could incentivise a major bitcoin cash-out spree against new USDTs that cannot be funded quickly enough to maintain Tether’s USDT/USD 1:1 peg (which, we should add, has not always been successfully maintained).

To what degree that poses a financial panic or not depends entirely on Tether’s ability to convince those cashing out to keep holding USDT instead of demanding real dollars.

One other way of thinking of it is that PayPal’s bitcoin offering represents the exact countervailing force to that of Tether in the bitcoin market.

To understand that, it’s important to recognise that PayPal is in many respects the original digital stablecoin: its structure represents a type of MMF/ETF, obliged to hold every dollar of customer funds in a specially dedicated bank account.

From the PayPal perspective, every dollar in its system converted into bitcoin will also need to be reserved in exactly the same way to avoid any price fluctuation risk (regardless of whether payments are later facilitated with those reserves).

That, to a large extent, makes PayPal a pseudo Bitcoin ETF/MMF: its bitcoin balances representing bitcoin liabilities (or bitcoin lookalikes) rather than customer-controlled bitcoins outright. (Though it’s important to note this is also the case with many bitcoin broker-dealers, including those that accept USDT.)

Once you can use PayPal to switch effortlessly from lookalike bitcoin into lookalike dollars on a whim AND be able to spend those dollars anywhere PayPal is accepted AND be confident that you can cash out against real dollars whenever you want to TO BOOT, the real question is why anyone take a chance on Tethers at all? Especially given PayPal have also committed to not charging any fees on their Bitcoin offering.

Only, presumably, if you could not meet PayPal’s KYC/AML criteria for opening an account.

If that makes you wonder how PayPal actually plan to make money from bitcoin, the answer, duh, is on the FX conversion cost, a hefty 2.3 per cent on purchases between $25-$100, staggering lower the larger the transaction gets to a minimum of 1.5 per cent. (So much for bitcoin ending extortionate third-party transaction costs, eh.)

The other puzzle is how PayPal can be sure it is backing its crypto hoards with ethically (rather than criminally) sourced bitcoin?

One instant method that comes to mind is doing a long-term discounted off-take agreement with a legitimate mining source, much the way dealers in conventional commodity markets do with commodity producers.

But that too would be a sure-fire way to immediately reduce supply-side bitcoin availability. Conclusion: price goes moon.

Hogwarts Legacy Map Has Been Leaked and Many Streamers Are…