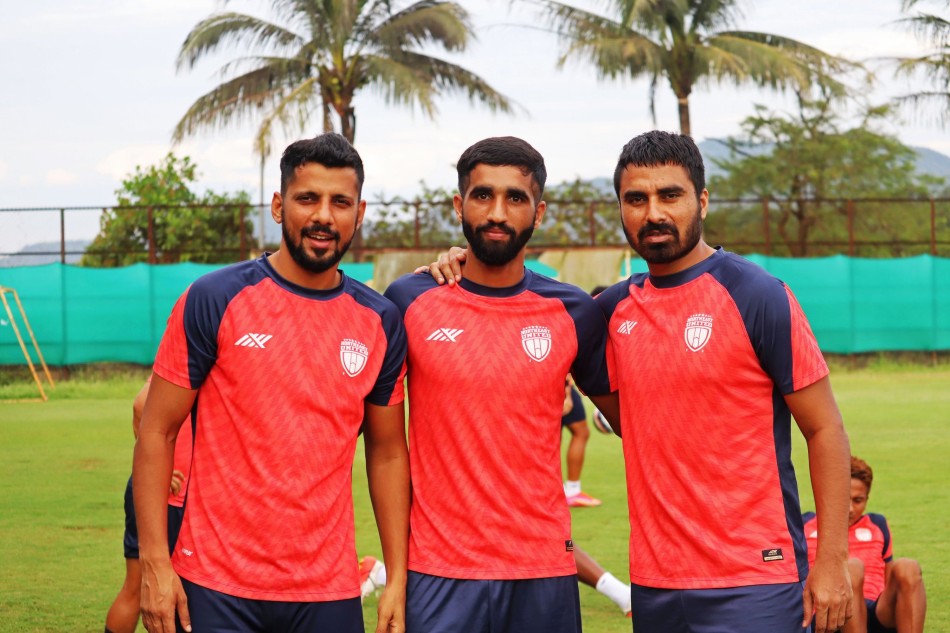 NorthEast’s key player from last season was Federico Gallego, who provided 6 assists, and also an important member of the side is their skipper and shot-stopper Subhashish Roy, who had 3 cleansheets last season.

And with Khalid Jamil in charge, they can hit the ground running. The team did well defensively as well as offensively, allowing just 25 goals and scoring 31 goals last season. If the strike-force add more goals, they surely can do something similar or even better this season.

The sacking and change in coaching staff and playing staff has been a common habit for NEUFC since the very first season. Too many changes lead to a less settled side. With a total of 14 changes in the team, that could be the case this season as well.

In addition, they will also miss the services of their top-scorer Luis Machado, who has left the club this season. Plus, the pre-season results although not very important, could be a worry as they would like to get off to a winning start.

Subhasish Roy Chowdhury: The experienced custodian made 15 appearances for NorthEast United FC in Hero ISL 2019-20 and added 15 more appearances to that tally in Hero ISL 2020-21 as the Highlanders finished in the top four. The leader and shot-stopper of the side will play a very key role by keeping cleansheets.

Deshorn Brown: The Jamaican striker moved to NorthEast United FC during the January transfer window of ISL 2020-21 and created an instant impact, scoring five goals in 10 appearances for the Highlanders en-route to the semis. He will need to fill the void left by Luis Machado, the top-scorer from last season.

Federico Gallego: The Uruguayan midfielder was one of the most influential players in the team in 2018-19, helping the club reach its first-ever semi-final. After he missed most of 2019-20 season, Gallego was once again one of the Highlanders’ key players in their run to the ISL 2020-21 semi-final, scoring four goals and assisting six in 16 matches. He will also have Hernan Santana for company this time around.

After surprising many with a semifinal finish last season, NorthEast United will look to better that. But with the top goal-scorer from last season not in the squad, they may find it tough to replicate their achievement from last season. However, if they start the league phase like how they ended last season and if Deshorn Brown gets on the scoresheet often, NEUFC could go on a run to at least finish close to the play-off spots or once again make the semis.

Chet Holmgren immediately lives up to the hype for Gonzaga basketball

Families gather in Dorchester park for remember those who…

Sterling hits record low against the dollar, as Asia-Pacific…