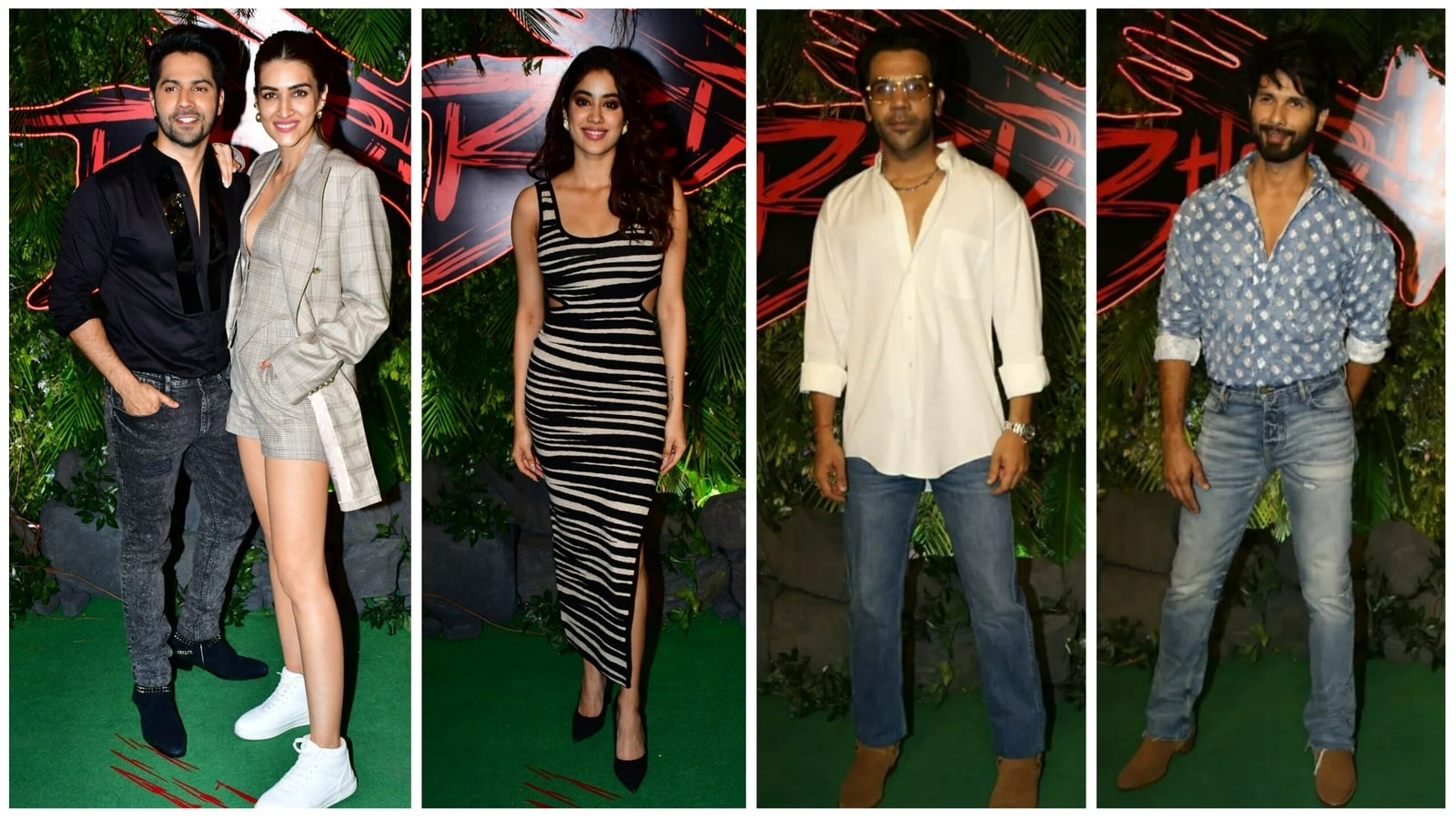 Varun was in a dramatic black shirt and matching denims and shoes while Kriti joined him in a three-piece short suit. Kriti’s parents and sister Nupur Sanon also came to watch the film. They all posed near a fake wolf statue placed at the event.

Rajkummar Rao, who has starred in producer Dinesh Vijan’s earlier films from the horror-comedy franchise: Stree and Roohi, attended the screening in a white shirt and blue denims. His Roohi co-star Janhvi was seen in a striped dress with a side slit. Janhvi will now be seen opposite Varun Dhawan in Bawaal. However, Stree actor Shraddha Kapoor, who also has a cameo in Bhediya, wasn’t spotted. Sharad Kelkar has narrated the film and joined the team at the screening.

After Stree, Bhediya is also directed by Amar Kaushik. The film also stars Deepak Dobriyal, Abhishek Banerjee and Paalin Kabak. It released theatrically in Hindi, Telugu and Tamil in 2D and 3D. It is presented by Jio Studios and Dinesh Vijan’s Maddock Films.