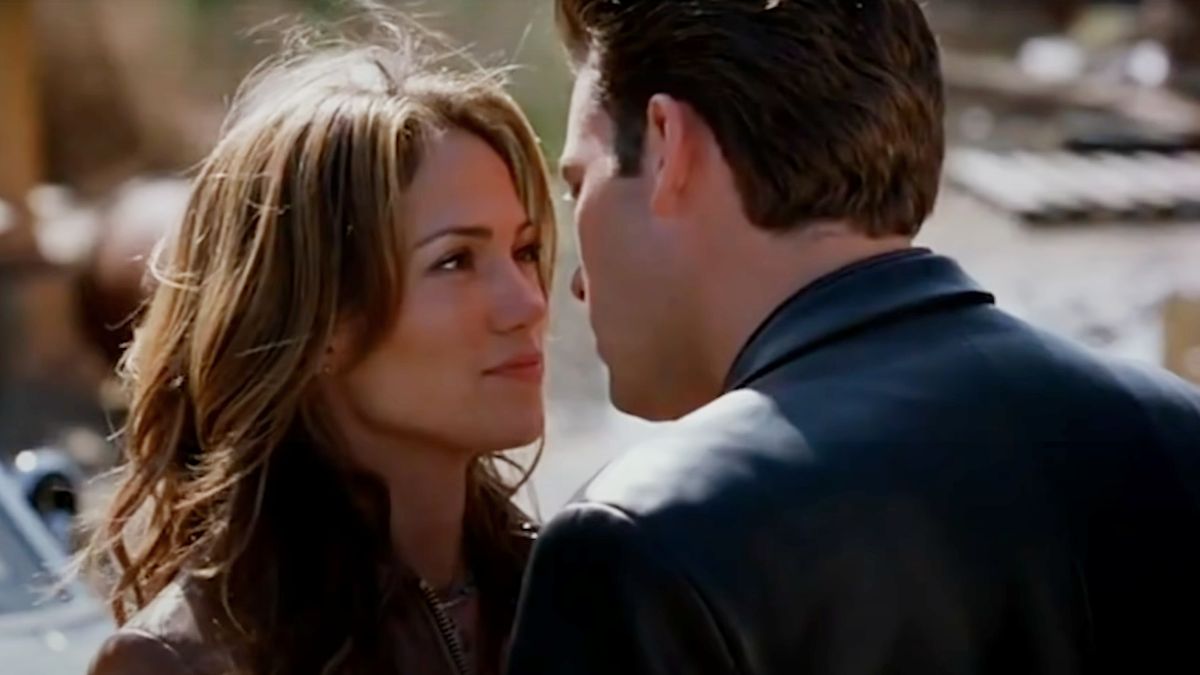 Jennifer Lopez and Ben Affleck made so many people believe in love again, when they rekindled their romance in 2021 after nearly two decades apart. This year saw not one but two wedding ceremonies for the A-listers — one at a Las Vegas drive-thru, and the other a lavish affair at Affleck’s 87-acre estate in Savannah, Georgia. Going into their first holiday season together as husband and wife, Bennifer made it pretty clear what they’re thankful for this year, as they shared a video looking super sweet and snuggly together.

In a short video posted to JLo’s Instagram, the Marry Me star sits on her husband’s lap, with their heads pressed together, each giving smoldering looks at the camera before breaking into big smiles. If this doesn’t warm you up on a cold winter day, I don’t know what will:

Neither one of the stars says anything — though the Argo director is chomping on some gum — but the audio on the video is someone saying, “Guys I did it. I found the person that makes me the happiest I have ever been.”

The saga that is JLo and Ben Affleck’s relationship has been one of the more dramatic of celebrity love stories, especially with the Bennifer 2.0 version happening 17 years after the couple ended their first engagement. I think we’re going to need the movie stars to post these cute videos of them snuggling together every so often, just to remind us that all is still right with the world.

While Jennifer Lopez said rekindling old relationships isn’t recommended for everyone — some couples outgrow each other or branch out in different directions, she said — but for her and Ben Affleck, they lost each other and were able to find each other again. In 2004, the couple abruptly called off their engagement, claiming to be at different places in their lives. It’s likely that intense scrutiny from the media also played a part in the breakup. They each went on to marry other people and have children, before those marriages ended in divorce.

Now the newlyweds have a big blended family, as Ben Affleck shares 16-year old Violet, 13-year-old Seraphina and 10-year-old Samuel with Jennifer Garner, and JLo has 14-year-old twins Emme and Max with Marc Anthony. Sources say the children are as over the moon as the newlyweds about the union, and for their first holiday together, they’re looking forward to traveling and making new memories.

Seeing how things have worked out for Bennifer 2.0 really is heartwarming enough to get me through some cold days, and you can see more romantic tales from the new Mrs. Affleck — albeit fictional ones — by checking out Jennifer Lopez’s best romantic comedies. You can also take a peek at our 2022 movie release schedule to see what else is headed to the big screen through the end of the year, and get a look at what’s headed to theaters in 2023.