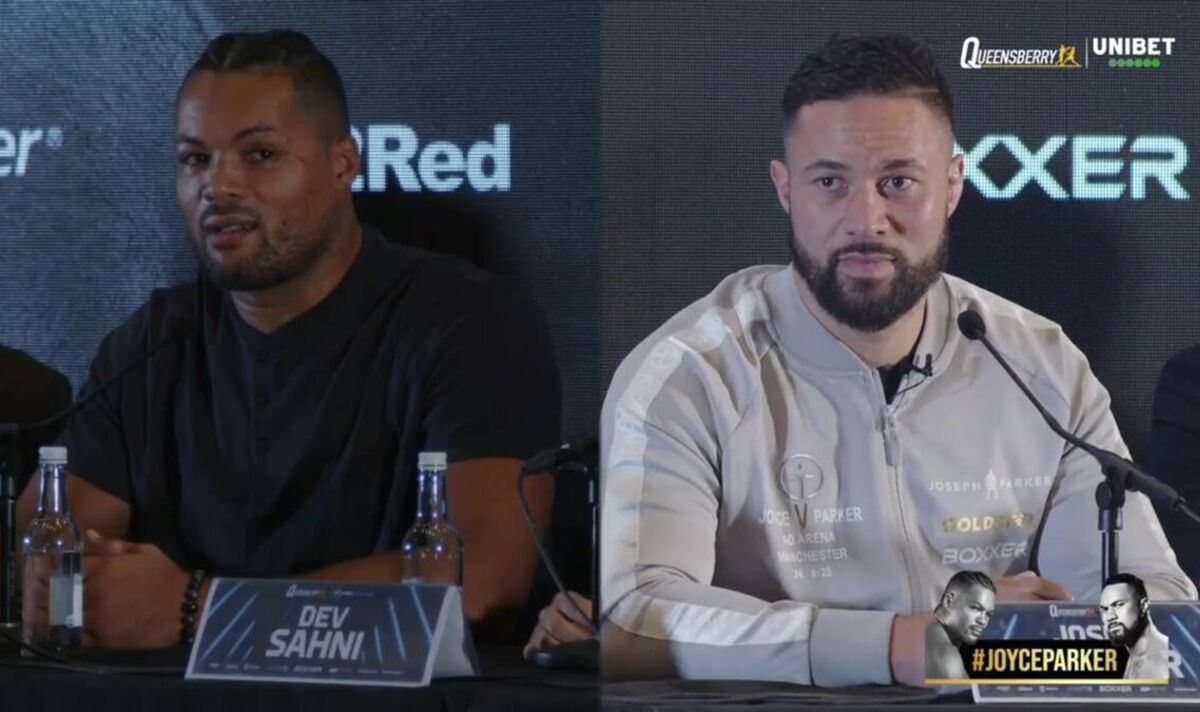 The pair were originally scheduled to square off in July, but plans were put on hold after Parker signed with BOXXER and Sky Sports, halting negotiations with Queensbury Promotions. Thankfully, BOXXER chief, Ben Shalom quickly came to an agreement with Frank Warren to stage the fight in a cross-promotion contest.

Joyce (14-0) stepped back into the ring in July to stop Romanian gatekeeper Christian Hammer after a twelve-month hiatus from the sport. The Juggernaut holds solid wins over Daniel Dubois, Carlos Takam, and Bryant Jennings but Parker will no doubt serve as his toughest test to date.

Parker (30-2) is a former WBO heavyweight champion and a familiar face to British audiences. The Kiwi will make his fourth UK PPV appearance on Saturday after previous clashes with Anthony Joshua, Dillian Whyte, and Derek Chisora.

Joyce: “Now the fight is happening it is giving the fans what they want because it is going to be a great fight and I can’t wait to just knock him out for all this time waiting and all the messing about when we could have had it in July.

“He was just wasting my time. I think he will try his hardest to hit me and do whatever he has done in camp but, at the end of the day, I am gonna win and knock you out. Little Joe is going to tickle me on September 24.”

Parker: “I see this fight as a great fight for both Joes. He may be bigger, but the bigger they are the harder they fall. So I think it is a great fight with us both ranked highly by the WBO and the WBC and it is a fight that I have always wanted.

“I am thankful to BOXXER and Sky and BT and Frank for making this fight happen. It is a fight that a lot of people wanted to see, a fight that I wanted it and Joe wanted it – and now we are here.”

You’ve got COVID — but what are the rules these days? –…

Could Cristiano Ronaldo be Portugal’s super sub for…

Why Do Women Like To Travel More Than Men?