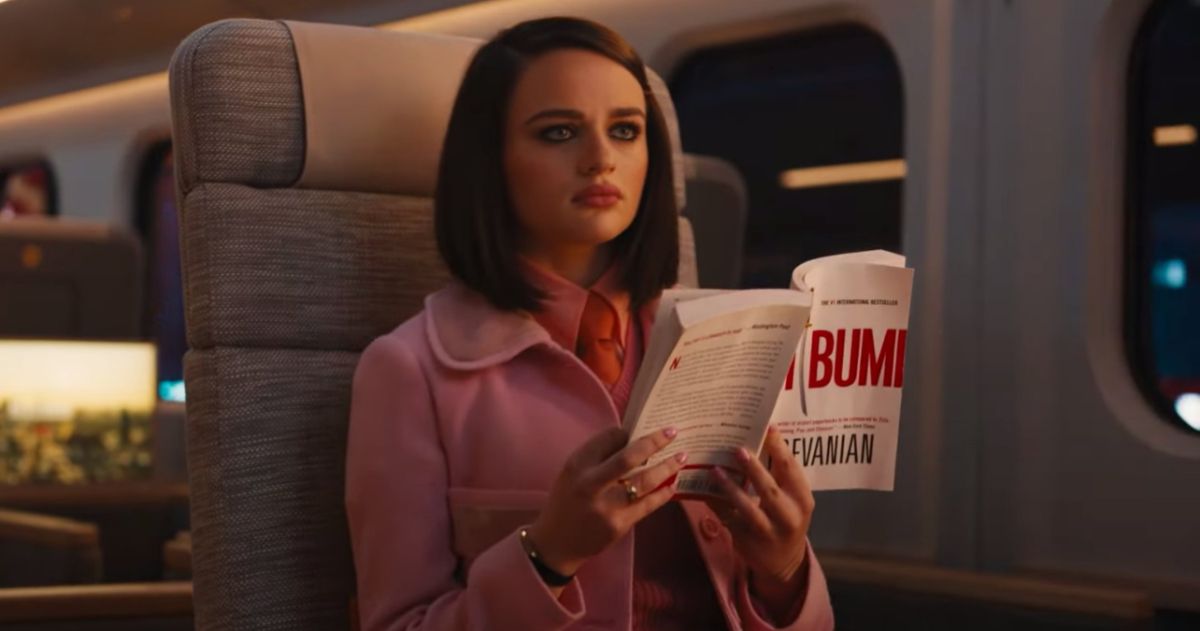 Joey King stars in David Leitch’s action-packed Bullet Train. The film, based on Kotaro Isaka’s book of the same name, follows the story of Ladybug (played by Brad Pitt), an aging assassin whose last mission takes him on the world’s fastest training traveling from Tokyo to Morioka. Once aboard, Ladybug realizes he’s not the only hired killer on the train and that all the killer’s missions are connected. King plays Prince, one of the assassins aboard the train, and discussed her preparation for the role with Variety.

King told the publication that she offered director Feitch seven different versions of her character Prince, ranging from “extremely sinister” to “extremely clean” to best decide which route to go with the fun character. To perfect Prince’s British accent, King worked with a dialect coach daily, for up to three hours, learning different types of accents to provide multiple options for Feitch.

When it came to physically preparing for Prince, King mentioned that since Prince’s biggest strength is mental capability, she did less physical work than some of her cast mates. She did mention that her experience with Hulu’s The Princess was vastly different, and involved more physicality, which she found incredibly difficult.

“I loved the way [Prince’s] attire and attitude fit into that world so well because everyone [on the train] has such distinct personalities and traits. She is fierce. She is crazy, and I felt like a kid in a candy store when I stepped into that set as Joey just before being Prince. “

As a child actress, King became popular for her portrayal of Ramona Quimby in Ramona and Beezus. Beginning in 2018, she starred in the Netflix Kissing Booth trilogy. While the films were not well-received by critics, they were popular among audiences and King recently spoke about her participation in the films, telling the Independent:

The actress starred in Hulu’s The Act, a series based on the real-life story of Dee Dee Blanchard and her daughter Gypsy Rose. King earned Emmy and Golden Globe nominations for her portrayal of Gypsy Rose in the limited series.

King’s other credits include: Crazy, Stupid, Love, The Dark Knight Rises, Oz the Great and Powerful, The Conjuring and the first season of FX’s series Fargo. She most recently appeared in Hulu’s The Princess, about a princess refusing marriage to her chosen suitor who is kidnapped and locked into a tower.

Urmila Matondkar Recalls Sridevi Was Pregnant With Janhvi Kapoor While Shooting For Judaai, Talks About The Unique Connection With The Young Actor