Johnny Depp’s Lawyer Benjamin Chew Has A Picture Of Hugging The Superstar On His Work Desk, Netizens Are Having A Meltdown! 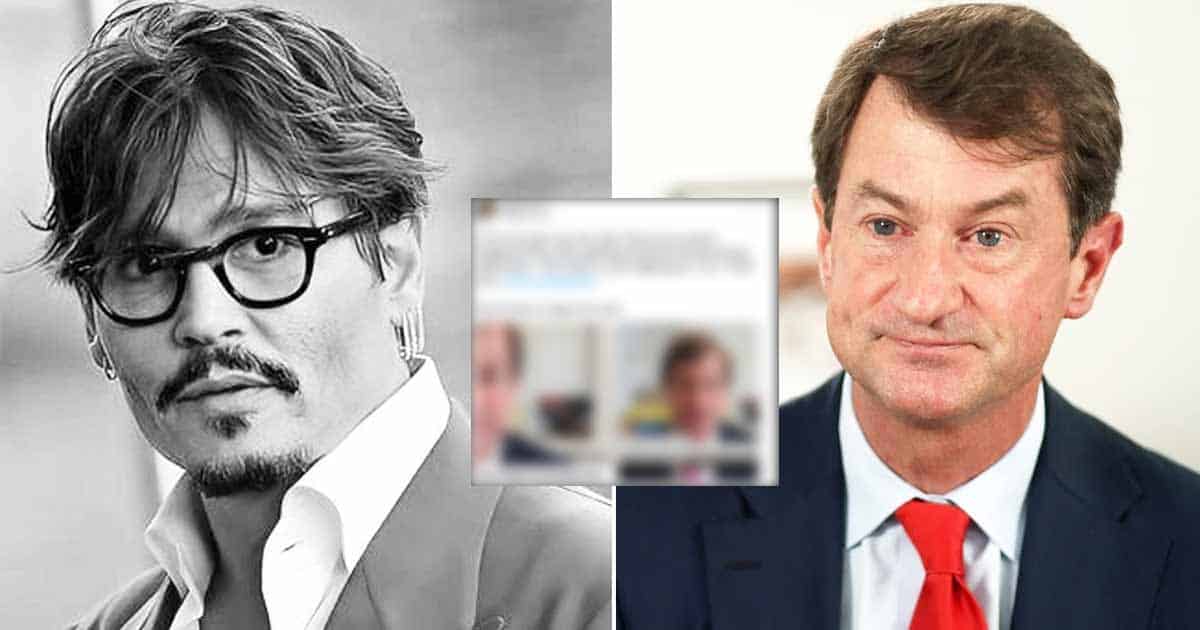 Johnny Depp and Amber Heard’s defamation case was one of the most high-profile cases in Hollywood of all time. Social media was flooding with pictures and videos from the courtroom and was divided into two parts supporting their favourite celeb. Now, Benjamin Chew who happened to be Depp’s lawyer is making headlines for keeping a picture of hugging the superstar on his work desk and netizens are having a meltdown looking at their precious bond. Scroll below to take a look at it.

Ben and his team represented Depp at the defamation trial against his ex-wife and actress Heard. During the trial, the lawyer team got massive recognition and exposure on social media, and all thanks to Johnny’s fans for the same. Now coming back to the topic, Ben’s making headlines and is going viral on Twitter for a very heartwarming reason.

During one of his recent appearances on television, Benjamin Chew was speaking about Alex Jones defamation trial but that’s not why he went viral on social media netizens noticed a picture of him hugging Johnny Depp in the background on his work desk and is now having an emotional meltdown.

Take a look at it below:

I will never get over this. Ben Chew has a photo hugging Johnny after getting emotional during closing arguments. “The truth is worth fighting for, it is.” Truth won. #JohnnyDeppWon

And is that a mega pint cup? pic.twitter.com/DlRJV4wEiM

That’s such an aww moment!

Take a look at some of the Twitter reactions here:

Ben Chew has a frame image of Johnny and Ben hugging after closing arguments. In front of the picture frame is his stuffed alpaca that was given to him from a fan during the Depp and Heard Defamation Trial ♥️🦙 #BenChew #JohnnyDepp #JohnnyDeppVsAmberHeard pic.twitter.com/A4OHDmAxSA

Benjamin Chew and Johnny Depp have definitely become good friends post the trial and it was actually because of his legal team that the superstar won the case against ex-wife Amber Heard.

For more updates, stick to Koimoi.

Must Read: Eminem’s Daughter Hailie Jade Would Get Bothered When Asked About Father But Not Anymore!