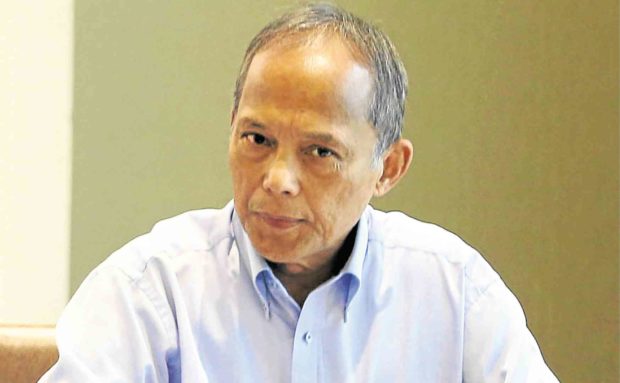 Energy Secretary Alfonso Cusi has renewed a push for joint exploration of oil and gas resources among state-run petroleum firms in shared borders in the Association of Southeast Asian Nations (Asean), saying this would help beef up the region’s energy resilience in the face of natural disasters.

Cusi reiterated a call he made last year in the Asean Ministers of Energy Meeting, which this year—the 38th such annual meeting—was held online.

He also asked the Asean Council on Petroleum to review existing sharing agreements on oil and gas exploration and production as well as recommend similar or modified agreements for possible adoption.

Cusi reiterated these messages just a few weeks after he announced a unilateral lifting of a moratorium of exploration activities in areas within the West Philippine Sea (WPS), which are part of a territorial dispute with China.

The lifting of the status of force majeure as well as directives for petroleum contractors to resume their work was made while Manila and Beijing continue to engage in talks about possible joint development of resources in the disputed areas. No progress has been made public about such talks.

“This development would augur well for our economic recovery in the midst of the COVID-19 pandemic, given that the resumption of work would infuse our economy with fresh investments and help generate high-skill employment opportunities,” Cusi told his Asean counterparts.

Cusi also urged the body dubbed Heads of Asean Power Utilities/Authorities (Hapua) to integrate emergency preparedness and resiliency in its future work plan, instead of limiting itself to the physical aspect of power grid interconnection.

The long-running effort to interlink power grids in Asean—which enables the export and import of electricity across borders—has made some progress in mainland Southeast Asia or the Indochinese Peninsula (Laos, Vietnam, Cambodia, Thailand and Myanmar).

Since other Asean members like the Philippines are overseas and practically off-grid, they are peripheral to the power interconnection project.

“I would like to urge Hapua to take bolder steps and incorporate preparedness and resiliency components into the Asean Power Grid,” Cusi said.

“In addition to interconnectivity, we must also ensure that energy systems are able to withstand and bounce back quickly from the impact of disasters,” he added. “We must not allow ourselves to become paralyzed in the face of adversities.”

Bihar: Job creation emerged as top most priority for the new government

Retailers say thefts are at crisis level. The numbers say…

Families gather in Dorchester park for remember those who…