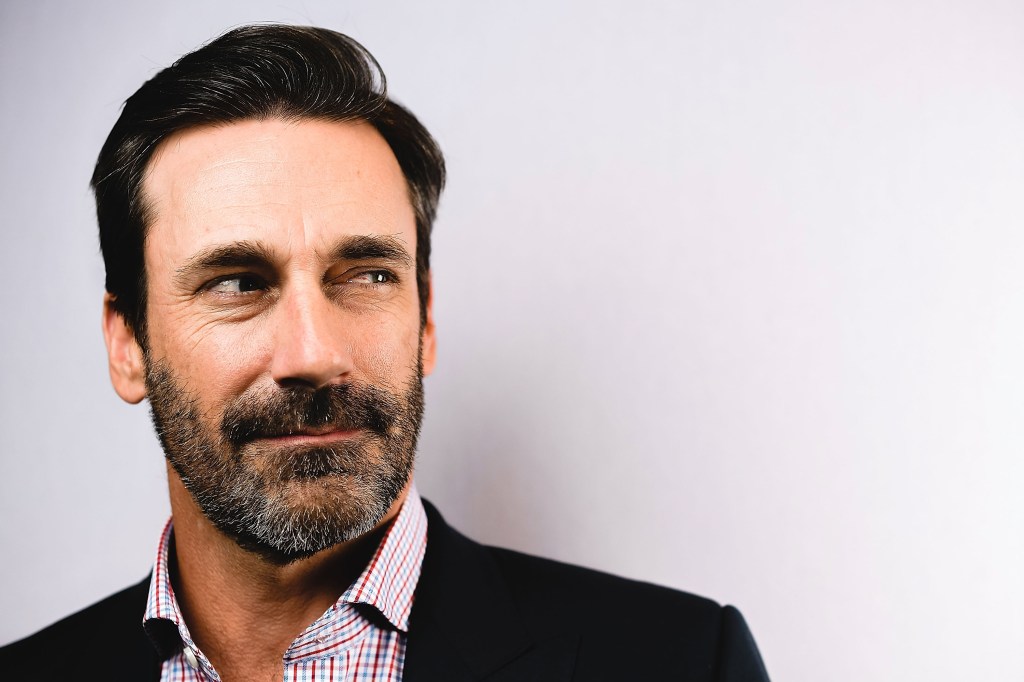 While chatting with Howard Stern Monday, Jon Hamm demonstrated that he has a sense of humor about himself and a rumor that spread about him in 2013.

As the Daily Mail reported, the former “Mad Men” star burst out laughing when Stern confronted him about “the whole penis thing” and the rumor that he didn’t like to wear underwear. The rumor went viral after the actor was photographed walking down Madison Avenue, wearing a particularly clingy pair of pants.

On his Sirius XM show, Stern also mentioned a New York Daily News report at the time that said that Hamm was “was politely instructed by an AMC staffer to please wear underwear” while shooting “Mad Men” because his “impressive anatomy was too distracting.”

“Yeah, I’ve worn underwear every day of my life,” Hamm continued. “With a suit? Come on. I love a comfy boxer brief, thank you very much. I like a breathable cotton. Who doesn’t?”

Hamm won an Emmy for playing the iconic TV anti-hero Don Draper on “Mad Men,” the acclaimed series about 1960s advertising executives that ran from 2007 to 2015. Hamm, who co-starred in this summer’s blockbuster hit “Top Gun: Maverick” is promoting his new comedy film, “Fletch, Confess,” which reunites him with his “Mad Men” co-star John Slattery.

On a more serious note, Hamm opened up to Stern about how he worked with a therapist to deal with the death of his mother when he was age 10, People reported. He said all the work he did on his mental health helped him get to a place emotionally where he finally felt ready to get married and have children.

Hamm is dating actor Anna Osceola, People reported. It is believed that they met in 2015, when she had a small role in “Mad Men’s” series finale. She played a receptionist at the spiritual retreat in Big Sur that Don Draper visits to find redemption. People said Hamm and Osceola made their red-carpet debut as a couple when they attended an Oscars party in March.

“I’m in a relationship right now and … it’s comfortable, it’s a feeling of taking care of someone else and being taken care of,” Hamm told Stern. Hamm was previously in a long-term relationship with actor Jennifer Westfeldt that ended in 2015.

About his relationship with Osceola, Hamm told Stern, “It’s only been in the last couple of years, me kind of sitting down and really thinking about all that stuff, that’s made the relationship that I’m in now even more meaningful and opened up the possibility of things like being married, having kids, defining a new version of happiness, life, wellness … It sounds hokey and whatever, but it’s real and it’s — for want of a better word — it’s what I’m working for.”