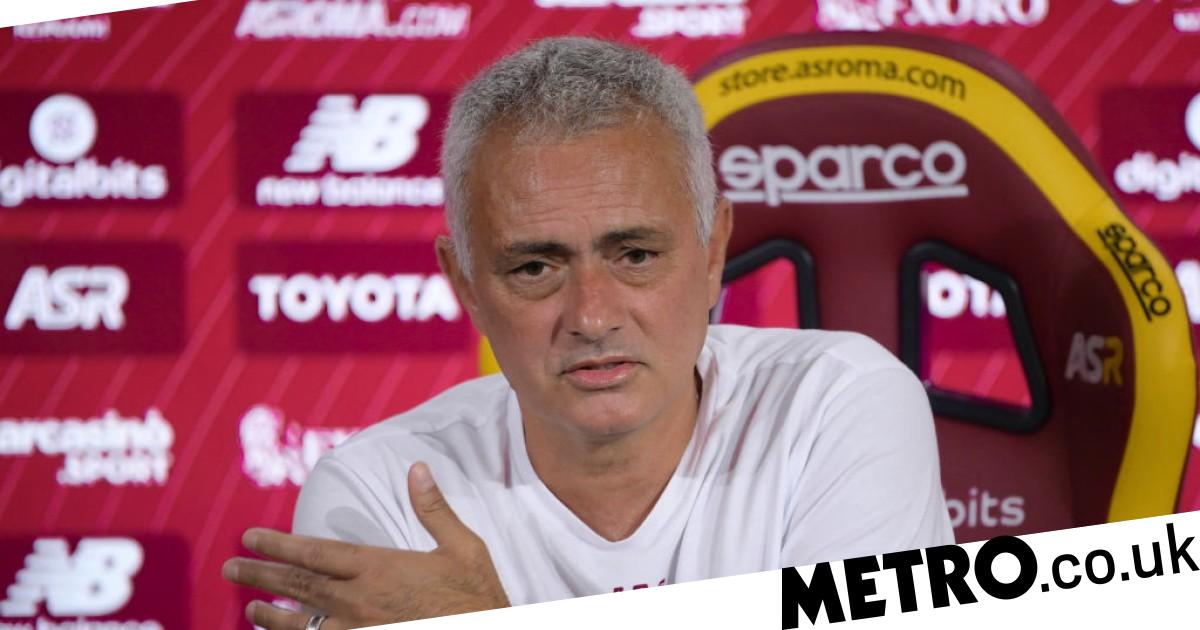 A furious Jose Mourinho said his Roma players should ‘dive like clowns’ to win penalties after being denied a spot-kick in their Serie A defeat to Atalanta.

Roma slipped to their second defeat of the season on Sunday, with Giorgio Scalvini’s first-half goal enough to give Atalanta a narrow win.

Mourinho was sent off for dissent after he reacted angrily to referee Daniele Chiffi’s decision not to award Roma a penalty following a collision between Nicolo Zaniolo and Caleb Okoli.

Speaking after the defeat, Mourinho said his players may as well ‘dive like clowns’ rather than try to stay on their feet if those kind of decisions do not go their way.

‘I asked the referee afterwards why, and asked him to be clear with me that it was because Zaniolo did not go down.

‘So therefore I have to change my advice to my players, I have to tell them don’t try to stay on your feet, don’t play the ball.

‘I have to tell them to be a clown the way many who dive like they’re in a swimming pool do in this league, because that is evidently how you get penalties.’

Roma’s defeat at the Stadio Olimpico leaves them sixth in Serie A with 13 points from seven games. Mourinho’s side face Italian giants Inter Milan following the international break.

Mourinho added: ‘It went badly because we lost a game that we should’ve won easily, considering the way we played.

‘If we can imagine this domination we had in the final third, with many chances created, we can speculate that with Paulo on the field it might’ve been different.’

Navratri colours 2022: Know the colour for each day of the festival