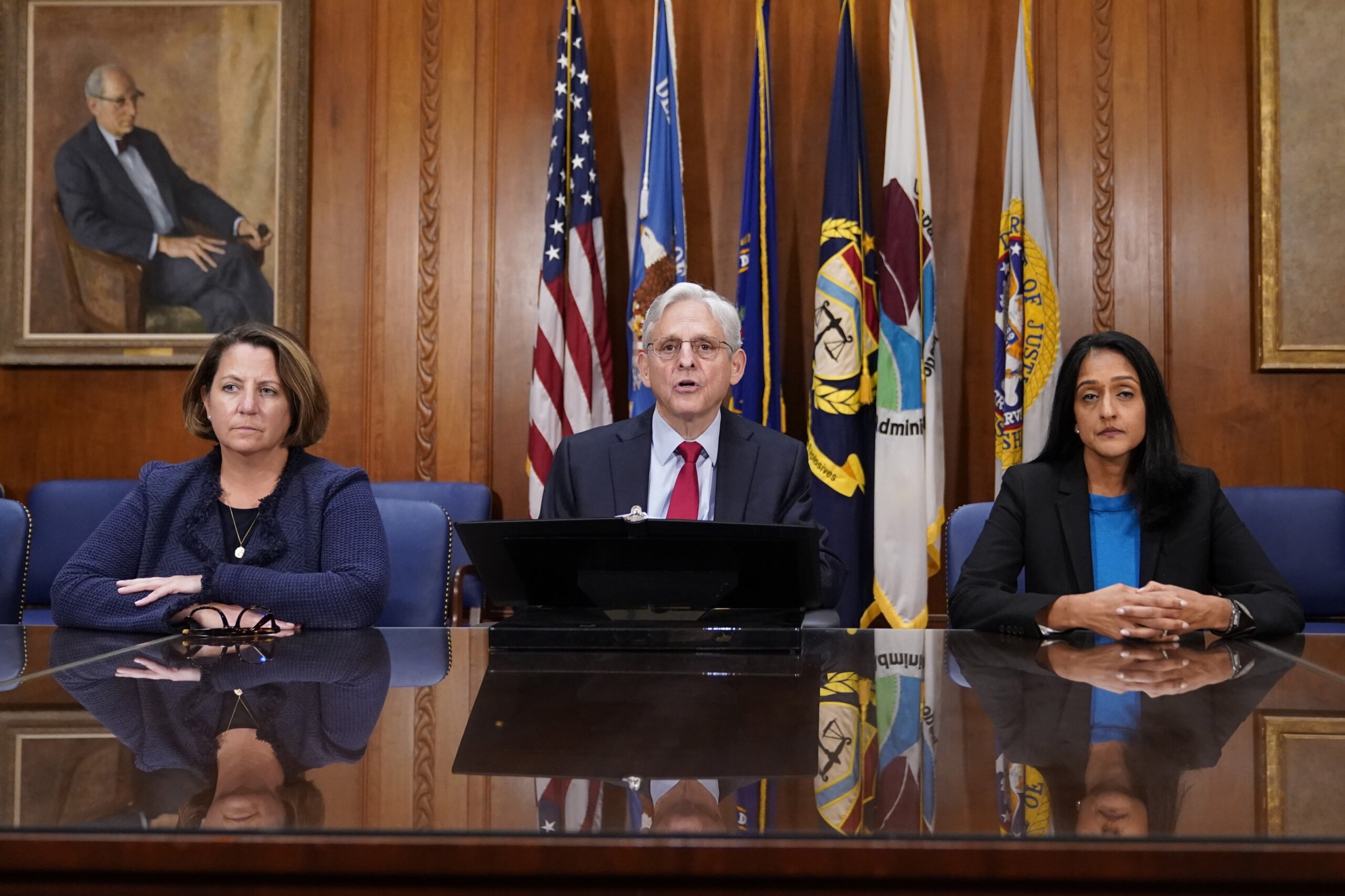 JACKSON, Miss. (AP) — The U.S. Justice Department has won a federal judge’s approval to carry out a rare intervention…

The department filed the proposal for intervention on Tuesday and U.S. District Judge Henry Wingate approved it later that day in Mississippi. The move authorized the appointment of a third-party manager to oversee reforms to Jackson’s water system, which nearly collapsed in late summer and continues to struggle.

At a news conference in Washington, Garland said the proposal is necessary to “stabilize the circumstances” in Jackson as soon as possible while city, state and federal officials negotiate a court-enforced consent decree.

“We have to get something done immediately,” Garland said. “The water is a problem right now, and we can’t wait until a complaint is resolved.”

For days last August, people waited in lines for water to drink, bathe, cook and flush toilets in Mississippi’s capital as some businesses were temporarily forced to close for lack of potable water. The partial failure of the water system that month followed flooding on the nearby Pearl River, which exacerbated longstanding problems in one of Jackson’s two water-treatment plants.

The Justice Department also filed a complaint Tuesday on behalf of the U.S. Environmental Protection Agency against the city of Jackson, alleging it has failed to provide drinking water that is reliably compliant with the Safe Drinking Water Act. By approving the proposal, Wingate put that litigation on hold for six months.

Garland said the purpose of the complaint is to allow the Justice Department to negotiate a consent decree, which would empower a federal court to force changes to Jackson’s water system.

Jackson Mayor Chokwe Antar Lumumba said in a news release Wednesday that the proposal, which the city and the state health department signed, was the culmination of months of collaboration.

“The agreement is another step in a long process and is a collective effort that ensures Jacksonians will not be forgotten, and that our ultimate goal of creating a sustainable water system will be realized,” Lumumba said. “We hope that this collaborative effort to repair, replace and modernize Jackson’s water infrastructure will become a national model for other U.S. cities facing similar issues.”

Lumumba also praised the selection of Ted Henifin as the interim third-party manager of the Jackson water system and Water Sewer Business Administration, the city’s water billing department. Henifin, a former public works director in Virginia, has been “instrumental” in lending his expertise to local officials, Lumumba said.

The Justice Department proposal lists 13 projects that Henifin will be in charge of implementing. The projects are meant to improve the water system’s near-term stability, according to a news release. Among the most pressing priorities is a winterization project to make the system less vulnerable. A cold snap in 2021 left tens of thousands of people in Jackson without running water after pipes froze.

Garland said the Justice Department’s involvement in the Jackson water crisis is part of the department’s strategy for achieving environmental justice in “overburdened and underserved communities.”

“The department’s founding purpose was to protect the civil rights of American citizens. Part of the reason that I wanted to be the attorney general was to work on those problems,” Garland said Wednesday. “This is an example of our using all the resources of the Justice Department on civil rights issues.”

The situation in Jackson required the Justice Department to respond with the “greatest possible urgency,” Garland said.

“We realize how horrible the circumstances are there,” he said. “It’s hard to imagine not being able to turn on a tap and get safe drinking water.”

Associated Press writer Michael Balsamo contributed from Washington. Michael Goldberg is a corps member for the Associated Press/Report for America Statehouse News Initiative. Report for America is a nonprofit national service program that places journalists in local newsrooms to report on undercovered issues. Follow him on Twitter at twitter.com/mikergoldberg.