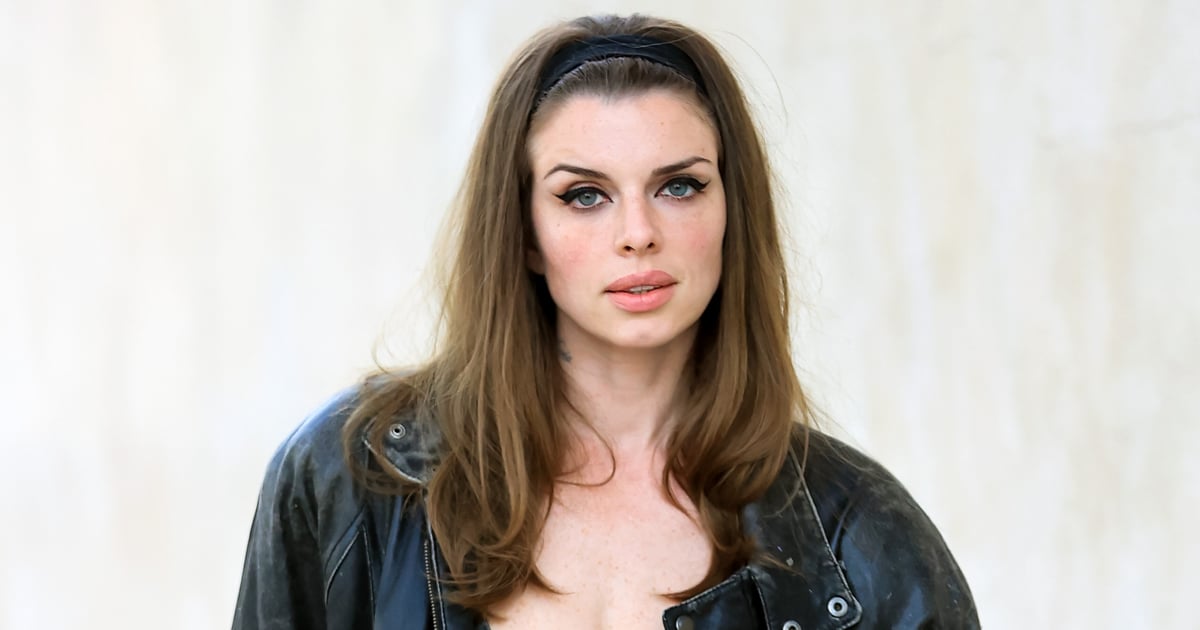 Julia Fox is known for trialing some head-turning looks on and off the red carpet and runways. For New York City Ballet’s 2022 Fall Fashion Gala on Sept. 28, she stepped out in a silver foil gown by Zac Posen, complete with ballooning sleeves and an extra-long train. The futuristic feel of Fox’s gown continued into her makeup, which featured silver metallic eyeshadow and bleached eyebrows for another bold twist.

While her hair and makeup overall were a bit more understated compared to her larger-than-life dress, Fox’s eyebrows spoke for themselves. The hair, which is usually a dark-brown hue, had been bleached to a platinum-white color, making them almost disappear into Fox’s fair complexion. The eyebrows were framed by her long chestnut-brown hair, styled in a middle part and straightened with flipped-in ends. Fox’s makeup also appeared to include the underliner makeup trend, with a buffed-out shade of red eyeshadow or liner drawn along her lower lash line. To finish off the icy look, she wore a glossy lip and seemingly little to no mascara.

Bleached brows have become an unlikely trend as of late with celebrities like Maisie Williams, Jaden Smith, Dove Cameron, and Gigi and Bella Hadid giving it a try. Take a peek at Fox’s bleached eyebrows ahead. 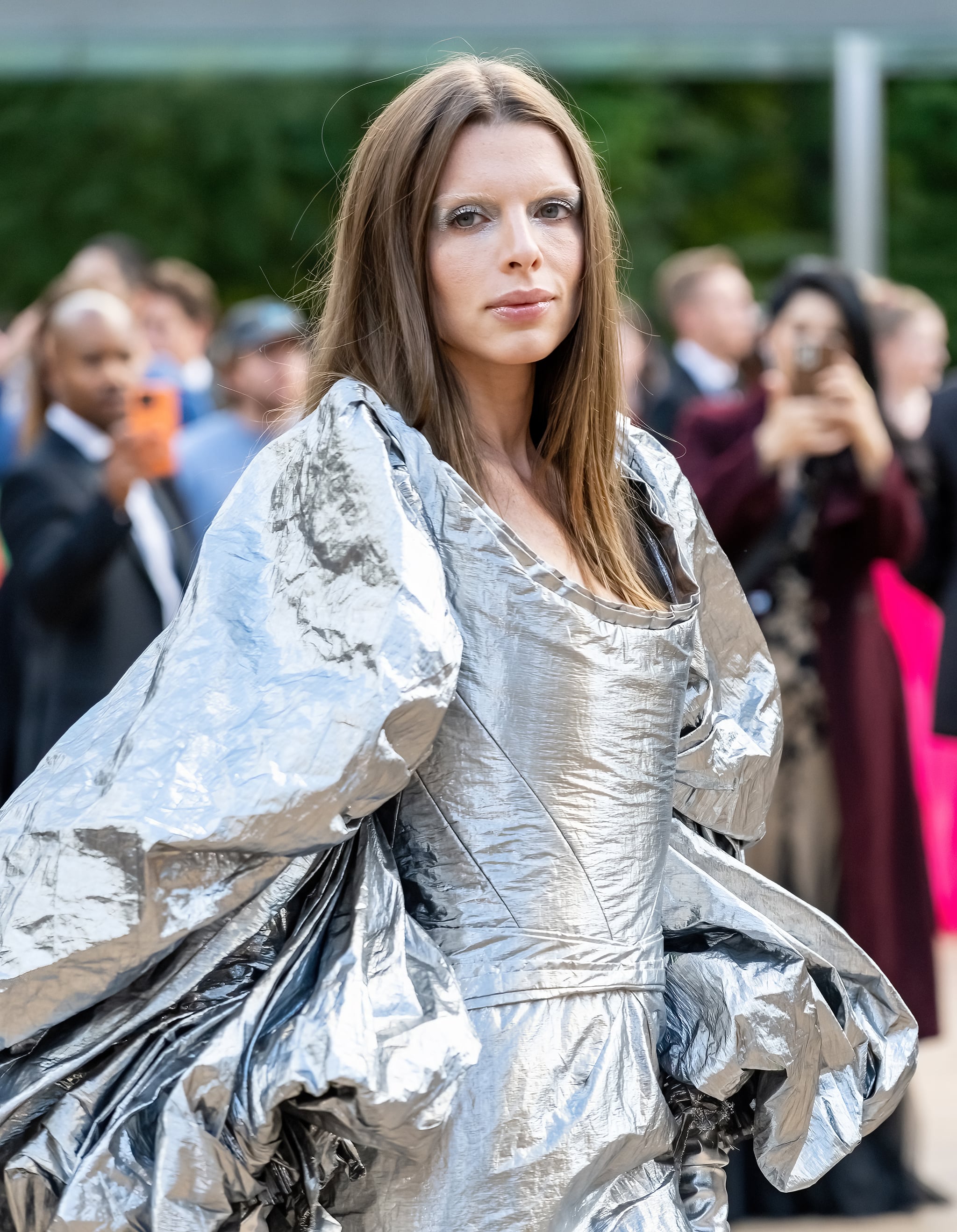 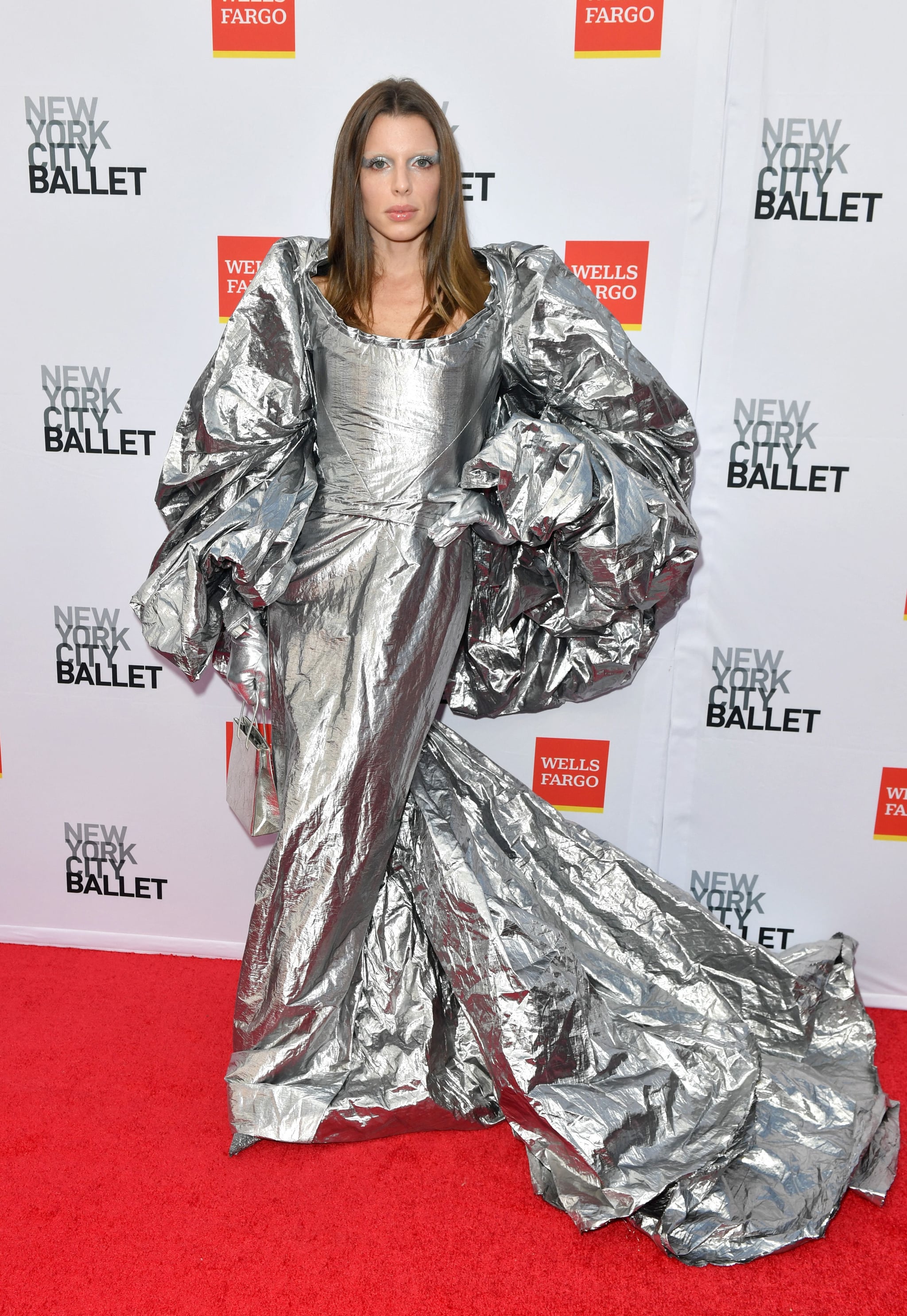