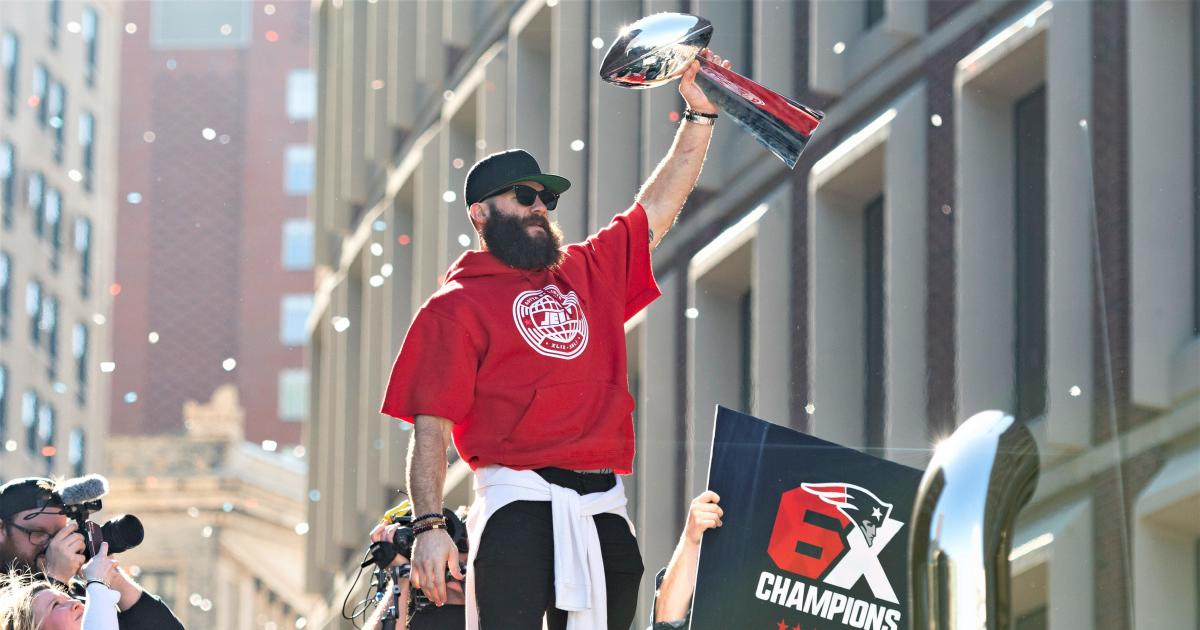 BOSTON — Julian Edelman knows what a dynasty is. More than most.

And though Edelman isn’t contributing to any dynasties on the field right now, he’s still out there defending the sanctity of the word “dynasty.”

Edelman showed that in the opening moments of Tuesday’s episode of “Inside The NFL” on Paramount+. Off the top of the show, Hall of Famer Michael Irvin got awfully excited about the Philadelphia Eagles.

“If this team puts the right hand under center and the right hand on the steering wheel — coach and quarterback — then this team can seriously be considered a dynasty moving forward,” Irvin said. “They got talent — they got talent, and they got some great picks coming up. If they do the right thing, this can be a long, long ride.”

Edelman physically could not stop himself from protesting that comment.

“Mike … did you just say dynasty after Week 2? Can we win a Super Bowl before we do anything? It’s Week 2!” Edelman said.

Irvin clarified — without backing off — that he was simply optimistic for the Eagles this summer, and it’s now coming to fruition.

“I’m just defining dynasty,” Edelman replied. “You need to have multiple Super Bowls to be a dynasty. I’m just saying.”

Edelman, of course, was part of the greatest dynasty in NFL history, winning three Super Bowls with the Patriots from 2014-18, which was the second leg of the dynasty for Bill Belichick and Tom Brady. Irvin himself is quite familiar with dynasties, too, having won three Super Bowls in four years with the Cowboys in the ’90s. Fortunately for Irvin, Edelman was nearby to help remind him of what the word dynasty actually means.

Denial of responsibility! Pedfire is an automatic aggregator of the all world’s media. In each content, the hyperlink to the primary source is specified. All trademarks belong to their rightful owners, all materials to their authors. If you are the owner of the content and do not want us to publish your materials, please contact us by email – [email protected]. The content will be deleted within 24 hours.
julian edelman
0
Share