Kareena Kapoor Khan, Malaika Arora, Karisma Kapoor and Amrita Arora attended designer Manish Malhotra’s birthday on Monday. Several pictures of Kareena and her girl squad went viral on social media. On Tuesday, Kareena took to her Instagram Stories and shared a picture with her ‘best friends’ from the party.

In the photo which was originally shared by Karisma Kapoor on her Instagram, Bebo can be seen posing with Lolo, Malaika and Amrita. The actress added the sticker ‘My best friends’. 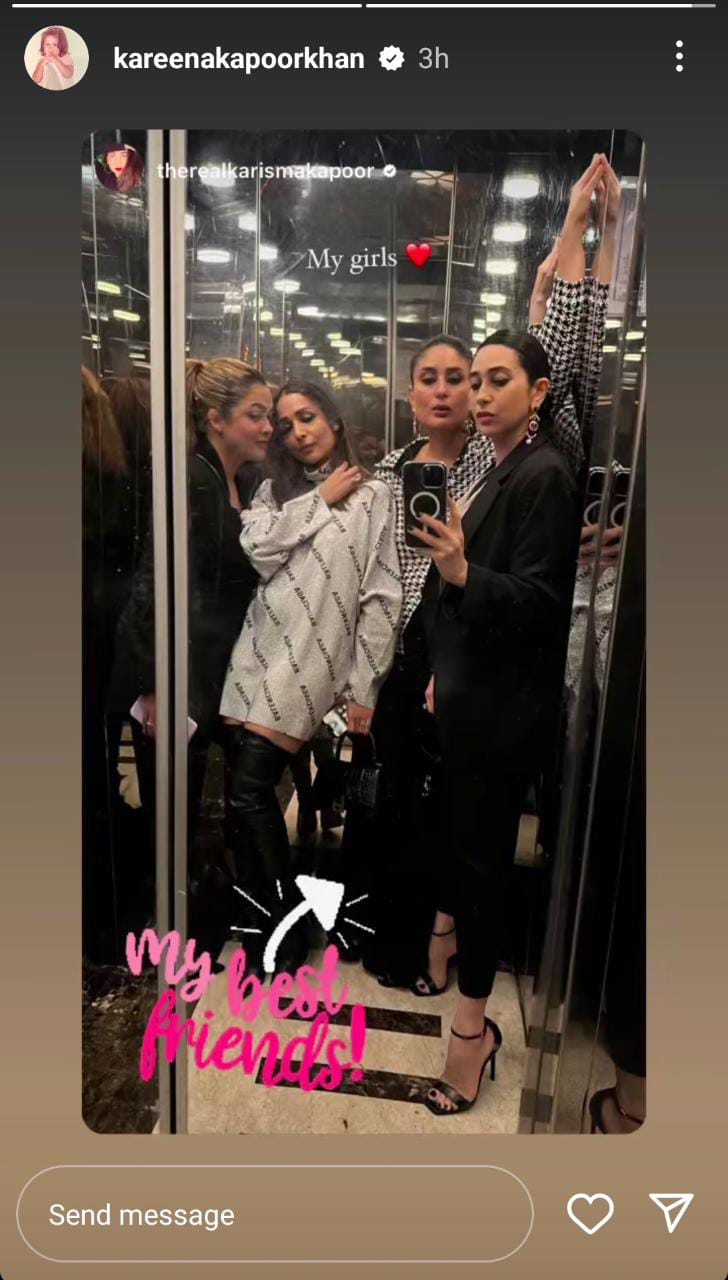 On the work front, Malaika’s reality show ‘Moving In With Malaika’ premiered on Disney Plus Hotstar last night. Arjun, Kareena, Karisma, Amrita and others gave a shout out to her. Talking about Karisma, she will be seen in Brown.

Kareena, on the other hand, has interesting projects in the pipeline. The actress wrapped up the shoot of Hansal Mehta’s upcoming film in London last month. Kareena had shared pictures from the sets on Instagram. She also has The Devotion of Suspect X with Vijay Varma and Jaideep Ahlawat. The film will be released on Netflix.

Apart from that, few days ago, Kareena announced a film titled ‘The Crew’ with Tabu and Kriti Sanon.