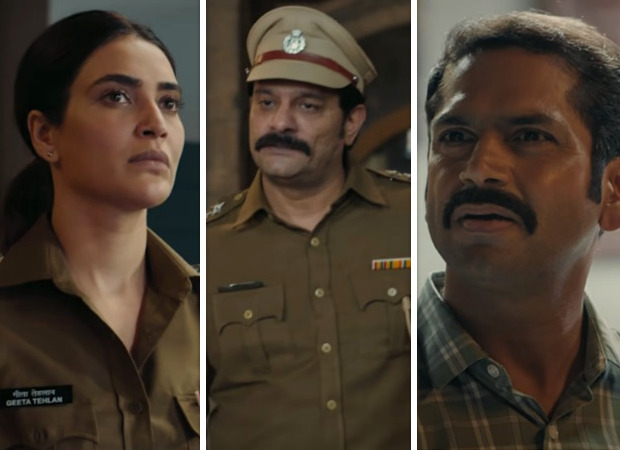 Prime Video on Tuesday released a new video of inspector Geeta, Hathiram, and JK Talpade uniting to unravel the mystery of this unusual case in ther upcoming series, Hush Hush. Focussing on three types of people in society – The Rich, Rich in the making, and the working class, inspector Hathiram asks a piqued JK to buckle up to clean the high-society mess. As the three cops put their heads together, Srikant Tiwari (Manoj Bajpayee) calls JK, asking him to back out. Hathiram too understands the dangers of a high-profile case and asks Geeta to be careful. However, the brave and dedicated young officer decides to fight it all. Will Geeta be successful in knowing what went wrong that unfortunate night?

A dead body in the posh society of La Opulenza and a missing PR professional – Ishi Sanghamitra, have turned the privileged lives of Zaira, Saiba, and Dolly into a nightmare. With pressure increasing every second, inspector Geeta Tehlan (Karishma Tanna) is on her toes, but the secrets are murkier than her imagination. As she digs deeper, she is joined by two of the most sought-after cops from the Prime Video universe – Hathiram Chaudhary (Jaideep Ahlawat from Pataal Lok) and JK Talpade (Sharib Hashmi from The Family Man).