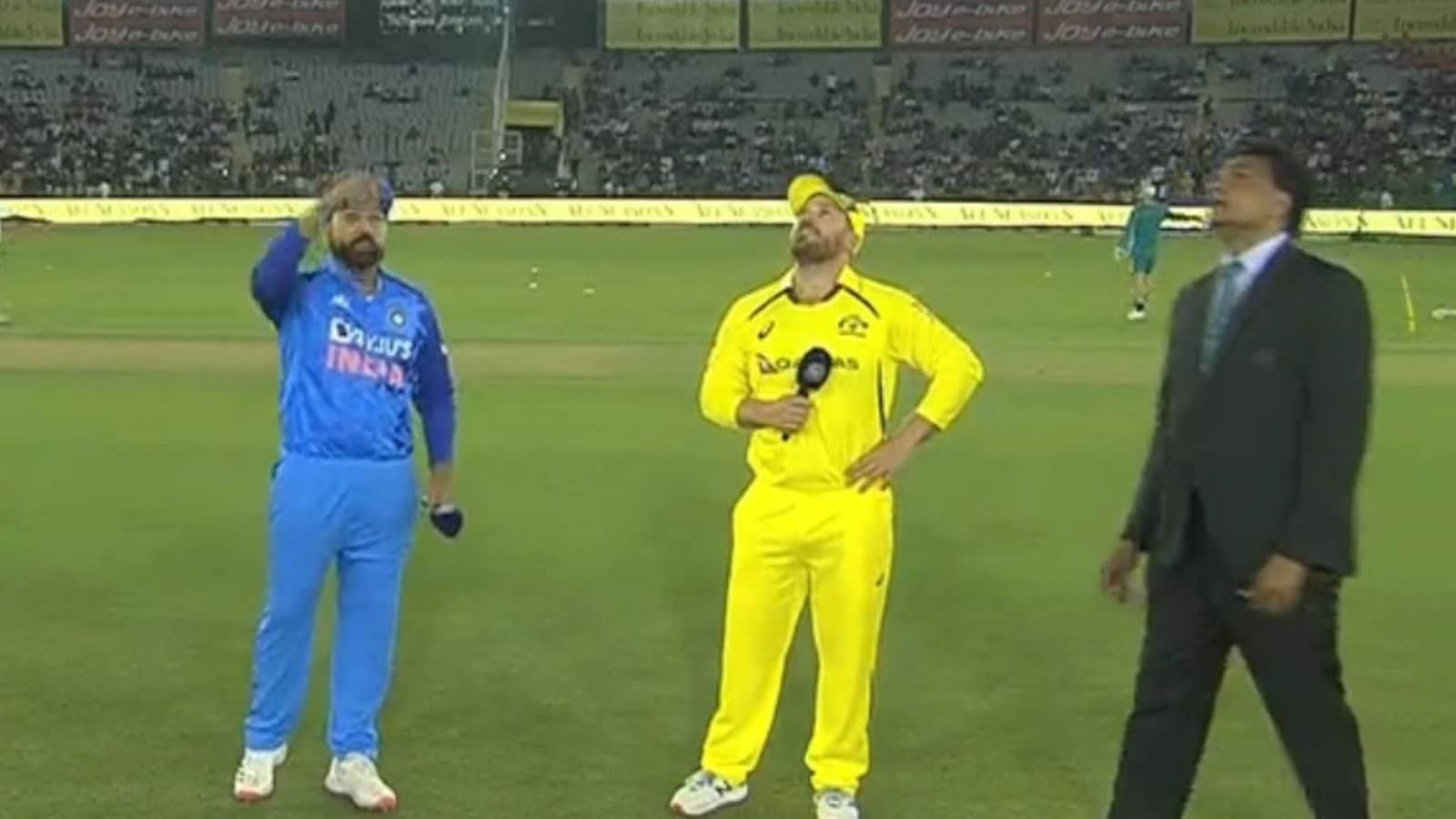 Finally, the wait is over as India and his boys are ready to take on Australia in the first T20I in Mohali on Tuesday. Rohit Sharma & Co will take the field donning the new Team India jersey which was launched on Sunday in Mumbai. India are coming into the contest after a disheartening exit from the Asia Cup where they couldn’t make it to the finals. The 3-match series gives them an opportunity to prepare better for the T20 World Cup 2022, starting October 16 in Australia.

Meanwhile, Australia captain Aaron Finch won the toss in Mohali and opted to field first. The visitors have handed a debut to explosive batter Tim David who earlier played for Singapore.

“We’re going to have a bowl first. It is about building up to the World Cup, and about getting some information about our boys. Really excited. You expect to be tested, hopefully, some dew comes out. The pitch looks hard and flat. We have a late change to our XI,” said Finch at the toss.

Rohit, on the other hand, informed that Dinesh Karthik has been included in the playing XI ahead of Rishabh Pant while Jasprit Bumrah has been given a break. The speedster has been replaced by Umesh Yadav who will play his 1st T20I game since February 2019.

“It is an opportunity to test ourselves. Every game is a big game to learn. We got to learn so much in the last six-eight months on how to win games. This series will be no different for us to express ourselves. Looking at what happened in the Asia Cup, we had a chance to reflect on where we went wrong. This gives us an opportunity to correct ourselves as a group. Nothing changes in terms of our approach. Unfortunately, there are some injuries in the squad. Bumrah is not playing, he will take a game’s break and probably come back in the second and the third game. We have Axar and Chahal,” Rohit said.

Here are the Playing XIs:

Denial of responsibility! Pedfire is an automatic aggregator of the all world’s media. In each content, the hyperlink to the primary source is specified. All trademarks belong to their rightful owners, all materials to their authors. If you are the owner of the content and do not want us to publish your materials, please contact us by email – [email protected]. The content will be deleted within 24 hours.
Dinesh Karthik Umesh YadavIND vs AUS 1st T20IIND vs AUS 1st T20I toss reportIndia vs Australia 1st T20I TossIndia vs Australia 2022jasprit bumrahTim David
0
Share