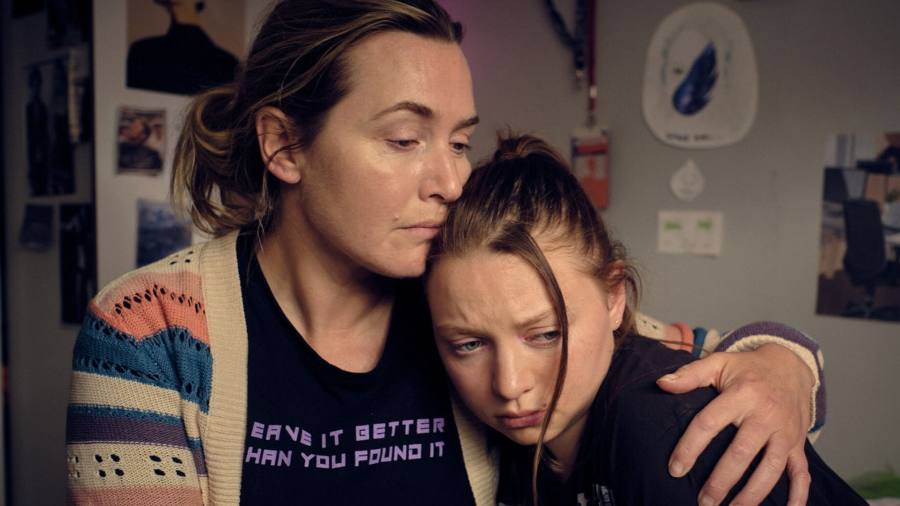 Kate Winslet has cut it fine. But with just three weeks of 2022 to go she gives what may well be the best small screen performance of the year in the arresting drama I Am Ruth.

The latest in Dominic Savage’s acclaimed series of standalone female-led programmes for Channel 4, it follows two previous mini-series of I Am . . . in 2019 and last year. The new feature-length episode (co-written by Winslet) tells an urgent, aching story about a mother’s struggle to get through to her social media-addled daughter who has retreated behind impenetrable emotional barricades.

To say that Winslet “plays” Ruth is an understatement — she inhabits the character to the point that we lose sight of the movie star. All the concern, frustration and love that swell and compete within Ruth as she begins to crack under the weight of her daughter’s withdrawal seems to be acutely felt by Winslet — etched on her skin, even — rather than just acted out.

The emotional authenticity that Winslet brings to the role is further amplified by the fact that she appears opposite her real-life daughter, Mia Threapleton, who plays the troubled 17-year-old Freya. Although such close-to-home casting might have yielded self-conscious performances, what we get instead is a drama elevated by instinctive, organic exchanges and moments of unaffected intimacy. This rawness can at times be overwhelming. There are several instances when the characters are so vulnerable — not least an utterly heartbreaking scene in which Ruth discovers that Freya has self-harmed — that it almost feels like intruding on a private family moment.

That Ruth and Freya seem so real is not solely thanks to the richness of the acting. Although the film is fictional, similar scenes are playing out in homes across the world. Billed as a story about “the endemic mental health crisis affecting young people”, the drama meaningfully illustrates the corrosive impact that social media can have on a person’s relationships and sense of self worth.

Yet the film is careful to avoid didacticism and judgment. Instead, it shows an abundance of compassion towards the characters who are consumed by their own perceived inadequacies. It recognises both how isolating it is to be a parent tasked with staying strong and constant while breaking apart on the inside, and how desperately hard it is to be a teenager in a time of merciless online scrutiny.

But some signs of hope emerge in the form of open communication. When Ruth stops concealing her distress and shares it, Freya in turn begins to articulate her own bewildering feelings of depression. Perhaps this exquisitely heartfelt drama will inspire viewers to do likewise.

Streaming now on All4

Here’s why microbes in the deep ocean live without…