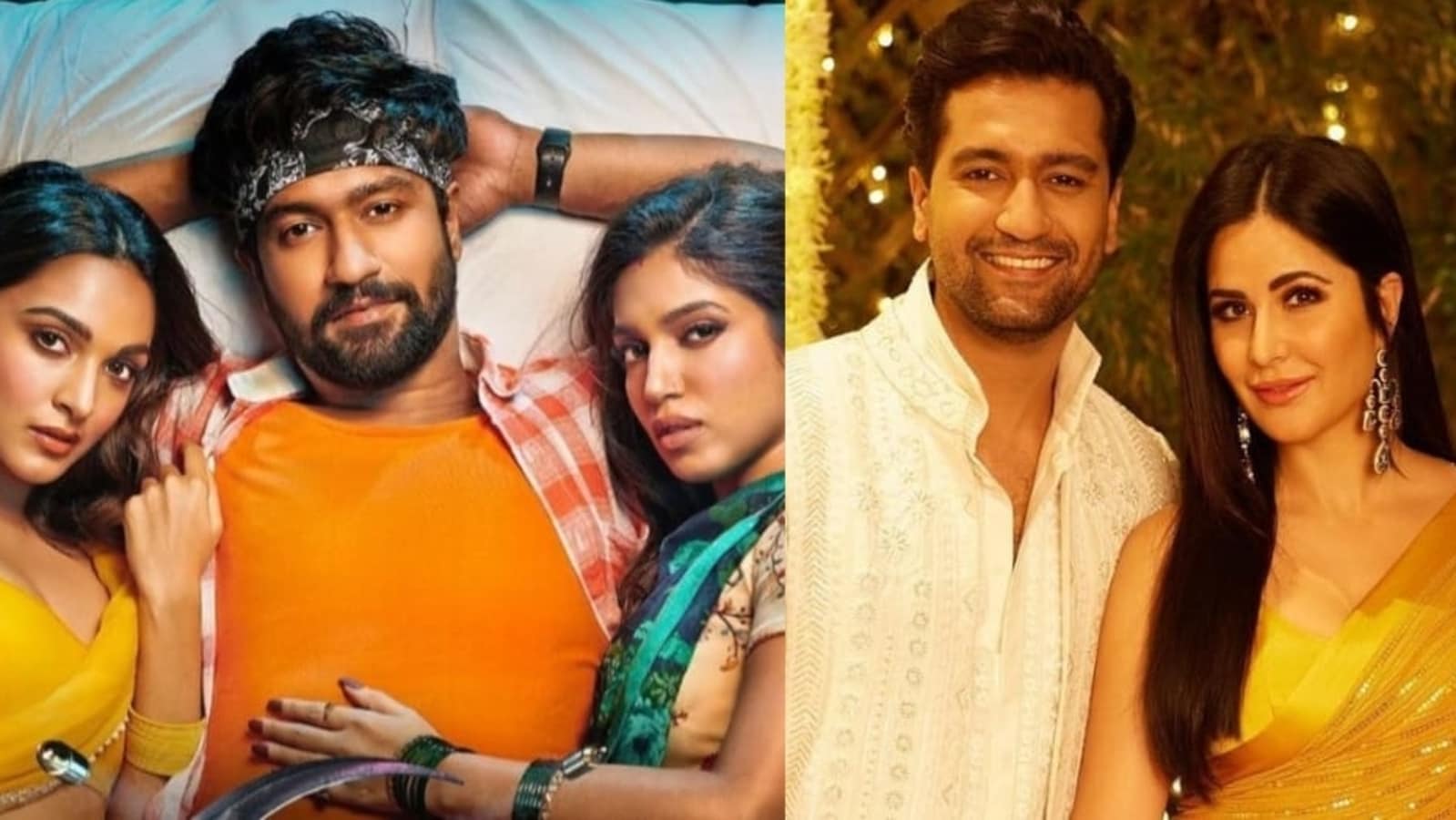 On Sunday, the cast and crew of Govinda Naam Mera unveiled the trailer of the film, which will premiere on Disney+ Hotstar next month. The comedy-thriller features Vicky Kaushal, Kiara Advani and Bhumi Pednekar in lead roles. Giving a shoutout the film’s cast, Katrina Kaif and Sidharth Malhotra took to Instagram Stories to praise the trailer and upcoming film. Also read: Govinda Naam Mera trailer

Katrina wrote along with the trailer on Instagram Stories, “Looks too fun.” She added a star-eyed emoji. Reacting to this, actor-husband Vicky re-shared her message, and dropped a red heart emoji and wrote, “My”. Kiara’s rumoured boyfriend Sidharth Malhotra shared a poster of Govinda Naam Mera after the trailer launch event in Mumbai. The actor tagged Vicky, Bhumi and Kiara, and wrote, “Exciting cast and the intriguing plot… looks like a mad fun ride, really looking forward guys.”

In a video shared from the Govinda Naam Mera trailer launch event, Vicky was asked about Katrina Kaif’s reaction after watching the trailer. The actor had replied, “Acha laga (she liked it).” When the actor was asked if the couple would be seen together in a film soon, Vicky told the paparazzi, “Aap log produce karo (you should produce the film).”

Directed by Shashank Khaitan, Govinda Naam Mera is produced by Karan Johar’s Dharma Productions and Viacom18 Studios. Last week, Vicky and Karan had announced that their first movie Govinda Naam Mera will have an OTT release. The film was initially scheduled to be released in theatres. However, it will now be released on Disney+ Hotstar on December 16.

Recently, the film’s team had shared some character posters featuring the cast. As per the film’s synopsis, Govinda Naam Mera is ‘the story of Govinda Waghmare, who is small-time junior background dancer. Life is not going great for this boy next door as he owns a huge amount of money in debt and his house is at stake. To make matters worse, his wife Gauri (Bhumi Pednekar) is having an affair and also physically abuses him. The only silver lining in Govinda’s life is his girlfriend Suku (Kiara Advani), with whom he loves to dance in the Mumbai rains’.