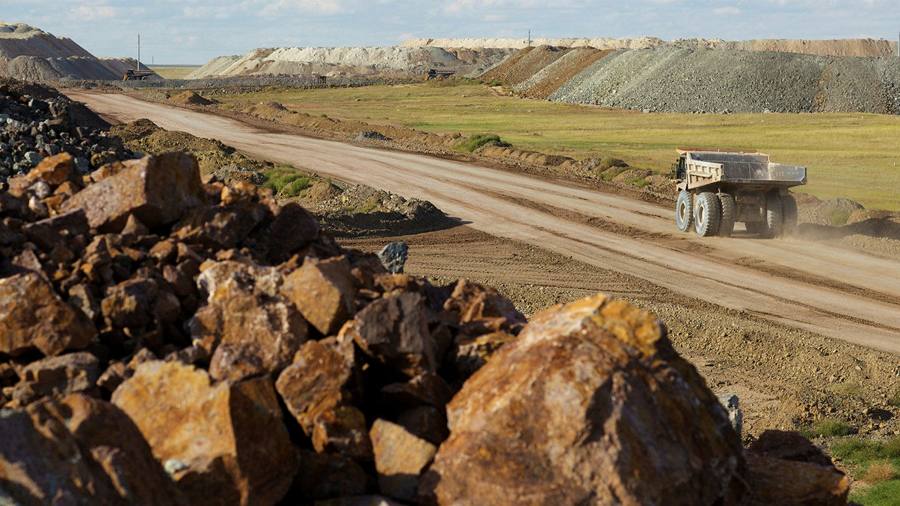 A top-10 shareholder in Kaz Minerals is seeking help from other investors to oppose a £3bn buyout of the London-listed copper producer by its chairman and a Kazakh metals tycoon.

CFC Management, a Russia-based investment adviser that represents shareholders with a 3.6 per cent stake, has hired proxy adviser Georgeson to gauge opinion on the bid from other investors.

“CFC Management would welcome the opportunity to exchange views on the . . . offer for Kaz Minerals as well as hear what you have to say on the subject,” Georgeson said in email sent to minority shareholders.

Kaz chairman Oleg Novachuk and billionaire Vladimir Kim have offered to buy out the 61 per cent of the company they do not already own for 640p a share in cash via a bidding vehicle called Nova Resources.

An independent committee of Kaz directors has said it plans to recommend their bid because it offers investors an opportunity to realise their investment “at a premium in cash in the near term”.

However, CFC and RWC Partners, another top-10 Kaz investor with a stake of just under 3.3 per cent, have said they intend to vote against the bid.

CFC believes the offer does not reflect the company’s “fair value and growth potential”, while RWC has said it “materially undervalues the company’s existing and future projects”.

Because of the deal’s current structure, traders reckon it would only take a small group of minority shareholders with a collective holding of about 12 per cent to scupper the buyout — assuming a 75 per cent turnout at a special meeting scheduled for December.

Investors will be able to raise any concerns they have about the proposed buyout before a judge in the Companies Court, London, on November 23.

This meeting has been convened because Kaz wants a judge to rule that a group of shareholders including Chelsea Football Club owner Roman Abramovich have the same status as other investors and can vote on the deal.

The Abramovich group in total controls about 6 per cent of Kaz Minerals and stands to receive $225m in cash if the deal goes ahead. This payment is related to the Baimskaya, a huge copper deposit in one of the most remote parts of Russia.

Kaz bought Baimskaya from Mr Abramovich and his business partners in 2018 for around $900m in cash and shares. Under the terms of the deal, payment of the outstanding amount can be accelerated and paid in cash in the event of takeover.

Baimskaya, whose budget has already blown out to $7bn from $5.5bn, has divided Kaz shareholders.

Some investors would like to see the company release a detailed report on the project, known as a bankable feasibility study, before they vote on the deal. They are likely to raise this point with the judge at the hearing on November 23.

Kaz has already provided two updates on the project over the summer to keep investors appraised of its progress. In August, chief executive Andrew Southam told investors that the study was scheduled to be completed by the end of the year.

He said discussions with the Russian government on infrastructure would be a key factor in determining the release data for the study. “The finalisation of that feasibility study will be dependent on when we conclude those discussions,” he said.

In statement CFC said: “CFC Management continues to review the terms of the proposed transaction and is working on its statement and arguments in anticipation of the court hearing on November 23rd.”

It may already be too late for Brexit trade deal: EU official