Kevin Bacon hated not being recognised in public – ‘Who doesn’t want to be loved?’ | Films | Entertainment 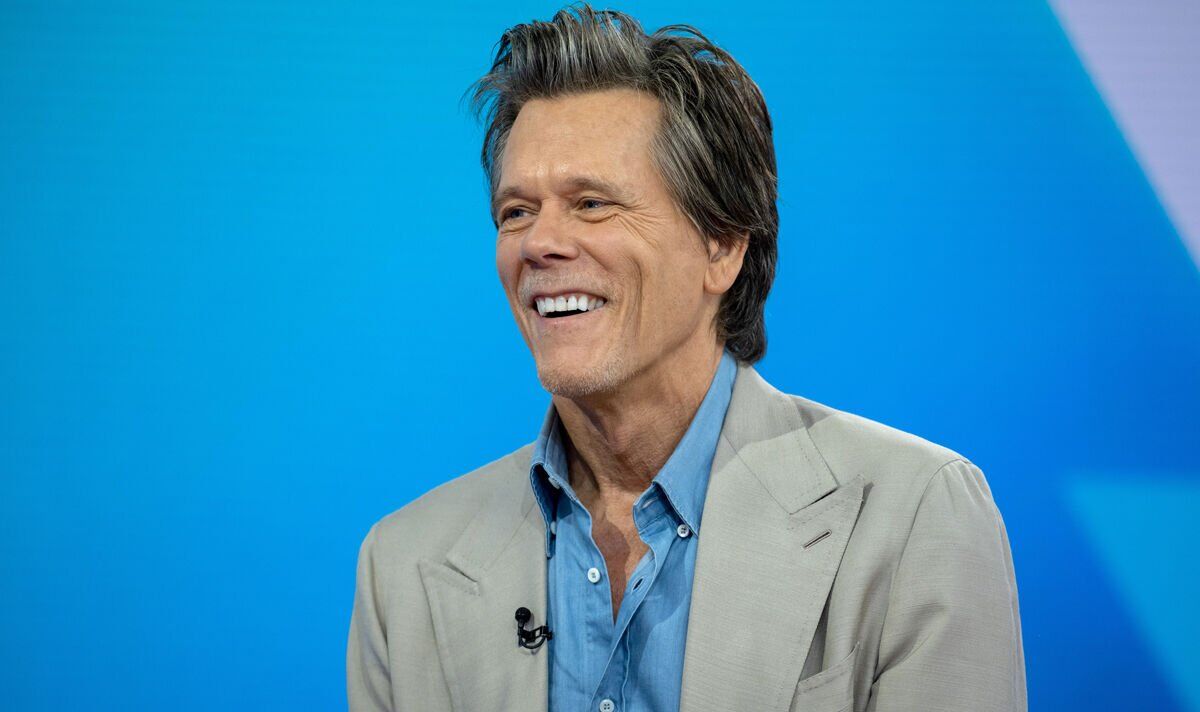 This week, on Friday, November 25, 2022, Disney Plus will release The Guardians of the Galaxy Holiday Special. The film follows Peter Quill tracking down real-life Kevin Bacon on Earth after becoming obsessed with Footloose as a child. Bacon was likely pleased to be recognised by Star-Lord, as he previously confessed he enjoyed being spotted in public and hated anonymity.

Scroll down to watch the full interview now

Bacon appeared on The Graham Norton Show back in 2017 where he admitted these feelings while sat next to Jessica Chastain and Diane Keaton. During the interview, he was quizzed over his fame, as he has been a notable figure in the public eye since his Hollywood debut in 1978’s National Lampoon’s Animal House.

Since then, he became internationally famous with such smash-hit movies as Footloose, Planes, Trains and Automobiles, and Tremors, to name a few.

However, Bacon confessed that being anonymous was not something he enjoyed at all. “I’ll tell you,” he said. “People don’t talk about the fact that being recognisable is 99.9 percent good, because people are nice to you all day long, for absolutely no reason!”

Bacon went on to explain some more of the perks of being internationally well-known and liked. The EE advert star said: “That’s a great feeling, and, you can get out of tickets, they’ll give you free sneakers and s**t like that. It’s mostly good, is my point.”

However, curiosity got the better of him. He went on: “Once in a while, you think to yourself, like, what would it be like to just walk through the world anonymously?” With that thought, he carried out an experiment. He hired some Hollywood special effects make-up artists to change his entire face. With prosthetics and face skin, flesh, and hair, he looked completely different. Then, he went out.

“I went to an outdoor shopping mall in Los Angeles called The Grove,” he remembered. “And it’s sort of the worst place you want to walk around in if you’re a celebrity. That’s a guaranteed place for you to be taking some selfies.”

Crestfallen, he said: “I walked straight through The Grove and nobody recognised me. And it was awful.” Bacon laughed: “I was like, this sucks man, I’m going back to Kevin Bacon ASAP!”

Bacon recently looked back on Footloose, and the legacy it has cultivated since its release in 1984. Speaking to The Today Show’s Willie Geist, he said of the iconic ’80s movie: “I love it.”

He went on: “I think it’s great. It’s like all of those things that you think: ‘Oh, my gosh, is it ever going to go away?’ At a certain point, you have to embrace the beast. I think that it was a great gift to be part of that movie.”

Looking back on trying to break into the industry as a “real” actor, he added: “I certainly took it very seriously when I was doing it and I love that people will still come up and say that they just showed it to their kids.”

Most recently, the Footloose song by Kenny Loggins became a viral TikTok dance trend, which Bacon and his wife, Kyra Sedgwick, joined in on.