Kevin Porter Jr. returns from back injury with best game of season 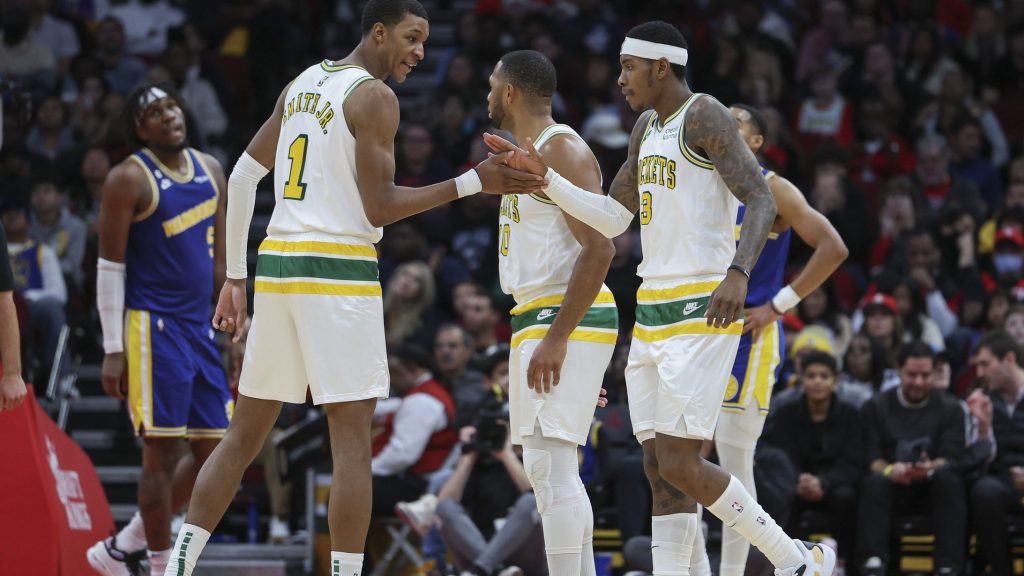 Kevin Porter Jr. missed Friday’s home game with a sore back and was doubtful to play Sunday versus Golden State as of that morning’s injury report. But the fourth-year guard found a way to play through the pain and delivered his best game of the season so far.

Porter scored a season-high 30 points in Sunday’s close loss to the defending NBA champion Warriors on 10-of-19 shooting (52.6%) and 5-of-11 on 3-pointers (45.5%). He also had 6 assists to only 2 turnovers, and it very easily could have resulted in a win if not for epic nights by future Hall of Famers Steph Curry and Klay Thompson.

“I feel comfortable,” Porter said postgame. “Everything’s been slowing down. It’s just really consistency with me. I’ve figured out the whole NBA speed and rhythm, and everything like that.”

“What he brings with his passion, his defense, his size, his scoring ability, and his ability to make plays for others, we sorely missed that the other day,” Silas said of Friday’s loss to Indiana. “If he were out there, that probably would have been a victory for us.”

Those showings were offset by an uncharacteristically poor showing from Porter’s backcourt partner, Jalen Green, who connected on just 4-of-15 shots (26.7%) and 1-of-8 on 3-pointers (12.5%).

Yet, between Porter and career highs in scoring by rookie forwards Jabari Smith Jr. and Tari Eason, Houston (3-14) rallied back from an early 18-point deficit and gave itself a chance to win. For now, that will have to be consolation for the young and rebuilding club.

“It’s growth,” Porter said. “This is a very good team (Golden State) and organization. There’s definitely a learning aspect that we can take. We’re going to get to that point, the more we stay together.”

“Nobody in that locker room should have their head down,” Silas said of Houston’s relatively encouraging showing.

Porter and the Rockets continue this homestand on Friday versus Atlanta, with tipoff set for 7 p.m. Central at Toyota Center.