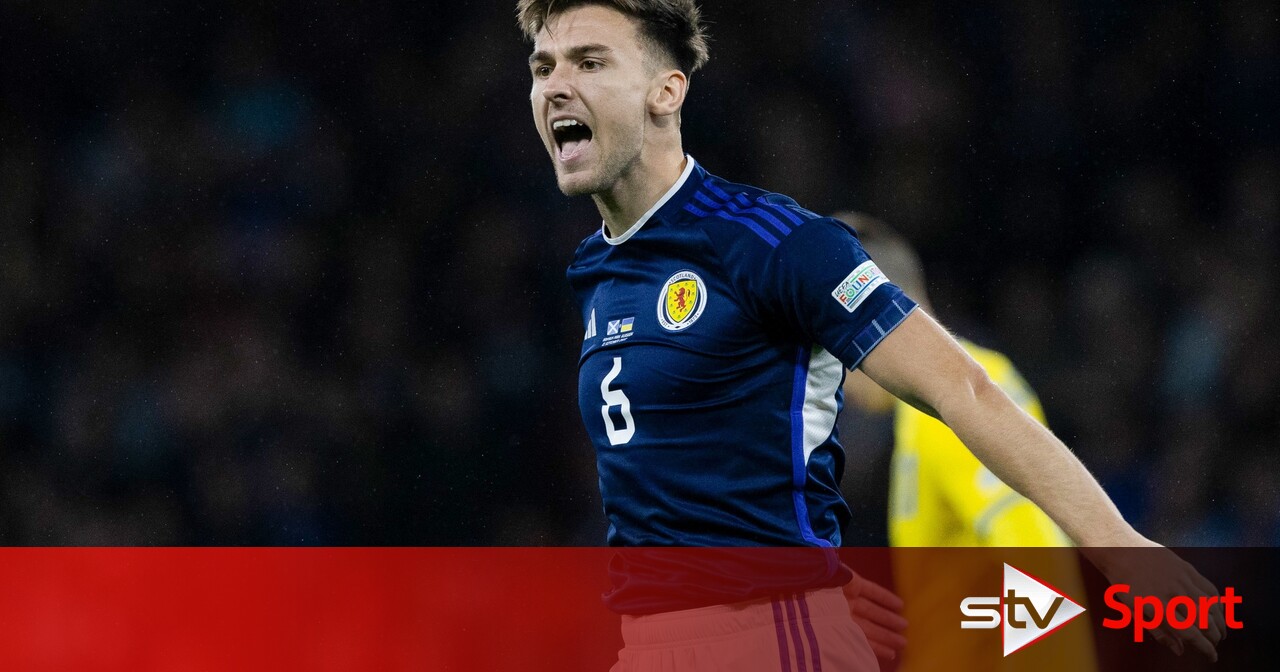 Scotland star Kieran Tierney has said the team owe the Tartan Army a big performance against the Republic of Ireland after a disappointing defeat in Dublin earlier this year.

Stephen Kenny’s side ran out 3-0 winners in June just days after Scotland’s World Cup dreams were crushed in a 3-1 defeat to Ukraine in Glasgow.

But speaking after Wednesday night’s 3-0 win over the Ukrainians, Tierney, who missed both of the heavy defeats in the summer, insists he is confident they can pull a similar reversal on Ireland if they play to their capabilities and have the home support behind them.

The Irish team visit Glasgow on Saturday night for the penultimate Nations League game with Scotland at the top of the table, knowing a win could seal promotion if Ukraine fail to beat Armenia.

As well as aiming to retain top spot, Tierney is out to right the wrongs of the previous meeting between the pair.

He said: “I think we owe the fans more than anyone. You want to get the fans behind you and when it’s like that it’s brilliant, the atmosphere is great.

“That’s what we are aiming for, to get the fans behind us right from the start and if we play the way we can play then hopefully we will get a good result.”

The Arsenal star, who was moved to his natural left back position in the absence of Andy Robertson, was also pleased with the win against Ukraine.

Steve Clarke changed his usual 5-3-2 formation to a 4-5-1 type style and it seemed to work wonders with Scotland putting in a scintillating display much to the delight of the crowd.

And Tierney was full of praise for the coaching staff for managing to implement the style in such a short space of time with the players.

He said: “It was a great performance and a great win, I think everyone played really well tonight, we tried a different formation, high pressed them, and it worked well.

“We’ve not had a lot of time to prepare for it, some of us were just off a game on Sunday.

“But it just shows how much thought and preparation the manager has put into it in the last few weeks and the meetings we have had together.

“Shout out to Austin (MacPhee) as well with the set pieces because that’s another two set pieces tonight. We had a few meetings on that, you don’t have much time to work on it but the preparation he puts into it is brilliant and as you can see the boys and buying into it and buzzing.”

Watching TV with your child might help in their brain development: Study