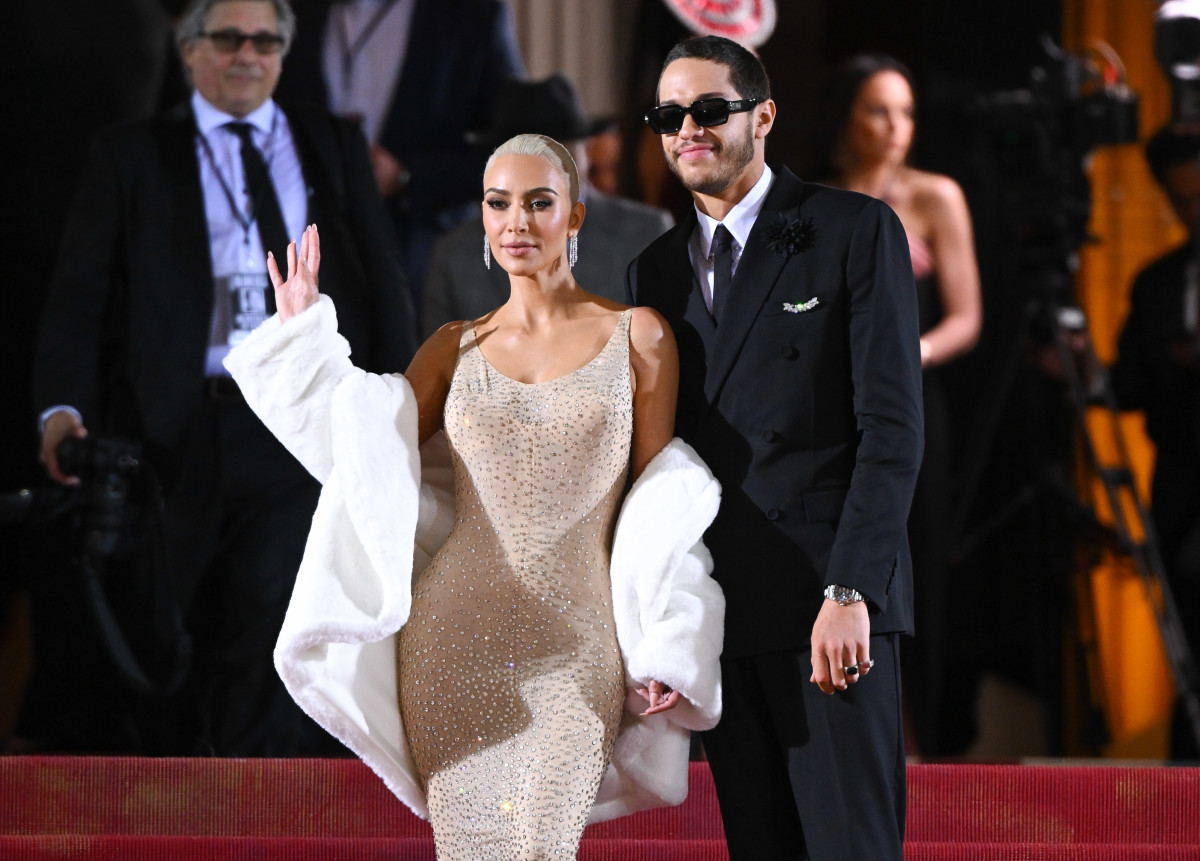 SI Swimsuit cover model Kim Kardashian and comedian Pete Davidson have called it quits. On August 5, E! News reported that the couple, who began dating in November 2021, had decided to end their relationship.

E! News sources shared that while the pair has “a lot of love and respect for each other,” they found that the long-distance dynamic and their demanding schedules “made it really difficult to maintain a relationship.”

This summer Davidson has been in Australia filming Wizards! while the SKIMS founder has been busy with her own ventures as well as co-parenting her four kids with ex-husband, Kanye West.

The Kardashians star and Saturday Night Live alum first met in 2019 and reconnected when Kardashian made her SNL hosting debut in October 2021. The couple famously kissed during an Aladdin-inspired sketch.

Their romance was not without drama as West released a music video for his song “Eazy” where he kidnapped, buried and decapitated a figurine version of Davidson. Davidson reportedly has a tattoo saying “my girl is a lawyer” on his chest and “Jasmine and Aladdin” immortalized on his body.

The duo attended the premiere of The Kardashians and the White House Correspondents Dinner together in April and made a high-profile entrance at the Met Gala in May.

Davidson opened up to Kevin Hart on Peacock’s Hart to Heart. “[I’m] definitely a family guy. My favorite thing ever, which I’ve yet to achieve, is I want to have a kid.” With all drama aside, we hope that both Kardashian and Davidson find what they’re looking for.