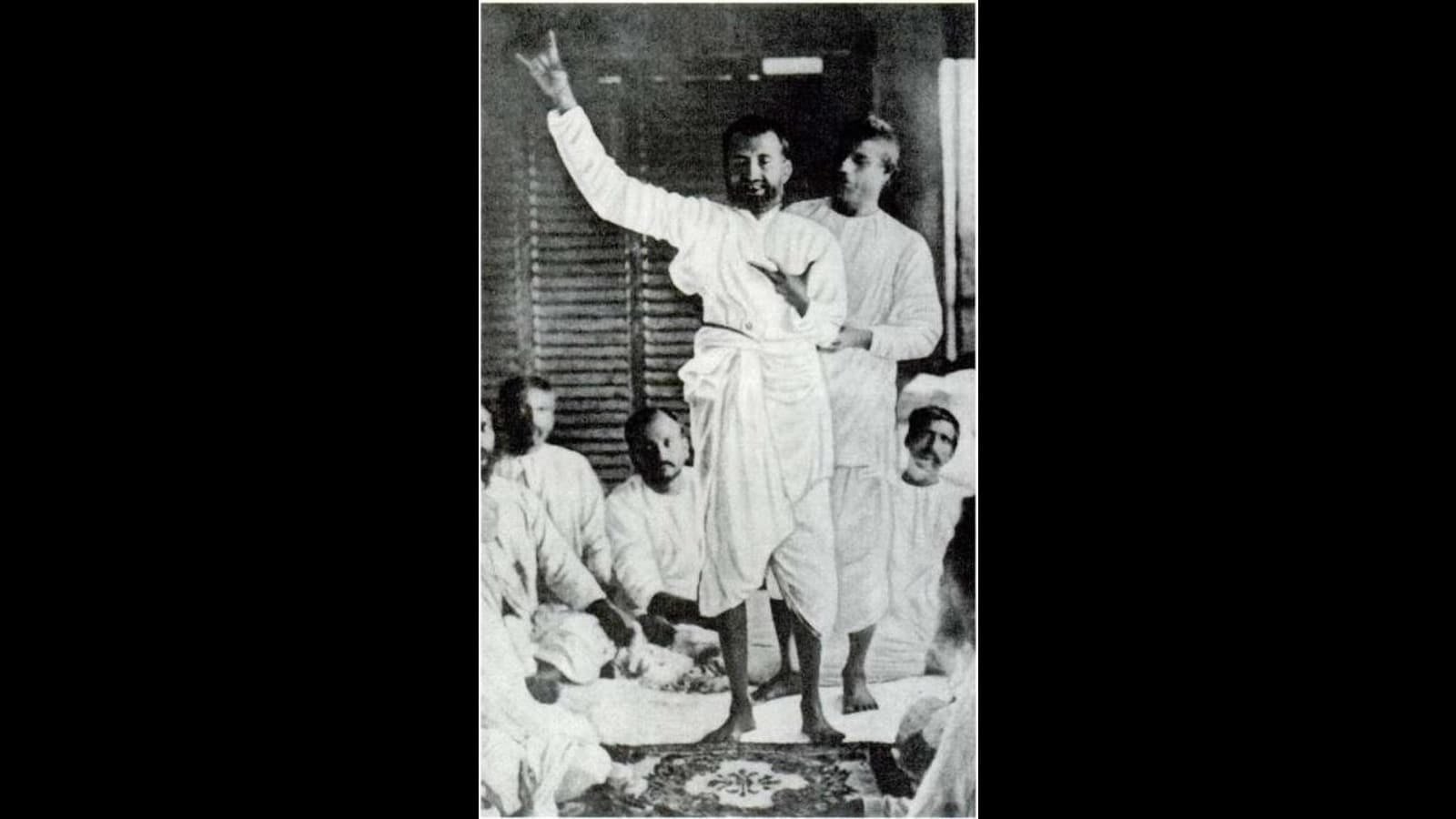 Could the vajra-dharan mudra, held by every deity in the Dhakeshwari idol tableau, have a link with Ramakrishna Paramahamsa, guru of Swami Vivekananda?

Take a look at the image above, captured on September 21, 1879, at the home of a devotee of Paramahamsa named Kesab Sen. Contemporary sources reported that, on hearing a kirtan, Paramahamsa went into bhav-samadhi or a divine ecstasy, subsequently forming this mudra with his right hand.

Philosophers and monks at the Ramakrishna Mission offer many interpretations. First, the mudra may be depicting the primordial cosmic sound Om or Aum. Ramakrishna, in his ecstasy, may have pointed to this divine connection.

According to a senior nun of the Ramakrishna Sarada Mission, the fingers may also represent the with-form (sakar) and formless (nirakar) aspects of the divine self. They may also stand for duality (dvaita) and non-duality (advaita), core aspect of Hindu philosophy.

Whatever the underlying philosophy, it is apparent that the Dhakeshwari tableau, in its iconography, bears links to the rich and ancient Buddhist as well as Hindu and Tantrik lineage.

Most Kolkata residents have no idea that the intriguing idol is in their midst.

Meanwhile, the temple priest tells me that the Dhakeshwari we see here may not be the one that was originally uncovered. This idol, he says, was commissioned by Mughal emperor Akbar’s commander Man Singh, after he conquered Bengal in the early 1600s. Perhaps the original had been damaged, he adds.

In yet another loop, the likeness, if this is one, retains the intriguing details of the original. And true to her name, the details remain hidden, at least from the non-seeker.