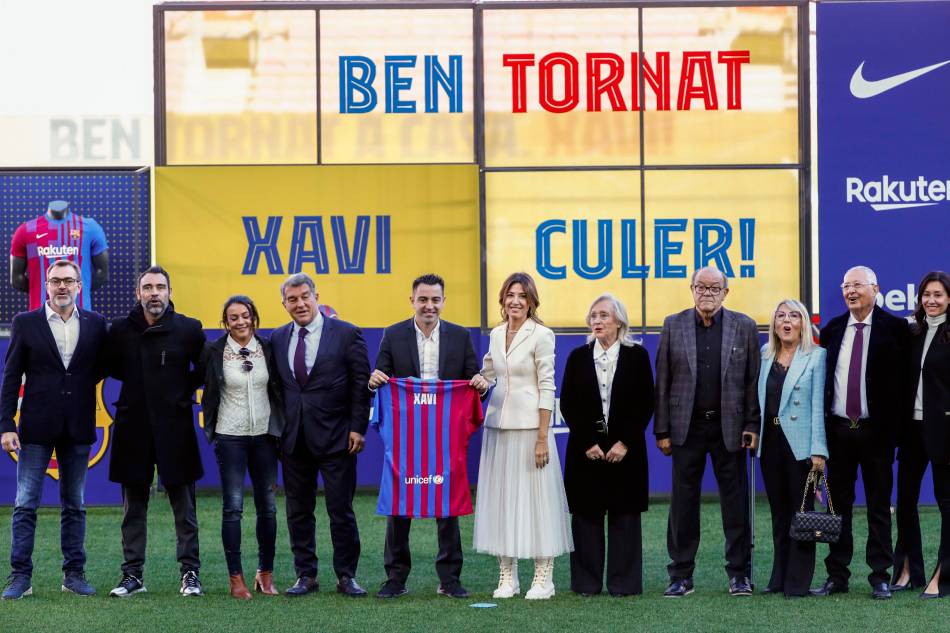 The 41-year-old has taken over in the Camp Nou dugout amid great excitement, fulfilling a lifelong dream.

Xavi came through the ranks at Barcelona and went on to make 767 appearances in a trophy-laden career for the club during one of their most illustrious periods in which the club won 25 titles, including four Champions Leagues and eight La Liga crowns in 17 seasons.

He was also key to Spain’s streak of titles when the La Roja won the 2010 FIFA World Cup and European Championships in 2008 and 2012. He left for Qatars Stars League (QSL) club Al Sadd in 2014 and finished his playing career there, before taking over as coach in 2019 and leading them to seven domestic trophies in a 29-month stint.

After initial hiccups, the QSL club let Xavi go back to Barcelona after the payment of the release clause stipulated in the contract, which was running till the end of the season.

As he returns to Camp Nou, the Spanish World Cup-winner will hope to lead the Blaugrana back to the top of the table, all while ushering in a return to Barcelona’s classic style of play.

On the field Sevilla took home the derby spoils against Real betis and there were multiple comebacks.

From Xavi’s dream homecoming to Sevilla’s derby win and numerous comebacks across La Liga, here is all you need to know from a big week in the top tier of Spanish football, both on and off the pitch.

Sunday night brought the first Gran Derbi of the season and Sevilla earned the hotly-contested three points, defeating Real Betis 2-0 at the Benito Villamarin. The result means Julen Lopetegui keeps up his excellent record in the derby, having won four and drawn one since arriving at the Nervionenses.

This Seville derby was one that Real Betis captain Joaquin won’t want to remember, but he did make history by coming off the bench at the end of the game. In doing so, he stepped onto the pitch for his 25th Gran Derbi, a new record.

A weekend of comebacks

There were some epic comebacks in La Liga in the week that went by. On Saturday, RC Celta fought back from a 0-3 half-time deficit to draw 3-3 with Barcelona thanks to a 97th minute Iago Aspas goal.

24 hours later, Valencia went into second half stoppage time 1-2 down to reigning champions Atletico Madrid, but mounted an incredible ‘remontada’ with 92nd and 96th minute strikes from Hugo Duro to draw 3-3.

This time La Real won 2-0 away at regional rivals Osasuna, with Mikel Merino scoring the opener and with Adnan Januzaj converting a penalty for the second.

Despite speculation that he might leave the Estadio de la Ceramica, Emery has confirmed that he does not want to leave his role as Villarreal’s head coach.

The tactician, who delivered the Yellow Submarine their first ever trophy earlier in 2021, shared a social media post in which he said: “Villarreal is my home, and I am 100 percent committed.

Here’s One Of The Easiest Ways To Find The Money To Invest In To Crypto, According To CEO Of cmorq