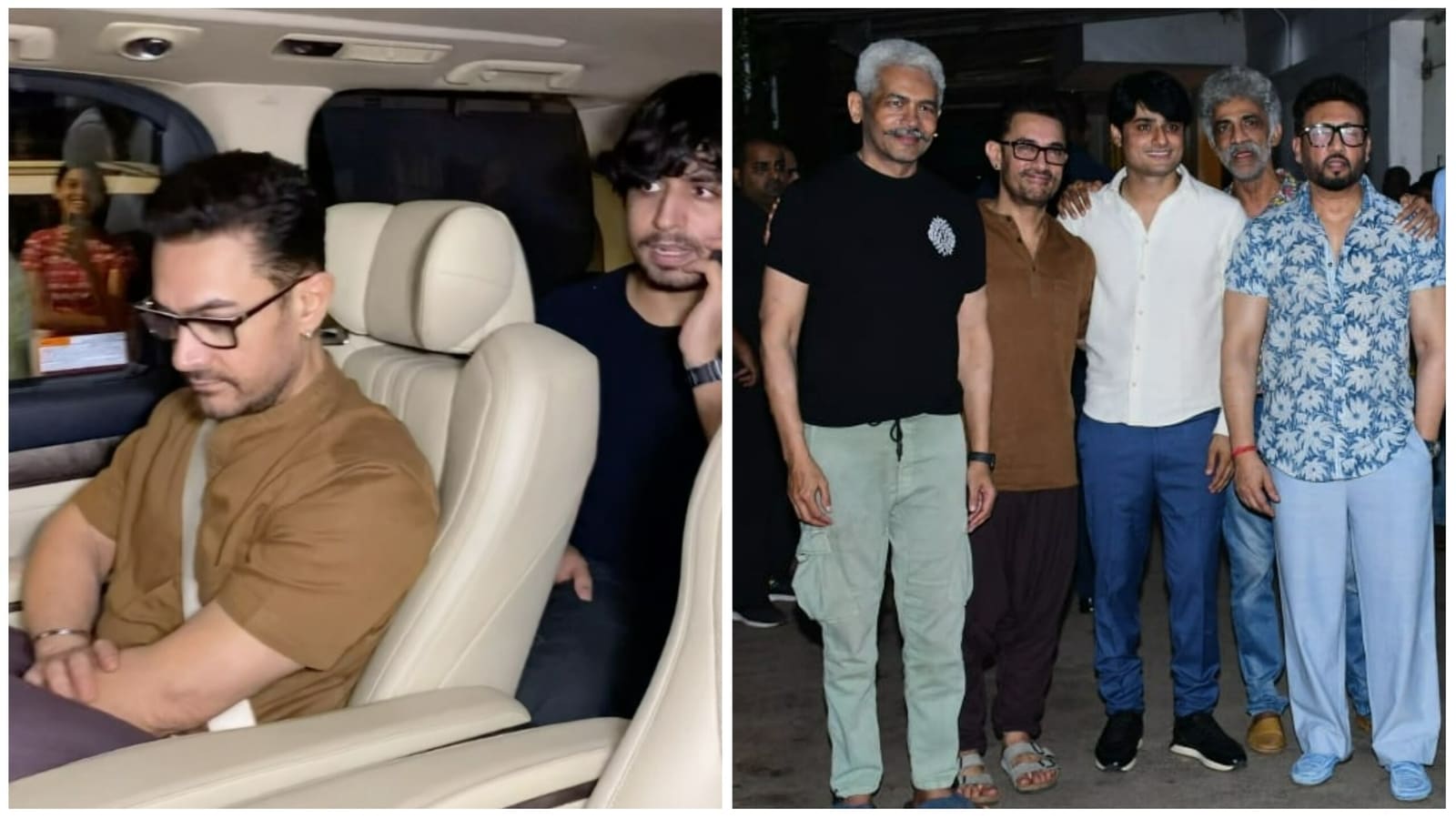 The team of Laal Singh Chaddha came together for a special screening of the film on Friday. Among them were Aamir Khan, his son Junaid Khan, Atul Kulkarni and Makarand Deshpande.

Aamir Khan is all set to return to the silver screen after three-and-a-half year-long break with his film Laal Singh Chaddha. A special screening of the film was held on Friday, ahead of its theatrical release on August 11. The entire team of the film, sans Kareena Kapoor and Mona Singh, was spotted at the screening. Also read: Aamir Khan refused to read Atul Kulkarni’s Laal Singh Chaddha script for two years, told him ‘you are not a writer’

Aamir was seen in a short beige kurta and his trademark harem pants at the screening. As he posed solo for the paparazzi and along with his team, his son Junaid Khan was also seen at the venue. A video of Aamir sitting in a car with Junaid sitting on the back seat was shared by a paparazzi account on Instagram.

Among others present at the screening were Laal Singh Chaddha writer and actor Atul Kulkarni. Actors Makarand Deshpande and Shekhar Suman were also present.

Recently, Aamir revealed that he wanted Junaid to play Laal Singh Chaddha and was very confident that he could do it. While he also won the support of almost all those who saw Junaid’s clips as Laal Singh Chaddha, producer Aditya Chopra and Atul Kulkarni did not approve of the idea. He told TV9 in an interview, “Junaid, became Laal as he played him. Some actors are skillful, they know their art and perform really well. While the others become the characters they play. Junaid became one. My confidence was shaken after watching his performance, while I was confident for him. I don’t have that innocence anymore and he did that naturally.”

“However, Aditya Chopra and Atul Kulkarni, the writer of the movie had objected. They wanted me to play the character. According to them, The story of Forrest Gump isn’t that solid. It’s an episodic movie which requires a star. A new actor can’t pull this off,” he added.

Laal Singh Chaddha is the official remake of Tom Hanks’ classic, Forrest Gump. It shows Aamir’s character at various stages of his life. Some of his different looks can be seen in the song Tur Kalleyan.

How to Wear Your College Sweatshirt