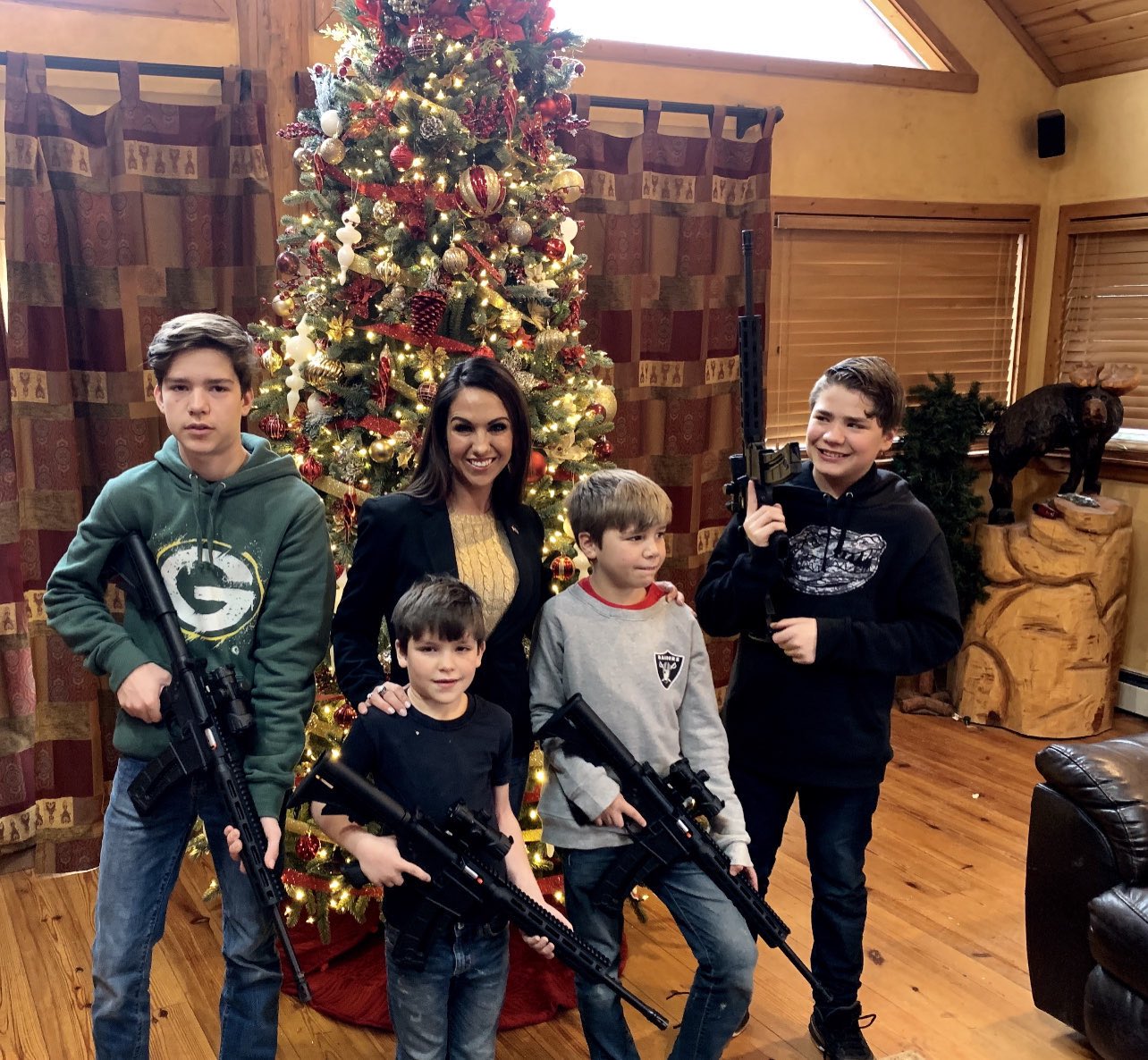 Colorado Republican Rep. Lauren Boebert tweeted “thoughts and prayers” on Sunday to victims of a shooting at a gay nightclub in Colorado Springs. The Saturday night shooting killed at least five people and injured 25 others.

“The news out of Colorado Springs is absolutely awful,” Boebert tweeted to her 1.8 million followers Sunday morning. “This morning the victims & their families are in my prayers. This lawless violence needs to end and end quickly.”

“You have played a major role in elevating anti-LGBT+ hate rhetoric and anti-trans lies while spending your time in Congress blocking even the most common sense gun safety laws,” New York Congresswoman Alexandria Ocasio-Cortez tweeted at Boebert. “You don’t get to ‘thoughts and prayers’ your way out of this. Look inward and change.”

Chasten Buttigieg, husband of Secretary of Transportation Pete Buttigieg, tweeted a response to Boebert, as well. “You encourage this type of hatred. Get off Twitter and start looking inward,” read Chasten Buttigieg’s post.

“Republicans continue to run on and spread anti-LGBTQ+ ideology and hatred while refusing to lift a finger on gun violence. This is preventable, but only if they start seeing LGBTQ people as equals, and themselves as leaders,” he said in a separate tweet.

On Friday, Democratic opponent Adam Frisch conceded in one of the closest races this election cycle. Boebert won the race in Colorado’s 3rd congressional district by about 0.17 percentage points, or only 554 votes.

Boebert is a member of the right-wing Freedom Caucus and Second Amendment Caucus and has repeatedly tweeted false conspiracy theories that the LGBTQ+ community “grooms” children.

“Take your children to CHURCH, not drag bars,” Boebert tweeted in June.

“A ‘kid-friendly’ drag show in Texas was guarded by masked ANTIFA guards armed with AR-15’s. Remember, they only want YOUR guns. They want to use theirs to protect their depravity,” she said in a separate tweet on Aug. 29.

Boebert campaigned on her pro-gun stance, pledging in an ad last year that she would carry her “Glock to Congress.” In December 2021, Boebert posed in a holiday photo with her minor children holding large guns, responding to a similar post by Kentucky Republican Rep. Thomas Massie.

“The Boeberts have your six, @RepThomasMassie! (No spare ammo for you, though),” Boebert tweeted.

The club in which the shooting occurred had planned to hold a drag brunch on Sunday for Trans Remembrance Day.

The violent event comes after someone threw a Molotov cocktail into an Oklahoma donut shop that hosted a drag show earlier this month. In July, the far-right extremist group, the Proud Boys, crashed a drag queen story hour in San Lorenzo, California.

Your Google Searches Are Quietly Evolving. Here’s What’s Next

The Best Youth to the People Products on the Market 2022