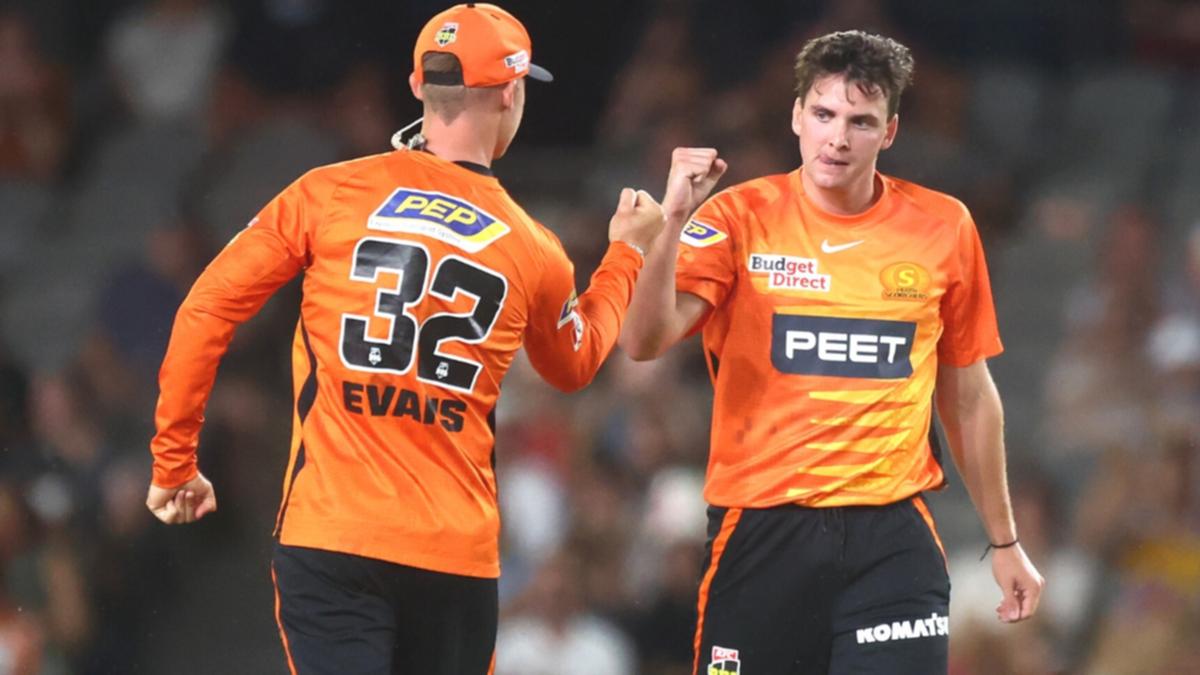 Laurie Evans, who was man of the match as Perth Scorchers won last season’s Big Bash League final, has revealed he tested positive for a banned substance this northern hemisphere summer.

The English batter, who is listed to play for Perth this season, says he has no idea what caused the result.

WATCH THE VIDEO ABOVE: David Warner accuses Cricket Australia of treating him like a criminal.

Evans, a 35-year-old who now specialises in the T20 format, made the announcement via a statement carried by the Professional Cricketers’ Association.

“I was shocked to be told that an anti-doping sample I provided in August 2022 tested positive for trace amounts of a banned substance,” he wrote.

“I believe passionately in clean sport and I have never taken any banned substances. I do not know what caused the positive test, but my team and I are investigating how this could have happened and I am doing everything possible to find out.

“Due to the confidentiality of the process, I cannot say any more at this stage, but I would like to thank my family for supporting me at this very distressing time.”

Evans, who has played T20 in seven countries in the last five years, played 15 matches for Scorchers last season scoring 361 runs at a strike rate of 144.40.

He top-scored with an unbeaten 76no off 41 balls as Scorchers beat Sydney Sixers in the final.

Surrey, Evans’ home county, acknowledged the result of the test in a separate statement.

“Surrey CCC have been made aware that Laurie Evans has returned a positive anti-doping test result, relating to a sample provided in August this year,” the statement reads.

“We have been in discussion with Laurie and his representatives and understand he intends to investigate this result.

“We will make no further comment until the process has concluded.”

The England and Wales Cricket Board’s anti-doping code suggests a relatively hard line on positive tests, noting in section 2.1 that “it is each cricketer’s personal duty to ensure that no prohibited substance enters his/her body. A cricketer is responsible for any prohibited substance or its metabolites or markers found to be present in his/her sample”.

A further explanatory note in the code adds: “For the avoidance of doubt…lack of intent, fault, negligence or knowledge shall not be a defence”.

The highest penalty for a doping violation, should the case be proven and no mitigation successfully argued, is a two-year ban.

Denial of responsibility! Pedfire is an automatic aggregator of the all world’s media. In each content, the hyperlink to the primary source is specified. All trademarks belong to their rightful owners, all materials to their authors. If you are the owner of the content and do not want us to publish your materials, please contact us by email – [email protected]. The content will be deleted within 24 hours.
CricketPerth ScorchersSport
0
Share