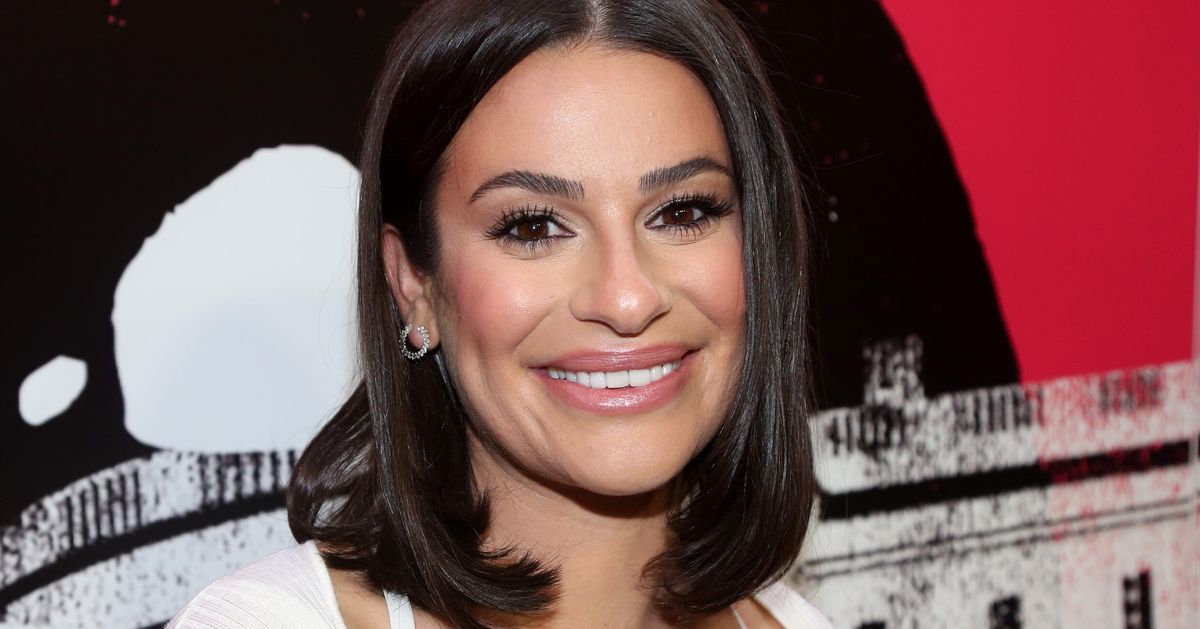 Lea Michele made her TikTok debut this weekend with a bit of self-deprecating humor.

The “Glee” actor joined the video sharing platform Sunday with a short clip of herself lip-syncing to her own recording of “Don’t Rain on My Parade.” Hours later, she unveiled a second video in which she poked fun at the bizarre running-joke-slash-conspiracy-theory that she can’t read or write.

In the clip, a distraught-looking Michele can be seen making a fake phone call as a recording of Kim Kardashian, circa 2017, is played.

“Calling Jonathan to read me the comments on my first TikTok,” a caption on the video reads, referring to Michele’s “Spring Awakening” co-star and longtime pal Jonathan Groff.

Michele has been dogged by jokes about her supposed illiteracy since 2017, when pop culture podcasters Robert Ackerman and Jaye Hunt delved into a memoir written by the late actor Naya Rivera, who co-starred with Michele on “Glee.” The pair took note of a segment in the book in which Rivera recalled Michele’s refusal to improvise with actor Tim Conway during the filming of a “Glee” episode that had aired three years earlier.

Noting that Michele never publicly responded to Rivera’s accusation in the book, Ackerman and Hunt jokingly questioned whether she was able to read at all ― and since then, (mostly) tongue-in-cheek allegations of Michele’s illiteracy have continued to gain traction on social media.

Still, the actor’s willingness to participate in the gag via TikTok caught many of her fans by surprise, given that she’d blasted the rumor as sexist in an interview with The New York Times last month.

“I went to ‘Glee’ every single day; I knew my lines every single day,” she said at the time. “And then there’s a rumor online that I can’t read or write? It’s sad. It really is. I think often if I were a man, a lot of this wouldn’t be the case.”

It’s gearing up to be a busy fall for Michele, who returned to Broadway this month for the first time in nearly 15 years in the revival of “Funny Girl.” In a highly controversial cast shake-up, Michele replaced Beanie Feldstein in the coveted role of Ziegfeld Follies comedian Fanny Brice.

Michele’s debut performance on Sept. 6 was met with critical praise and seven standing ovations. But she tested positive for COVID-19 just days later, and had to bow out of 10 days of shows. She’s slated to rejoin the company this week.

Shangela Salsas in Dancing With the Stars Debut