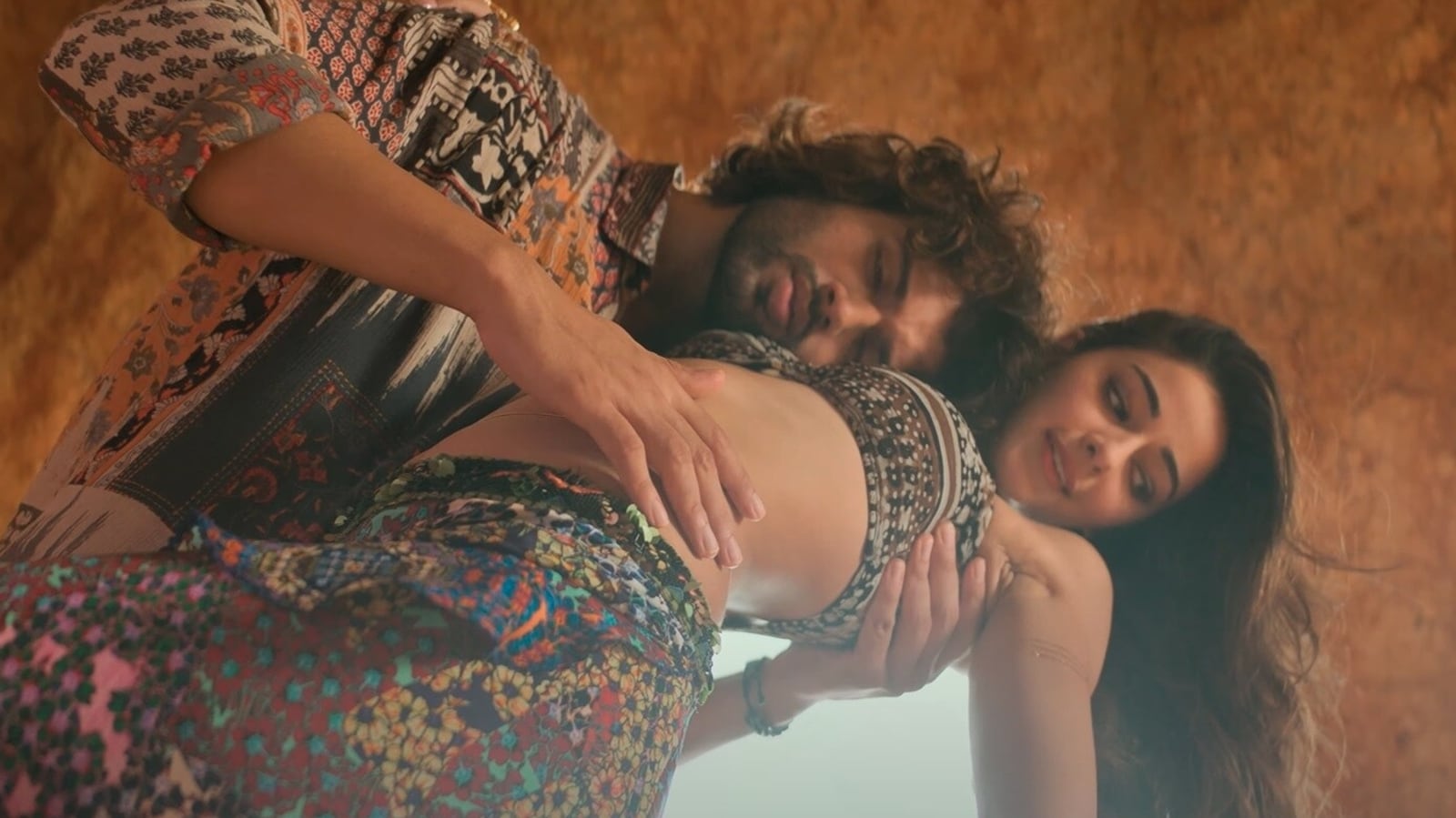 The new song from Puri Jagannadh’s upcoming film Liger is out. Titled Aafat, the soothing foot-tapping number shows Vijay Deverakonda and Ananya Panday getting romantic amid a picturesque setting of a beach. Also read: Liger song Waat Laga Denge: Vijay Deverakonda’s here to give you an energy boost

Aafat has been composed by Tanishk Bagchi, written by Rashmi Virag, and sung by Tanishk and Zahrah Khan. The music video also makes for an interesting visual with some crazy camerawork in place as Vijay and Ananya Panday groove on the beach and the rocks, get romantic in a small cave and also get company of some background dancers.

A day before, Vijay had shared a clip ahead of the song’s release. It showed Ananya blowing a kiss at Vijay, requesting him to sneak out of his house to go out with her. But he refuses to entertain her since he is with his mother, before he finally sneaks out. Sharing it on Instagram, Vijay had written, “There’s always a beautiful drama queen who will come between a mother and son! #Aafat.”

The trailer and two songs: Akdi Pakdi and Waat Laga Denge from the film are already out and have gathered positive feedback on the internet.

Liger is a sports action film that is slated to release on August 25 this year, in Hindi, Tamil, Telugu, Kannada, and Malayalam. It stars Vijay as an underdog fighter from Mumbai, who competes in an MMA championship. Ananya plays his girlfriend and Ramya Krishnan plays his mother in the film. It marks Vijay’s debut in Hindi cinema and is Ananya’s first multi-lingual film.

Vijay will be also seen in a multi-lingual film Khushi alongside Samantha Ruth Prabhu, which is slated to release on December 23, 2022. Apart from Liger, Ananya will be seen in Kho Gaye Hum Kahan along with Siddhant Chaturvedi and Gourav Adarsh.

Denial of responsibility! Pedfire is an automatic aggregator of the all world’s media. In each content, the hyperlink to the primary source is specified. All trademarks belong to their rightful owners, all materials to their authors. If you are the owner of the content and do not want us to publish your materials, please contact us by email – [email protected]. The content will be deleted within 24 hours.
Ananya PandayLiger song Aafatliger songsVijay DeverakondaVijay Deverakonda film
0
Share

Hot Weather Recipes: 3 Perfect Salads to Cool You Off This Summer