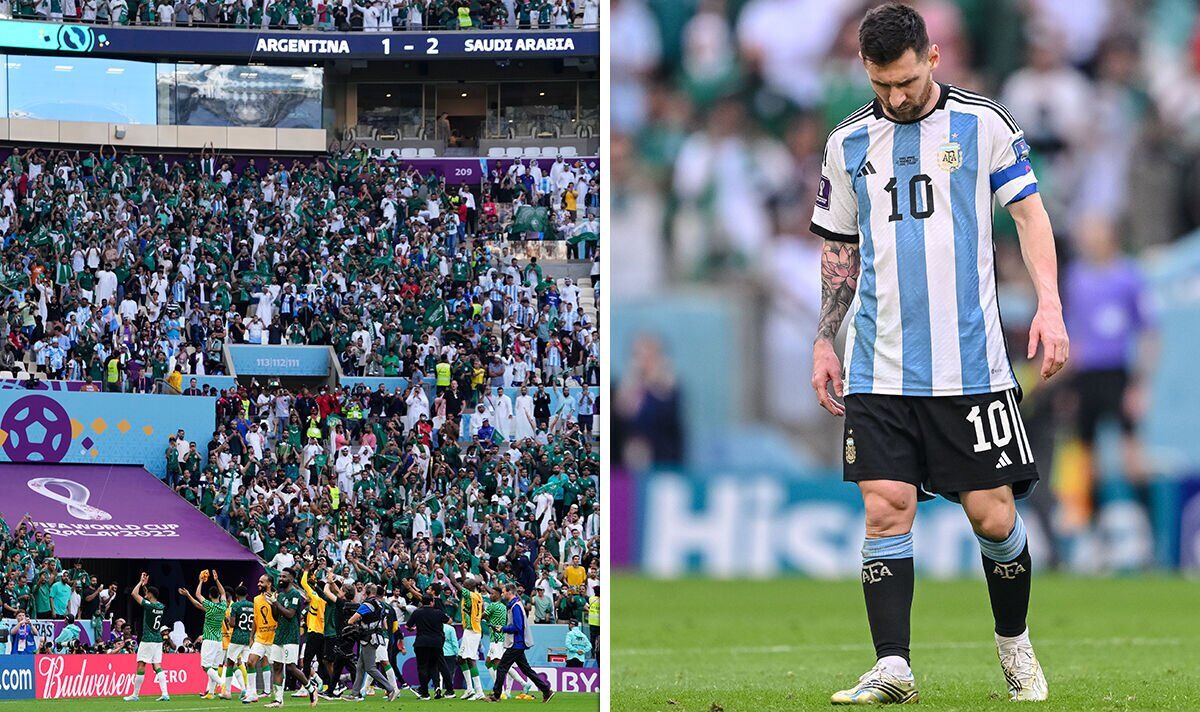 Lionel Messi was left stunned after his Argentina side suffered one of the great World Cup shocks. Saudi Arabia came from behind to beat Argentina 2-1 in their opening game of the tournament in Qatar.

Messi had given his team the lead inside the opening 10 minutes. A VAR check spotted a foul on Leandro Paredes and a penalty was awarded.

Messi stepped up and nonchalantly sent the goalkeeper the wrong way. Argentina had three goals disallowed in the first half for offside as they looked to turn the screw.

However, they were unable to make their pressure pay in terms of goals. And Saudi Arabia stunned them in four second-half minutes.

Saleh Alshehri finished expertly across Emi Martinez to equalise. Salem Aldawsari then scored arguably the goal of the tournament so far, curling a fine effort past Martinez’s outreached arm.

Argentina pressed to equalise for the remaining 37 minutes of normal time. Nine minutes were added on, which extended due to an injury suffered by Saudi defender Yasir Al Shahrani.

But Argentina were not able to break their resolute opponents down. And cameras quickly turned to a dejected Messi on the pitch after the final whistle was blown.

There were jubilant celebrations from the Saudi players and fans. But the Argentina side looked in shock at what had just occurred.

We’ll be bringing you the very latest updates, pictures and video on this breaking news story.

For the latest news and breaking news visit: express.co.uk/sport

Stay up to date with all the big headlines, pictures, analysis, opinion and video on the stories that matter to you.