Lions may never win again after brutal loss to Bears 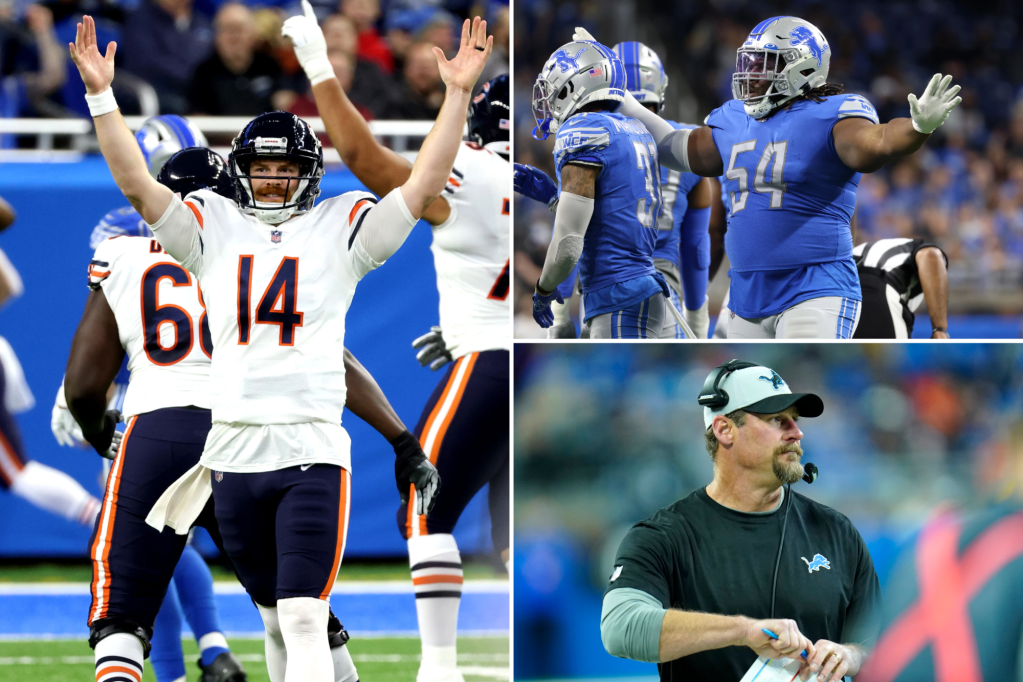 Someone had to win — and it wasn’t the viewers who planned their Thanksgiving around football.

It was, of course, not the Lions, either. The Bears came into Detroit the epitome of dysfunction and left with a 16-14 win thanks to a 28-yard field goal by Cairo Santos as time expired.

Despite the Lions entering the contest 0-9-1, it was Bears coach Matt Nagy who came into the game under intense scrutiny. The team eventually got word out that reports Nagy was going to be fired after this game were false, but not after they festered for days. “Fire Nagy” chants were ringing out in Chicago this week from his son’s high school football game, to Bulls games to an All Elite Wrestling event in the Windy City.

The Bears improved to 4-7 with the win as it snapped a five-game losing streak.

Expectations for the matinee Thanksgiving matchup were extremely low and the NFC North rivals did not exceed them. If featured a coin flip gaffe, injuries to key players on both teams (RB D’Andre Swift, Lions; LB Roquan Smith, Bears) and a mind-numbing 15 combined penalties (10 by the Lions).

Andy Dalton, starting in place of injured rookie Justin Fields, led the Bears on an 18-play, 69-yard drive that took the final 8:30 off the clock to set up the game-winning kick.

Dalton converted a third-and-5 with a 13-yard pass to Damiere Byrd to get the Bears to midfield. Detroit later helped out, giving them 5 yards on a penalty for calling consecutive timeouts without a play in between.

On the next snap, Dalton converted third-and-4 with a 7-yard pass to Byrd. With only one timeout left, which first-year coach Dan Campbell used to get his disorganized defense set up, Dalton was able to kneel to run the clock down to 1 second before calling a timeout to set up Santos’ third field goal of the game.

Dalton finished 24 of 39 for 317 yards with a go-ahead, 17-yard touchdown pass to Jimmy Graham late in the first half and an interception.

Jared Goff, returning from a one-game absence because of an oblique injury, was 21 of 25 for 171 with two touchdowns. Goff threw a 39-yard touchdown pass to Josh Reynolds on his first drive and a 17-yard pass to T.J. Hockenson late in the third that helped Detroit take a 14-13 lead that it simply failed to keep.

The Lions had already suffered a number of soul-crushing losses — and one 16-16 tie with the Steelers — under Campbell, their fiery first-year head coach. They can now add another one to the list.

Steps working with authorities after concert linked to…

Red Rocks Amphitheatre is the world’s most attended…

Walgreens May Sell Or Spin Off European Boots Drugstores