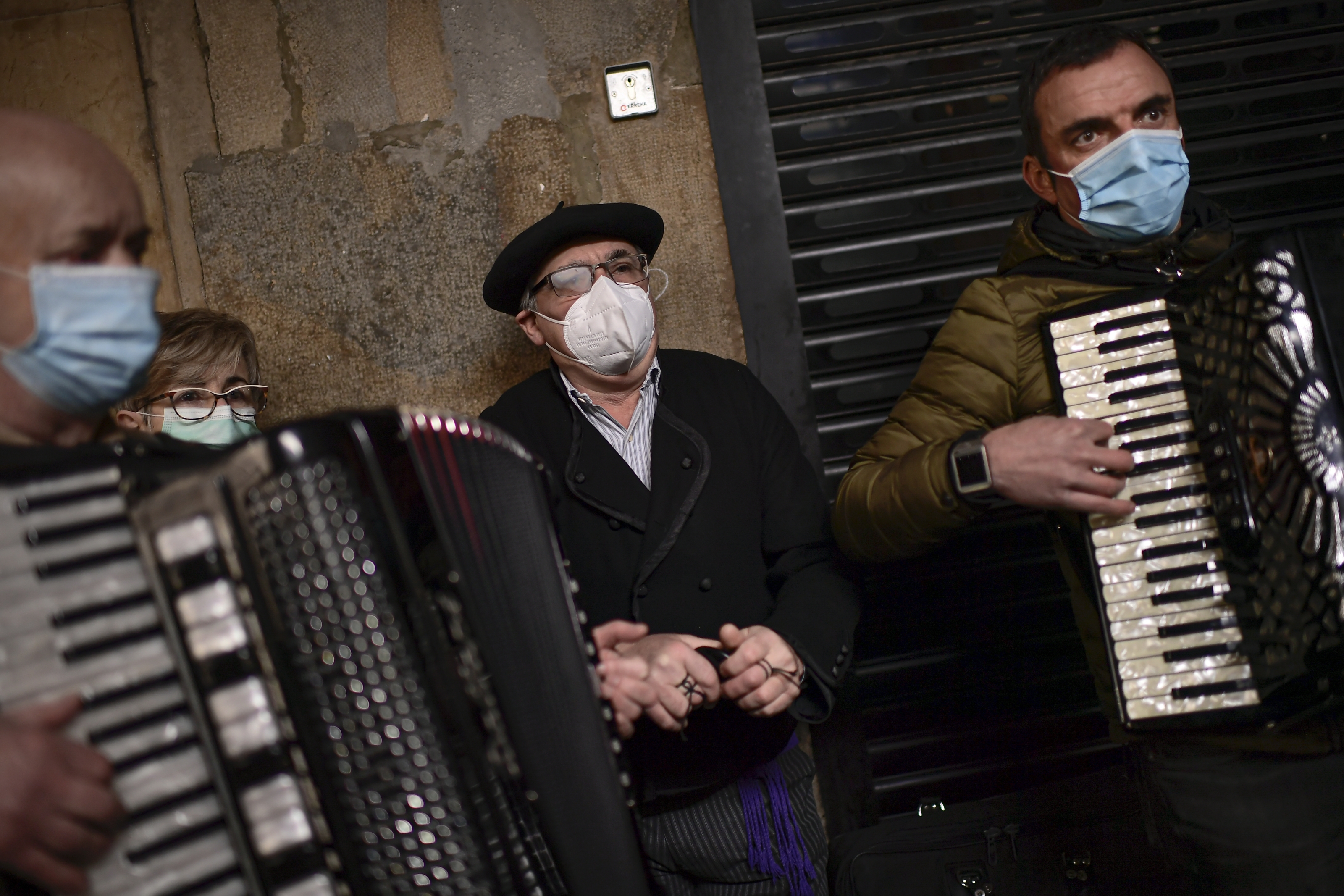 GENEVA — The Swiss government says travelers arriving from Canada, Japan, Niger and Portugal will be required starting Wednesday to…

GENEVA — The Swiss government says travelers arriving from Canada, Japan, Niger and Portugal will be required starting Wednesday to present both a negative COVID-19 test and undergo a 10-day quarantine.

The new measures were announced on Tuesday after cases of the newly identified coronavirus variant omicron turned up in those countries.

On Friday, the Swiss government initiated a similar requirement for travelers from Belgium, Hong Kong and Israel, and banned all flights from seven countries in southern Africa where cases of the variant were first detected.

MORE ON THE PANDEMIC:

— See all of AP’s pandemic coverage at https://apnews.com/hub/coronavirus-pandemic

WASHINGTON — Drugmaker Regeneron says that its COVID-19 antibody cocktail may be less effective against the omicron variant, though the company says more testing is needed to gauge the effect.

Regeneron’s cocktail is one of three antibody treatments that have become the standard U.S. treatments for COVID-19 patients who do not yet require hospitalization. The federal government has purchased and distributed millions of doses of the drugs, which are infused or injected by health professionals.

Because of mutations in the omicron variant, health authorities have warned that some vaccines and antibodies may lose their potency.

Regeneron says it is doing more analysis to define the variant’s impact on its drug’s effectiveness.

The company also says it is testing alternate antibodies that may be more effective against the new variant.

MADRID — Spain’s government has banned flights connecting air routes from South Africa and six neighboring countries to the European country due to fears of the new omicron coronavirus variant.

The order affects any connecting flights from South Africa, Botswana, Eswatini, Lesotho, Mozambique, Namibia and Zimbabwe. Spain has no direct flights to southern Africa. The order will take effect on Thursday.

Spanish health authorities have reported one confirmed case of the omicron strain in a 51-year-old man who flew from South Africa to Madrid via Amsterdam. He was fully vaccinated and is showing mild symptoms. Three more possible cases are under investigation.

Much remains unknown about the new variant, though the World Health Organization warned that the global risk from the variant is “very high” and early evidence suggests it could be more contagious.

RIGA, Latvia — U.S. Secretary of State Antony Blinken said that the new omicron variant of the coronavirus, which was discovered in South Africa, underscores the point that “none of us will be fully safe until everyone is.”

Speaking in Riga, Latvia, during a two-day meeting of the NATO foreign ministers, Blinken also noted “a real disparity” between vaccinations in Africa and the United States and Europe.

He noted that sometimes the supply of vaccines may actually be sufficient to meet the needs, but the ability to get shots in arms is lacking.

He said the United States was working on a solution that “brings the private sector into the game to help solve these last-mile problems of getting shots and arms. We’re putting that into into motion now.”

SINGAPORE — Singapore will tighten border restrictions as it seeks to guard against the new omicron coronavirus variant that has spread to at least 16 countries and sparked global concern.

Authorities announced Tuesday that Singapore will freeze the addition of new vaccinated travel lanes which already are in use to allow travelers from countries like the U.S. and Malaysia to enter Singapore without quarantine. Authorities said Tuesday they were suspending plans to include other countries in the program.

Singapore had already deferred the launch of vaccinated travel lanes with Qatar, Saudi Arabia and the United Arab Emirates on Sunday, given their proximity as transport hubs to countries like Botswana, South Africa, and other African countries which have been hit by the omicron variant.

MOSCOW — Russian President Vladimir Putin said he tasked the government to work up a revised plan of COVID-19 response within a week, taking into account the new omicron variant of the coronavirus.

The Russian leader said Russia’s health care system should be prepared for the new challenges of the changing virus, adding that globally, the world can effectively fight the pandemic only with “coordinated actions of the international community.”

BRUSSELS — The omicron variant was already in the Netherlands when South Africa alerted the World Health Organization about it last week, Dutch health authorities said Tuesday, adding to fear and confusion over the new version of the coronavirus.

The Netherlands’ RIVM health institute found omicron in samples dating from Nov. 19 and 23. The WHO said South Africa first reported the the variant to the U.N. healthy agency on Nov. 24.

It remains unclear where or when the variant first emerged — but that hasn’t stopped nations from rushing to impose travel restrictions, especially on visitors coming from southern Africa.

Much is still not known about the variant — though the WHO warned that the global risk from the variant is “very high” and early evidence suggests it could be more contagious.

Are You Guilty Of These 3 Cognitive Biases In Decision Making?

Avoid Travel To These 22 New Destinations Due To Covid-19

Ralf Rangnick reveals what he told Anthony Martial in…