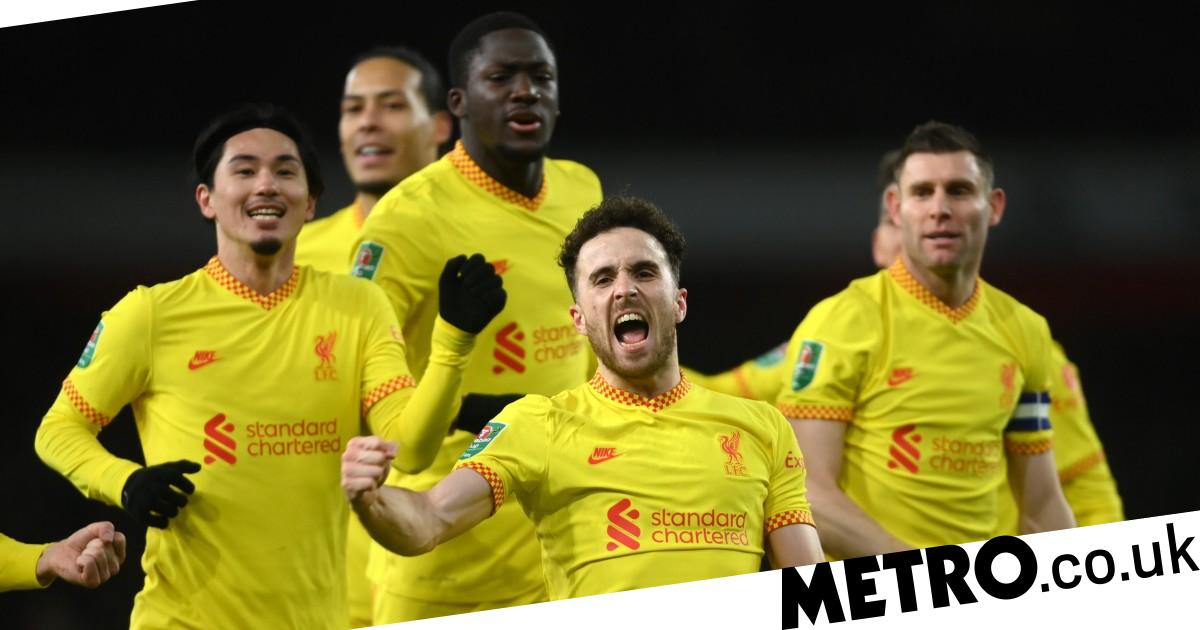 Liverpool will play Chelsea in the Carabao Cup final after sealing a 2-0 win over Arsenal in the second leg of their semi final on Thursday evening.

The tie was finely poised following a goalless draw at Anfield last week and two brilliant goals from Diogo Jota were enough to secure the victory for Jurgen Klopp’s side at the Emirates Stadium.

Liverpool will now meet Chelsea in the final at Wembley on February 27.

But it was the visitors who had the ball in the net early on, although Joel Matip’s close-range effort from a corner was rightly ruled out for offside.

Jota then put Liverpool in front in the 19th minute as he received Alexander-Arnold’s pass midway inside Arsenal’s half, nutmegged Takehiro Tomiyasu and jinked to the edge of the area before he scuffed a low effort which wrong-footed Aaron Ramsdale.

Arsenal had a good chance to equalise early in the second half as Lacazette raced on to a pass from Sambi Lokonga but he blazed his effort over the crossbar.

Liverpool then squandered an opportunity to extend their lead as another piece of individual brilliance from Jota allowed him to pull the ball back for Kaide Gordon, who lacked the composure from 12 yards out and smashed his effort well off target.

Jota capped off an impressive display with his second of the night as he superbly controlled a fine pass from Alexander-Arnold before clipping an effort over Ramsdale.

The goal was initially ruled out for offisde before a VAR check showed that Gabriel was playing the Liverpool forward onside.

Arsenal’s misery was then complete in the 90th minute when Thomas Partey, who only returned from the Africa Cup of Nations on Thursday following Ghana’s early exit, was sent off for his second booking.