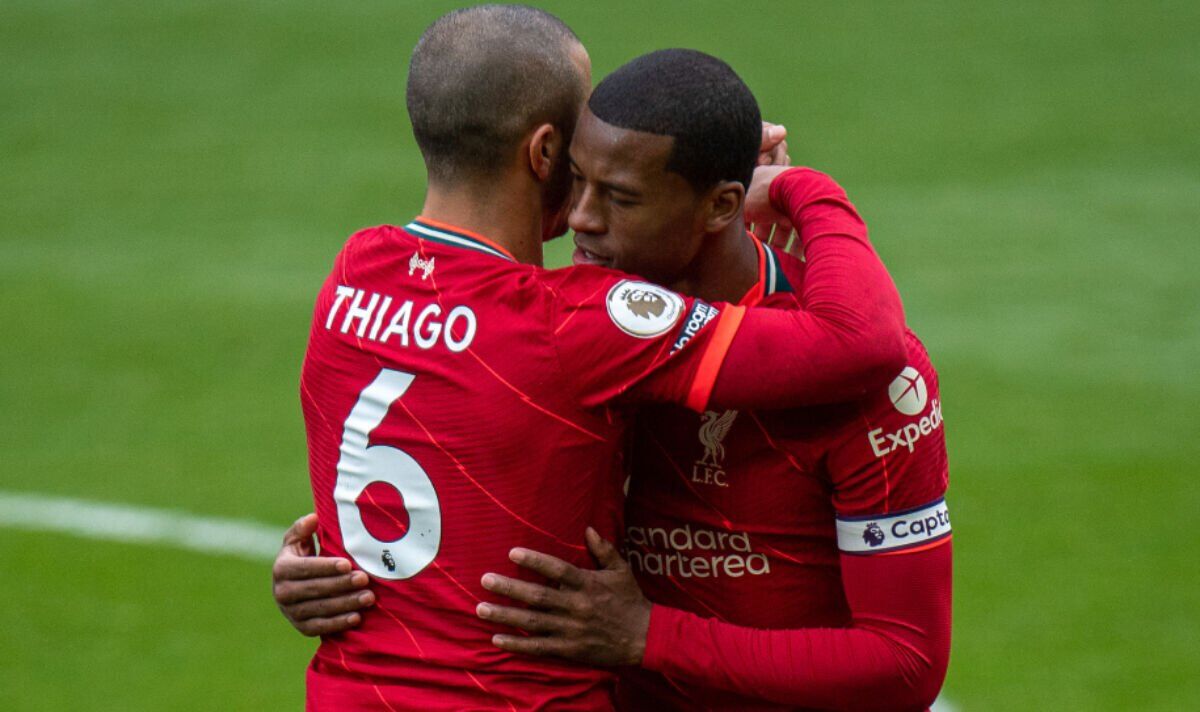 Liverpool boss Jurgen Klopp has been warned against repeating the same mistake the club made a year ago in letting midfielder Georginio Wijnaldum leave Anfield on a free transfer. The Dutchman was a key part of the Reds’ midfield but was unable to agree on a new contract and left at the end of the 2020/21 season to Paris Saint-Germain.

Wijnaldum provided a different element to the current Liverpool midfield which has been lacking since he moved to France, and then joined AS Roma on loan, while he also had a knack for coming up with vital goals when the front three were misfiring. Thiago moved to Anfield the year prior to Wijnaldum leaving as part of the succession plan, but his contract is up in 2024 and former Tottenham goalkeeper Paul Robinson has warned Klopp of repeating the same mistake in letting Wijnaldum run down his deal.

“I think so,” Robinson told Football Insider when asked if Thiago would receive a new contract. “Age does not matter now. You can see players playing on longer and longer and that is because they look after themselves so well.

“It is a 24/7 lifestyle now. It is not something you switch off from when you go home. It is a lifestyle if you want to keep yourself at the top level. Thiago is the epitome of that. His age is not a problem.