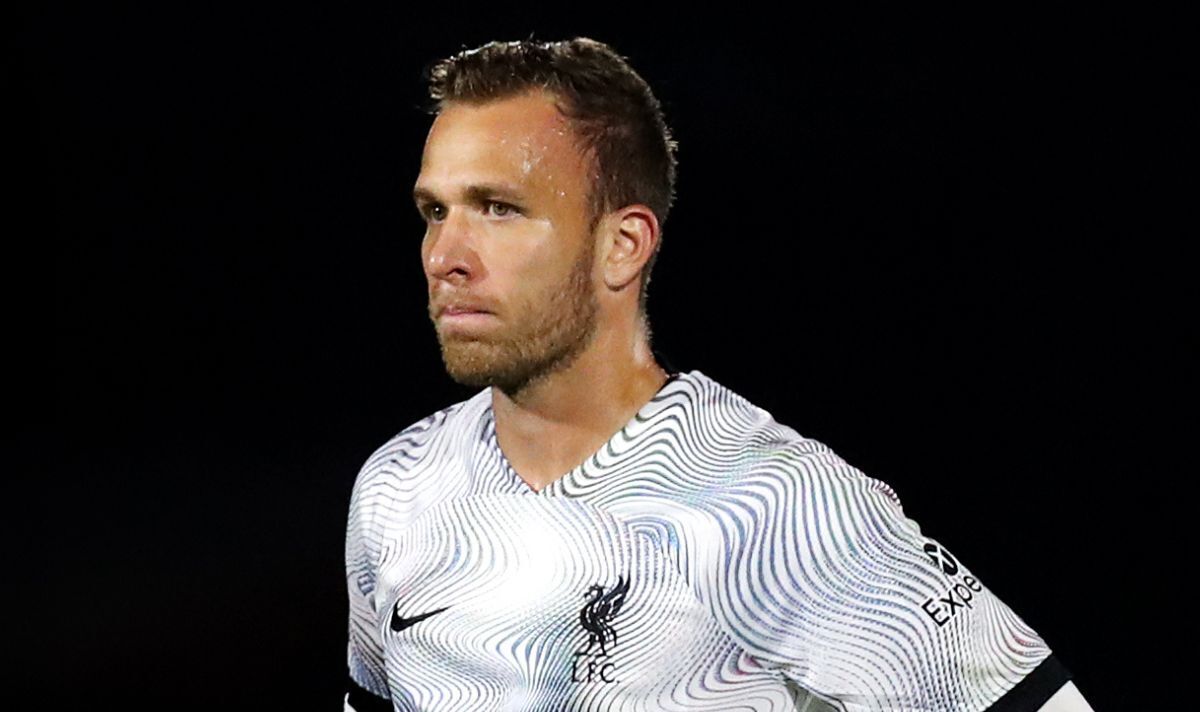 Arthur Melo has stayed behind at Liverpool during the international break to work on his fitness – despite having the chance to jet off on holiday. The deadline day arrival from Juventus (loan) has been a major talking point since rocking up on Merseyside – despite only featuring for 13 minutes in his new colours during the 4-1 Champions League defeat to Napoli earlier this month.

It’s been a challenging start to his Liverpool career amid reports Jurgen Klopp already wants to cut his loan short in January.

However, Arthur has been reassured that is not the case with the Reds still confident the former Barcelona man can help them achieve something special this season.

There is an appreciation that Liverpool are unlikely to trigger their option to buy the 26-year-old at the end of the season when the Reds will look to pursue the signing of Jude Bellingham.

That said, Arthur is still very much part of Klopp’s thinking for the immediate future – providing he can prove his fitness.

Arthur featured for Liverpool’s U21s in the EFL Trophy on Tuesday night as he looks to bank more minutes.

After not being selected by Brazil, the player has taken it upon himself to carry on working at Kirkby in a bid to impress Klopp and maximise his chances of playing regularly.

Liverpool U21s coach Barry Lewtas has been more than impressed with his attitude and desire, telling the Liverpool Echo: “Arthur has been in over the international break to play games and build up his fitness.

“That’s off his own back, so that shows his level of professionalism. He has been great with the lads as well. He has been first-class.

“In training on Monday he was excellent, he really drove the lads and as a match-day minus one, it’s probably the best one we’ve had.

“He wants to get fit, he doesn’t need a week off, so it’s come from him. He doesn’t speak Scouse and I don’t speak Portuguese, but I think you can tell from the body language. In the meetings we went through some extra things and cleared a few things up. He has embraced it.

“He first trained with us on Friday. He trained with the first team, and then he had a session with us for the team that was going to play against Leicester. He’ll do a little work with us during the international break.”

Arthur was replaced by Jay Spearing during the match having previously played 90 minutes against Leicester U21s in a Premier League 2 fixture.

He will have to outmuscle the likes of Jordan Henderson and Thiago Alcantara if he is to get regular game time in the centre of the park this season.

Liverpool have been light on the ground in midfield which is why Klopp and FSG were forced into action in the final hours of the transfer window.

Klopp had initially ruled that he was happy to persist with his current midfield options before eventually deciding to move for Arthur, who Juventus were looking to offload.

The Reds can sign the Brazil international on a permanent deal for £32m should he catch the eye during his Anfield stay.

Navratri 2022: How is the festival celebrated in South India

Dyson vacuums look cheap compared to the price of its new…

A Beauty Lover’s Guide To The West Coast Of Ireland