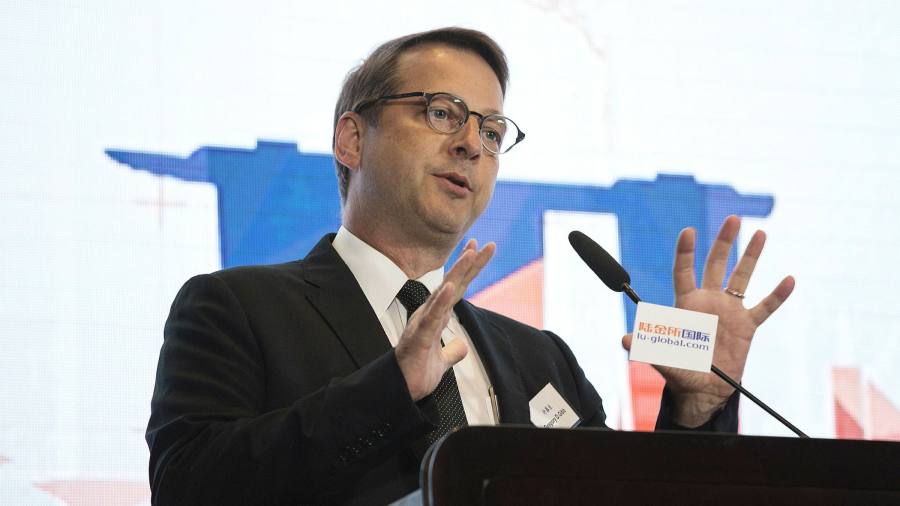 A Chinese fintech bent on international expansion, especially in south-east Asia. A record international equity listing that defied China-US tensions. An IPO priced at the top end of its range.

No, this was not Ant Group. Enter Lufax, the Chinese fintech firm that went public in New York late last month just days before its peer Ant was due to start trading in Hong Kong and Shanghai.

Founded in 2011 and backed by mainland insurance company Ping An, Lufax was the less-hyped, smaller cousin of the blockbuster Ant listing. The company partners with financial institutions to offer small business loans and wealth management services. It chose New York over Hong Kong and Shanghai for its IPO, and was raising $2.4bn compared to Ant’s $37bn.

But China halted the $37bn IPO of the Jack Ma-founded company, citing “major issues” including a change in the regulatory environment.

Now the second prize IPO — much easier for investors to get their hands on than the in-demand Ant — appears to have been the better bet.

Luxfax’s equity raising was the biggest share sale by a Chinese company on the New York Stock Exchange since Alibaba’s IPO in 2014. It was also one of the biggest US stock market listings this year.

Greg Gibb, Lufax chief executive, said in an interview with the Financial Times that the US was the right place to get the best investor exposure, analyst coverage and broader branding.

The fintech sold 175m American depository shares at $13.50, at the top of the range marketed to investors, valuing it at almost $33bn. The company is profitable, with net income of $1bn in the first six months of the year.

So far, so good. After initially falling 14 per cent in its New York debut, Lufax shares are up by more than 40 per cent. The company is now valued at more than $45bn. That is despite tough new rules for China’s online finance groups being announced just days after its debut — the same rules that helped upend Ant’s IPO.

It is unclear how much Lufax and its bankers knew about the change in regulation. But the company has seen this part of this regulatory movie before. Lufax was a pioneer in peer-to-peer lending before another, previous regulatory crackdown forced it to change its business model.

There are always risks. Fintech’s rapid expansion — especially for lending — has put it in the crosshairs of regulators around the world eager to curb risk. Indeed China’s government appears determined to put the tech sector back in its place. Lufax may be listed in the US, but it will still be under the microscope.

And the company is not as diversified as Ant. The majority of its revenue comes from facilitating loans, which could leave it vulnerable to potential future legislation.

In a recent statement, Lufax said it did not expect China’s latest regulatory changes to have any material impact on its operations. It did acknowledge, however, that new rules and other developments by authorities were possible.

Predicting the future of tech-based credit platforms is a tricky business — especially for investors.

But Lufax’s post-IPO performance shows that there is plenty of interest in Chinese fintech. It may not be growing as fast, or be anywhere near as big, but Lufax in the end pulled off what Ant could not. For now, it is reaping the benefits of that.

Where based: New York and Tel Aviv

What do you sell, and who do you sell it to: We provide small businesses with digital tools to manage their supplier payments, minimising time and cost while maximising cash flow.

How did you get started: While working at PayPal, Matan realised small businesses lacked consumer-grade business to business payments tools. So the team made one.

There are lots of fintechs out there — what makes you so special: Small businesses are diverse. We understand that and have built simple, flexible solutions to meet their individual needs.

Dealmakers: Consolidation in the payments sector continues apace. Bloomberg reports that Nexi, the Italian payments processor, is buying Danish rival Nets in a deal that values the company at €7.8bn. The acquisition is set to generate €170m of synergies per year. Nets’ private equity owners will retain a stake in the combined business.

Wirecard fallout: Auditors in Germany are pushing back against proposed new rules that would tighten financial regulation following the Wirecard scandal, says the Financial Times. A draft bill would make auditors more accountable and independent. The head of Germany’s accountants association said the rules were “a knee-jerk reaction”.

Follow the money: TechCrunch has taken an in-depth look at the fintech venture capital funding scene, concluding that investors now prefer bigger, later funding rounds. Meanwhile, Sifted says that the amount of VC money going into European fintechs has slowed in the final quarter of the year.

Central banks in Singapore, Philippines to work together on data connectivity

Korean Air to take over troubled Asiana Airlines for $1.6 billion

‘I just would have felt like an impostor’: Morgan confirms…