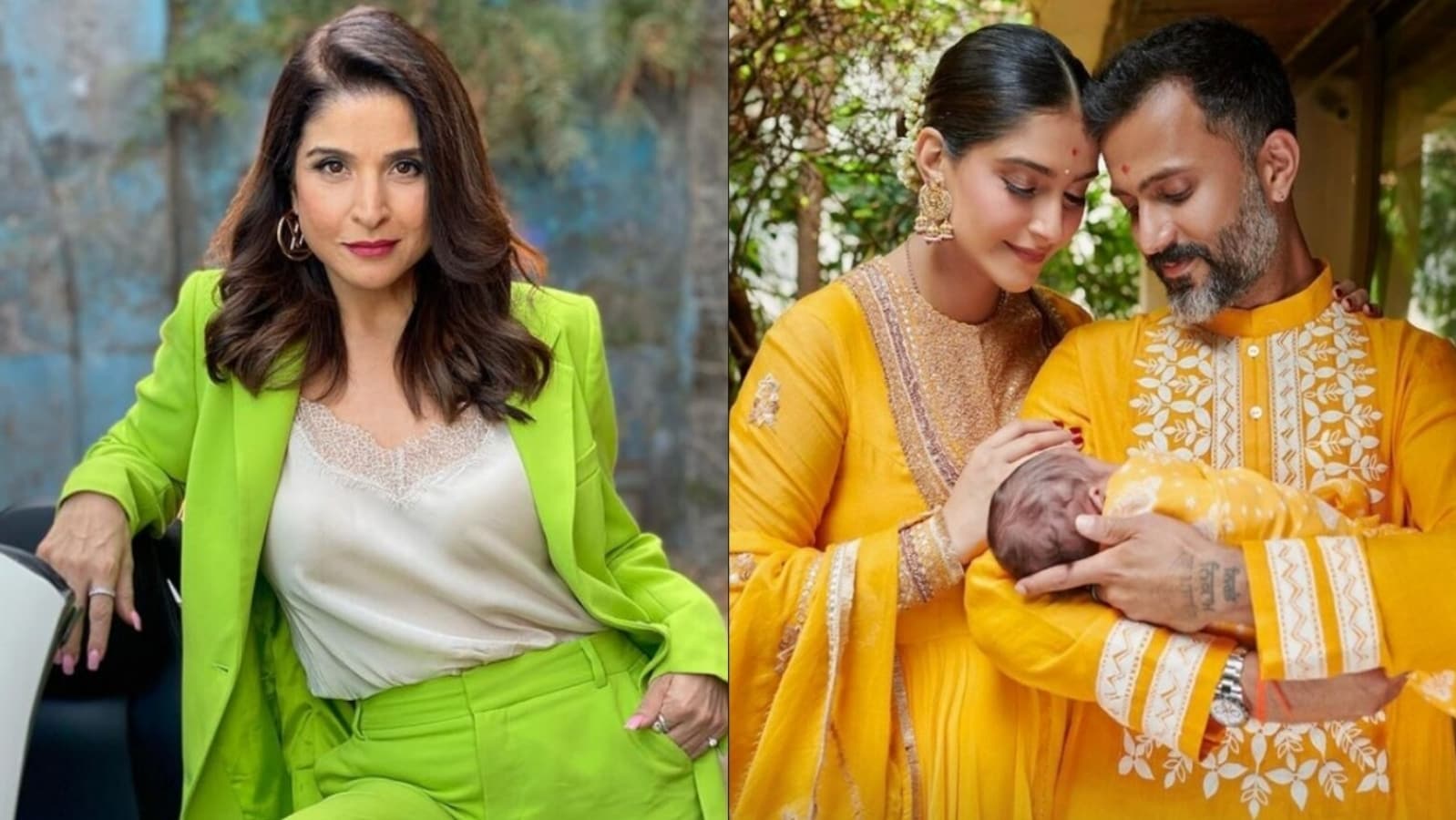 Sonam Kapoor and Anand Ahuja’s son Vayu Kapoor Ahuja turned a month older and the couple celebrated the milestone by sharing his first picture on social media. While they are yet to reveal his face, they shared his name officially for the first time. To this, Maheep Kapoor who is married to Sonam’s uncle Sanjay Kapoor treated fans to a glimpse of little Vayu’s room in Mumbai. Also read:

Going by the picture, the one-month-old’s room comes with a wooden door, decked with a chain of colourful monkeys hanging. It also had two large mirrors on the sides. The walls appear all-white in the photo. Maheep Kapoor wrote in the post, “Vayu Kapoor Ahuja Room #socute.”

On Tuesday, Sonam and Anand Ahuja shared their first family picture where all three of them twinned in yellow traditional outfits. Sonam and Anand married in 2018 and welcomed their son on August 20. Explaining the meaning behind Vayu’s name, the couple said, “In Hindu scriptures Vayu is one of the paanch tatvas. He is the deity of breath, the spiritual father of Hanuman, Bheem and Madhav and He is the incredibly powerful lord of wind. Praana is Vayu, a guiding force of life and intelligence in the universe. All the deity’s of Praana, Indra, Shiva and Kali relate to Vayu. He can breathe life into beings as easily as he can destroy evil. Vayu is said to be heroic, brave and mesmerisingly beautiful. Thank you for your continued wishes and blessings for Vayu and his family.”