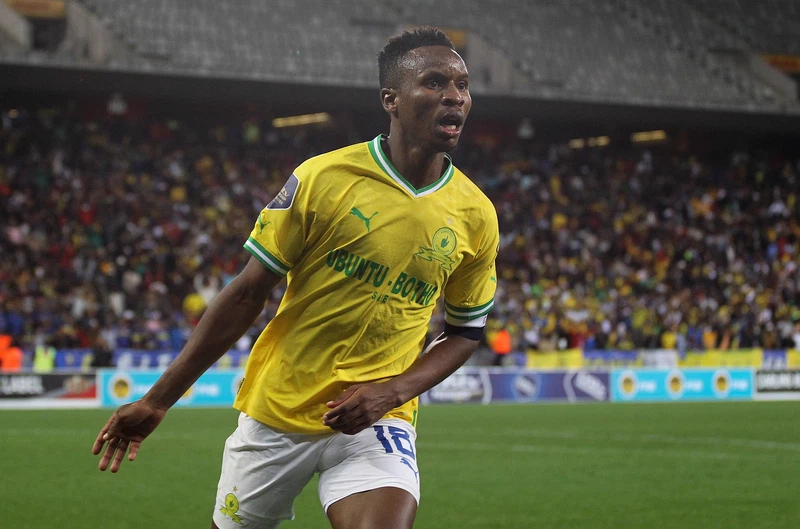 Chilean Marcelo Allende scored in added time to snatch a 1-0 win for Mamelodi Sundowns over AmaZulu on Sunday in a dogged South African Premiership duel.

Defensively disciplined AmaZulu withstood everything the star-stacked league leaders threw at them until the 91st minute in Pretoria, and losing kept them sixth.

Midfielder Allende, a recent signing from Uruguayan outfit Montevideo City Torque, appeared to pose little threat when he gained possession inside the box with time running out.

But his tame angled shot found the net off the right glove of South Africa reserve goalkeeper Veli Mothwa to the dismay of AmaZulu.

The rest of added time passed without any goalmouth incidents and victory took Sundowns five points clear of Orlando Pirates and Richards Bay as they chase a record sixth straight title.

Themba Zwane, recalled by South Africa for friendlies against Sierra Leone and Botswana this month, struck the crossbar in the opening half for 2016 African champions Sundowns.

Where are Mamelodi Sundowns now?

Sundowns are owned by Confederation of African Football president and billionaire Patrice Motsepe, who had to cede his role as chairman to eldest son Thlopie when named CAF boss.

Motsepe, who created his wealth through mining ventures before diversifying, has poured millions of rand into the Pretoria club.

It has been wisely spent with slightly built Allende, 22, the latest acquisition, and his teammates include Uruguayan midfielder Gaston Sirino.

Promoted Richards Bay could have been sole occupants of second spot had they won at home to goal-shy mid-table side TS Galaxy, but had to settle for a 0-0 draw in Durban.

Pirates, whose popularity is second only to Kaizer Chiefs and are seeking a first Premiership title since 2012, had a bye.

Ninth-placed Chiefs came from behind to defeat SuperSport United 2-1 in Johannesburg on Saturday with new signing Caleb Bimenyimana from Burundi scoring twice.

At the wrong end of the table, Marumo Gallants remain without a win this season after losing 1-0 away to Chippa United, whose win through a Ronaldo Maarman goal lifted them to eighth.

James Rowe resigns as AFC Fylde manager after being charged…

Granderson: The accusations against Brett Favre are not just…