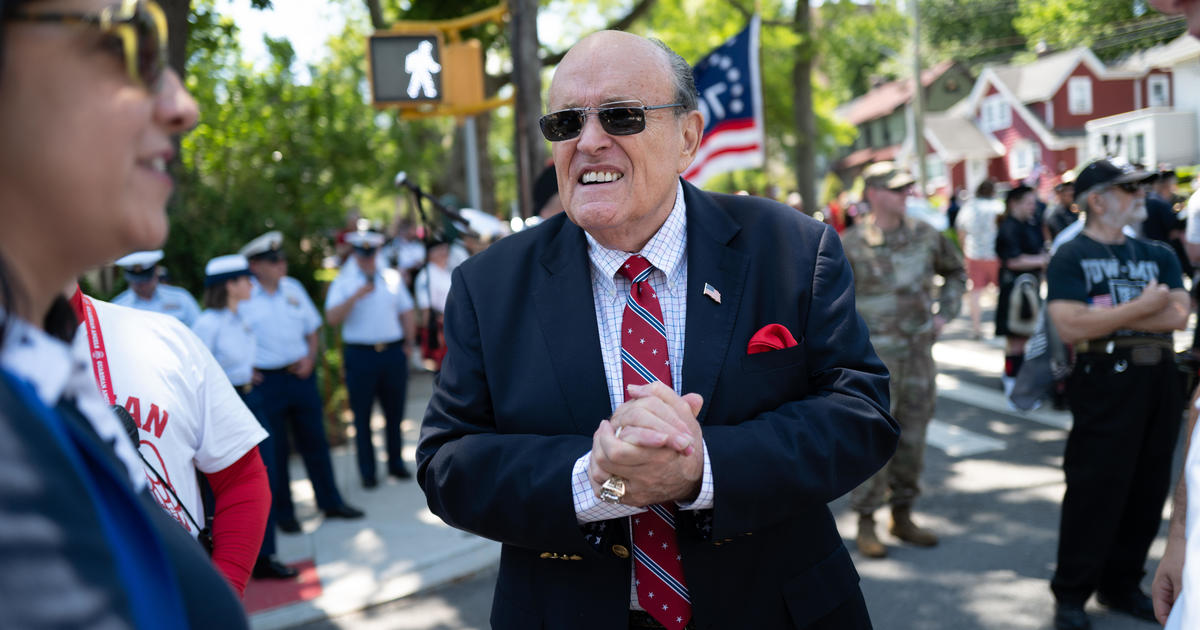 NEW YORK — A man charged with assault after he was seen on a video slapping the back of former New York Mayor Rudolph Giuliani accepted a deal Wednesday to have the charges dismissed.

According to the Richmond County district attorney’s office, the case has been adjourned in contemplation of dismissal, which means the charges will be dropped in six months if the man stays out of trouble.

The incident occurred in June while Giuliani, 78, was at a Staten Island supermarket in support of his son Andrew’s ultimately unsuccessful bid to win the Republican party’s nomination for governor. Giuliani was standing with a group of people when a man walking past reached out, touched Giuliani’s back with an open palm and then said something as he walked away.

Giuliani appeared to barely react in the video, but later said it felt “like somebody shot me” or that he had been hit by a boulder. After slapping Giuliani’s back, police alleged the man said, “What’s up, scumbag?” He was arrested and spent more than 24 hours in jail.

READ MORE: Rudy Giuliani on being slapped on the back while campaigning for son Andrew: “As if a boulder hit me”

In a statement read in court Wednesday, Assistant Richmond County District Attorney Darren Albanese said the man “violated a basic social contract which is a lesson taught when we are young — keep your hands to yourself.” But the district attorney said proving in court that the man caused physical injury or intended to do so would be “extremely difficult.”

Susan Platis, an attorney with the Legal Aid Society’s Staten Island trial office who represented the man, said he has no prior criminal record and “did not commit any criminal act, and this outcome, which will ultimately dismiss the case in its entirety, reflects that reality.”

A message was left Wednesday at an email address listed for Giuliani and with a lawyer who frequently represents him.

Giuliani, a Republican, served as mayor from 1994 to 2001, gaining widespread praise for his leadership after 9/11. Now suspended from practicing law, he served as the personal lawyer for former President Donald Trump and took on a leading role in disputing the results of Trump’s 2020 election loss.

Denial of responsibility! Pedfire is an automatic aggregator of the all world’s media. In each content, the hyperlink to the primary source is specified. All trademarks belong to their rightful owners, all materials to their authors. If you are the owner of the content and do not want us to publish your materials, please contact us by email – [email protected]. The content will be deleted within 24 hours.
rudy giulianiStaten Island
0
Share