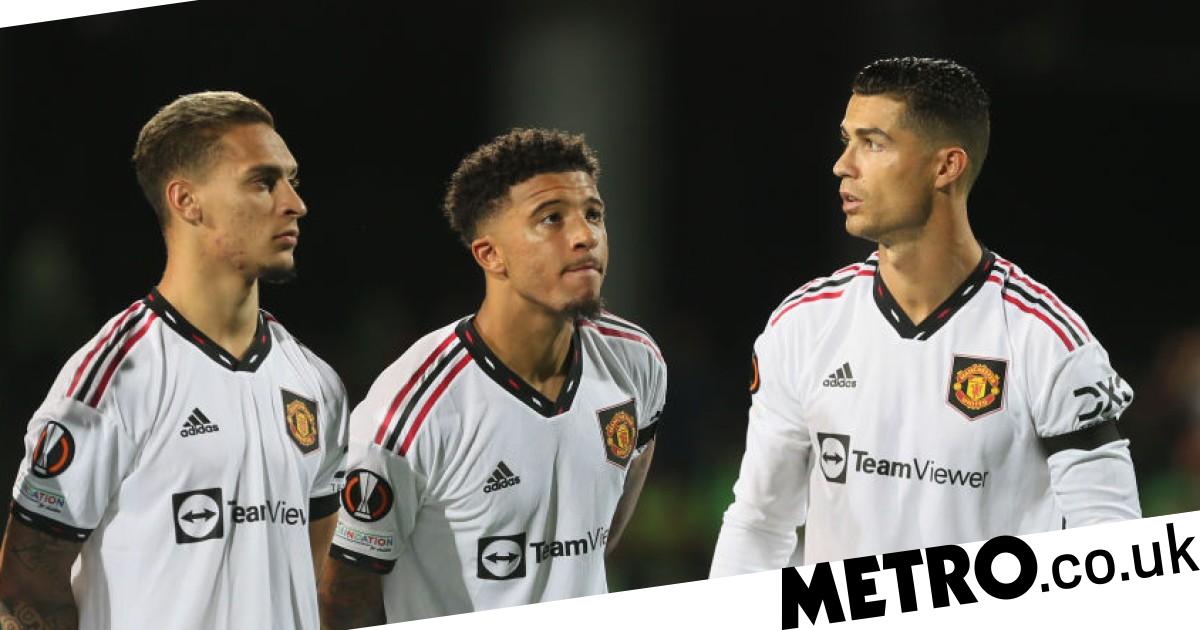 Manchester United players and staff have suffered food poisoning with up to 12 feeling unwell, according to reports.

The news follows United’s 2-0 Europa League victory at Moldovan side FC Sheriff on Thursday and has seen a handful of players miss training as a result.

Erik ten Hag’s side are not back in action until October 2 when they travel to face Pep Guardiola’s Manchester City after the international break, and the players affected have been allowed to join up with their countries despite the issue.

According to The Sun, some in the United camp began to feel unwell on Friday, and the club are attempting to work out if they picked up the suspected food poisoning in Moldova or on the plane on the way back to Manchester.

United’s win in Moldova saw them move up to second in Group E following their opening defeat to Real Sociedad.

Cristiano Ronaldo scored his first-ever Europa League goal in the victory while Jadon Sancho bagged the other.

‘Ronaldo needed that goal,’ Ten Hag said after the game. ‘Many times he came close [in the season so far], but he wanted that so much.

‘We are happy for him and the team wanted to bring him a goal. You know that Cristiano will score a penalty.

‘He’s really close, when he gets more fitness he will score more. He’s totally committed to this project, totally involved, he also has connections that are coming around him and he is constructing connections so I’m happy with that.’

Sancho, meanwhile, has been in excellent form, with three goals in his last six appearances, and United legend Paul Scholes believes Ten Hag should continue to allow the 22-year-old to drift inside instead of playing as a traditional winger.

‘He’s better when he’s coming inside the pitch, when he’s linking with players,’ he said. ‘He doesn’t have that electrifying pace to go past someone down the outside or on the inside.

‘When he was good at Dortmund, he had [Erling] Haaland to link with, [Achraf] Hakimi, he always had someone to link with.

‘If he can do that with Manchester United, if he can find [Bruno] Fernandes and [Christian] Eriksen, really clever players to link with, he could be a good player for United.’

National Singles Day 2022 Date: Know History, Significance and How To Celebrate This Day for Accepting and Appreciating Single Life

“Something I Am Working At”: KL Rahul Opesn Up On His Strike-Rate In T20Is Ahead Of India vs Australia Series