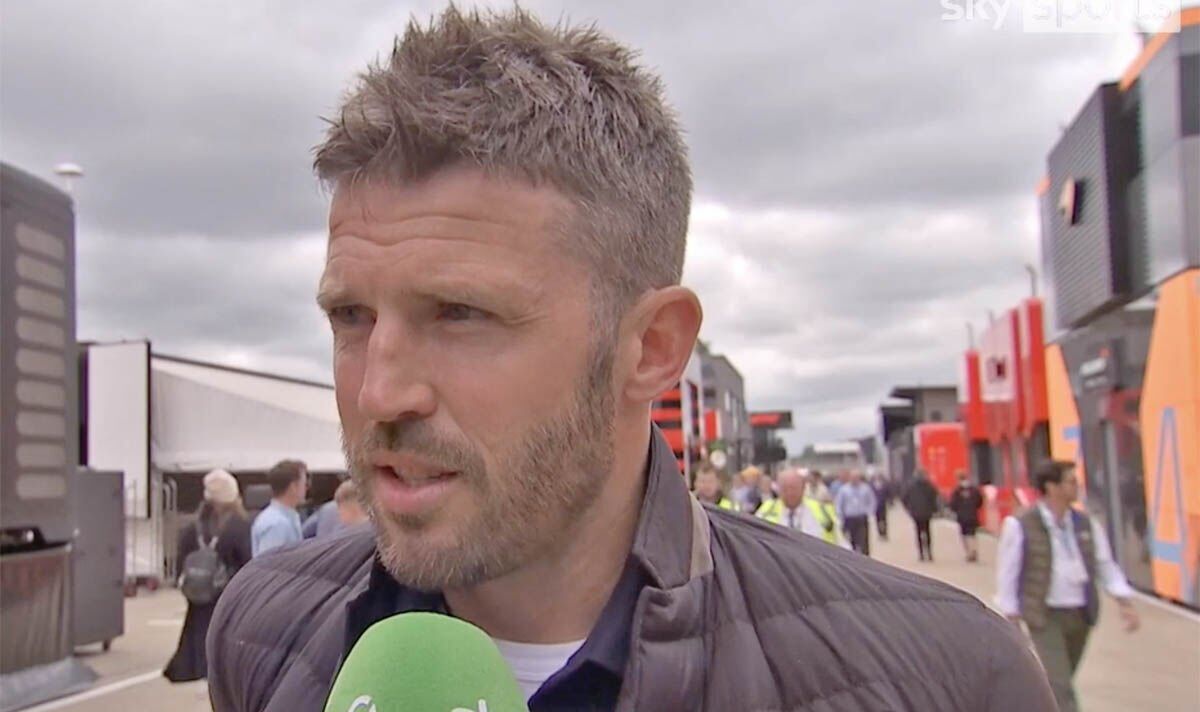 Manchester United legend Michael Carrick has broken his silence on the appointment of Erik ten Hag at Old Trafford. The former England midfielder quit the Red Devils last year, having worked as a coach under Ole Gunnar Solskjaer. And he’s expecting the club’s new boss to try and get the club challenging for silverware, having last won a trophy back in 2017.

Carrick had been expected to stay on at United following the sacking of Solskjaer in November, which came less than 24 hours after a chastening 4-1 defeat to Watford.

Initially, the 40-year-old replaced the Norwegian on a caretaker basis – overseeing three matches in the dugout.

United beat Villarreal and Arsenal under Carrick’s watch, while they also drew 1-1 with Chelsea at Stamford Bridge.

Carrick is now enjoying some time off away from football and is at the British Grand Prix at Silverstone today.

And Sky Sports got hold of the five-time Premier League winner, asking him about Ten Hag and what the future can hold.

“United, hopefully, can get a good start to the season and kick on,” he said.

“And it will be interesting to see how it goes.”

When quizzed about Ten Hag specifically, and the tone he needs to set, the former No 16 then said: “I think he just needs to do what he does.

“I think he proved at Ajax and his coaching career that he’s got strong beliefs and his teams play a certain way.

“I’m looking forward to seeing that. I hope they get a good start to the season and, if they do, they can get the momentum from there.”

And, when quizzed on the target for the season, and top four, he continued: “You want to be right up there, challenging.

“At the start of every season at United you want to win trophies and win the league.

Back in December, when it was confirmed Carrick would be leaving United to pursue a new challenge, he explained his decision to leave by saying: “It is 100 per cent my decision.

“I respect a new manager [Ralf Rangnick] coming in. I made the decision before speaking to him.

“It wasn’t an easy one but [it is the] right decision for the club. The loyalty to Ole is a little bit of a factor but there were a lot of things that came into my decision.

“I was conscious of making my decision before any real conversations with Ralf.

“I wanted to be clearcut. It was nothing personal at all. He’s got a good group of players to work with and hopefully we’ll look back at this as being a big result.

“I’m proud of the players over the past three games. I just told them and they were a bit shocked and surprised, a bit emotional in the changing room.”

On what he’d do next, he continued: “I can honestly say I’ve given it no thought. I don’t even know what I’m doing tomorrow. Take the kids to school then we’ll see.

“My time at this great club will always rank as the best years of my career.”

While Carrick wants to see United get into the top four and challenge for trophies, meanwhile, former Red Devils star Wes Brown recently told Express Sport consistency should be the main aim.

“I know everyone talks about trophies but, for me, it’s more about consistency,” he said.

“Can we get to a level of playing and being good? Can we win them games where we’re not so good, can we scuff out a 1-0 win.

“We start with the basics, is everybody doing right? Is everybody committed right?

“For me, that’s a big key. And can we keep the consistency going?

“Last season, you saw that in certain games. There were some games we were brilliant in one half then I don’t know what would happen in the other.

“That’s the consistency I’m talking about. We can’t be up and down, we have to be on a nice level and get the confidence going.

“From that, the results happen.”

DPUs Aren’t Just For The Cloud

Hotel guest is ridiculed for their clever shower…

Holidaymaker, 25, dies on ‘volcano from hell’…