Man Utd: Raphael Varane compares Solskjaer to Zidane as he opens up on axing | Football | Sport 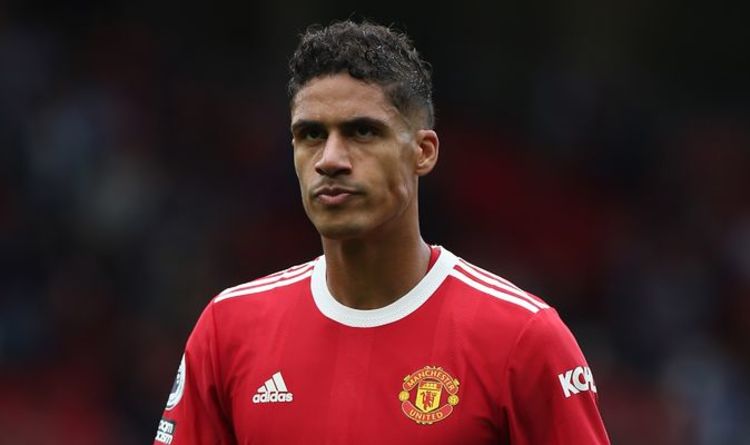 Manchester United defender Raphael Varane has compared sacked boss Ole Gunnar Solskjaer with Real Madrid legend Zinedine Zidane. Solskjaer was dismissed after a run of seven defeats in 13 matches and Varane has made the link despite enjoying far more success under his countryman at the Bernabeu.

The France international has endured a frustrating start to life since joining the Red Devils from the Spanish giants in the summer transfer window.

He was signed as an upgraded partner for Harry Maguire but has only played in nine matches across all competitions.

The 28-year-old is currently absent with a hamstring problem suffered only weeks after returning from a groin issue.

He will make his comeback under a new boss after Solskjaer was dismissed. Ralf Rangnick has been placed in temporary charge and will be in the dugout for the first time when the Red Devils host Crystal Palace on Sunday.

Varane has praised United legend Solskjaer for the job he did during his three years in the role.

“I spoke with him before signing here,” Varane told the Times.

VOTE FOR YOUR PREMIER LEAGUE PLAYER OF THE YEAR HERE

“Sometimes when you speak about something sensitive, it’s like a bit negative because it’s like a weakness,” the Frenchman added.

“But it’s not true. It’s a strength. Because when he speaks with a player, he’s honest.

“It’s important to manage and for leadership to be honest with his players and specially this point it’s similar with Zizou.

“Maybe that’s why I like this feeling. It was a short time working with him but I learn a lot.”

Elon Musk Just Made a Crude Joke About His Sexual Misconduct…

John Cena Wraps His Arm Around Wife Shay Shariatzadeh On…