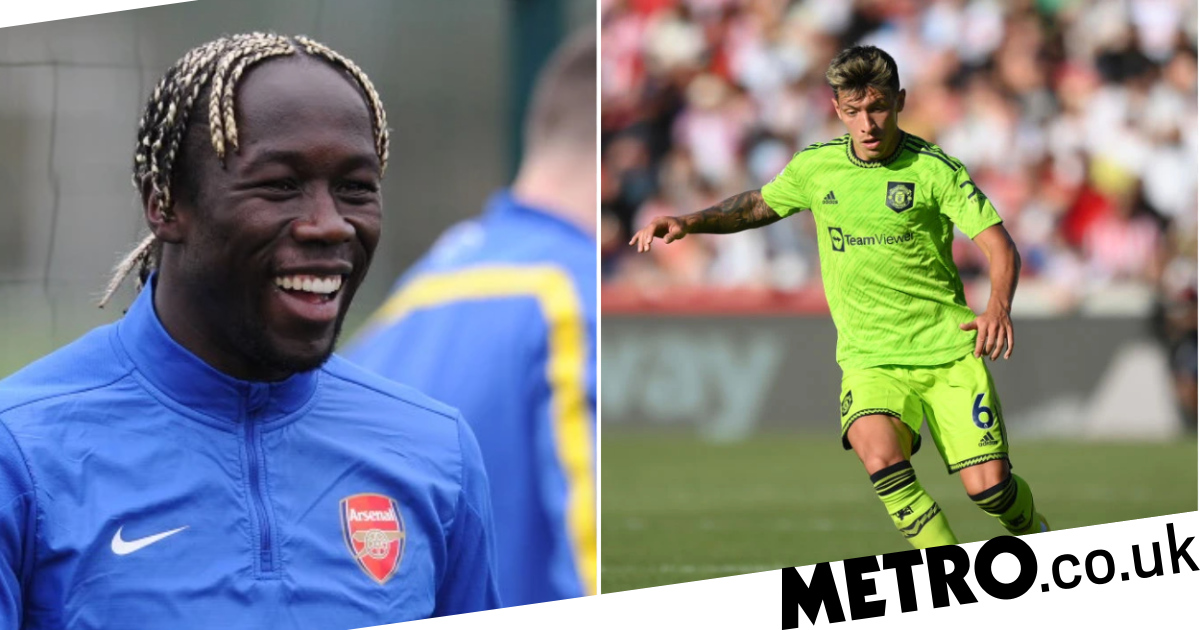 Bacary Sagna has hailed ‘proper’ defender Lisandro Martinez and says the Argentine has given Manchester United’s attacking players the perfect platform to play.

Ajax reluctantly allowed Martinez to move to Old Trafford in August, with United agreeing to pay a fee of around £47million.

However, since Raphael Varane’s return to the side, Martinez’s performances have gone up to a new level and he was named United’s player of the month for August.

As well as his tenacity in defending, Martinez has impressed with his ability on the ball and his tendency to start attacks.

And Sagna, who played for Arsenal and Manchester City, says Martinez is exactly the type of player that United have been missing in recent years.

‘He is serious – there is nothing flashy about his play. He does his job perfectly. Not only does he have great ability on the ball, but he relishes the duels – he engages attackers.

‘As a defender, you have to be scary, strong. Some defenders forget they are defenders, they want to be skilful at the back.

‘He makes United solid and gives a platform for their attacking players to shine – that is the job of a proper defender.’

Erik ten Hag will be without Harry Maguire for around a fortnight after the defender sustained a hamstring injury on international duty.

England skipper Harry Kane said Maguire was ‘playing on one leg’ towards the end of the side’s 3-3 draw with Germany and that’s proved costly, with the defender set for a spell on the sidelines.

While Martinez and Varane had always been likely to retain their spots for the Manchester derby, United face nine fixtures in 27 days next month and need to call on their squad.

You’ve got COVID — but what are the rules these days? –…

Could Cristiano Ronaldo be Portugal’s super sub for…

Why Do Women Like To Travel More Than Men?