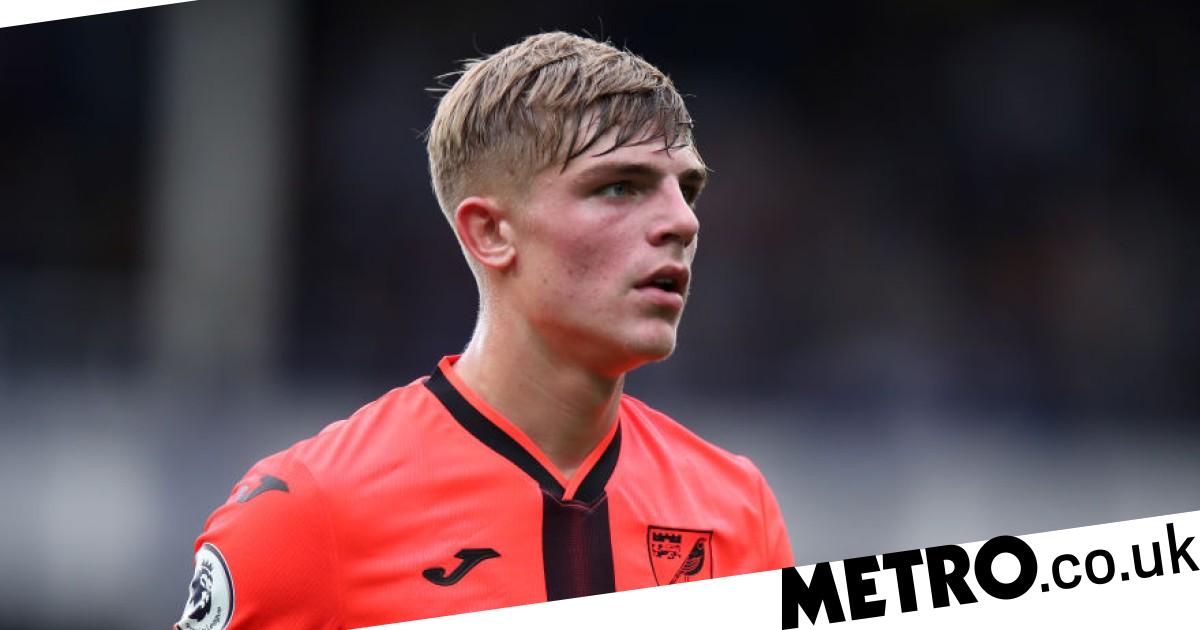 Manchester United are prepared to let Brandon Williams leave the club this summer if they receive a bid of £10million.

The 21-year-old spent last season on loan at Norwich City and made 26 Premier League appearances, but failed to help the Canaries avoid relegation back to the Championship

Williams is due to return to Old Trafford this summer and faces competition at left-back with Luke Shaw and Alex Telles ahead of him in the pecking order.

Although right-footed, Williams’ favours playing at left-back and while his versatility could be of use to Erik ten Hag, United already have both Aaron Wan-Bissaka and Diogo Dalot on their books.

According to The Sun, the Red Devils want a fee of around £10m for Williams, who reluctant to give up regular first team football having featured so prominently for Norwich last term.

The Manchester-born defender came through the club’s academy, having started out at United back in 2008.

After being given a chance by Ole Gunnar Solskjaer, he rose to prominence in the 2019-20 season when he made 36 appearances in all competitions.

United are thought to be looking for a new left-back in the transfer window, owing to Shaw’s fitness struggles last term and have been linked with a move for Hoffenheim’s David Raum.

Earlier this year, Williams hinted that he could leave United this summer in a search for first-team football.

Speaking to the Daily Mail, he said: ‘My first season with United was great. I played 36 games, 17 in the Premier League. Then lockdown came. We went into the new season after a very short break and from there,

‘Luke (Shaw) was on fire and Alex (Telles) had just come in. I could have stayed and trained but I knew deep down I had to get out and prove I was a Premier League player.

‘There would be no point in me going back to United and just sitting on the bench. I want to play and feel I’m better equipped for the Premier League after this experience. Whether it’s at United or somewhere else, we’ll deal with that in the summer.’


MORE : Manchester United in pole position to sign Christian Eriksen as rivals pull out of race


MORE : Ajax attempt to scare off Manchester United with high valuation for Antony and Lisandro Martinez

The Sunday Reset Checklist for a Better Week Ahead

Here’s What Actually Happens When You Don’t…