Maya Hawke on Do Revenge and the Messiness of High School 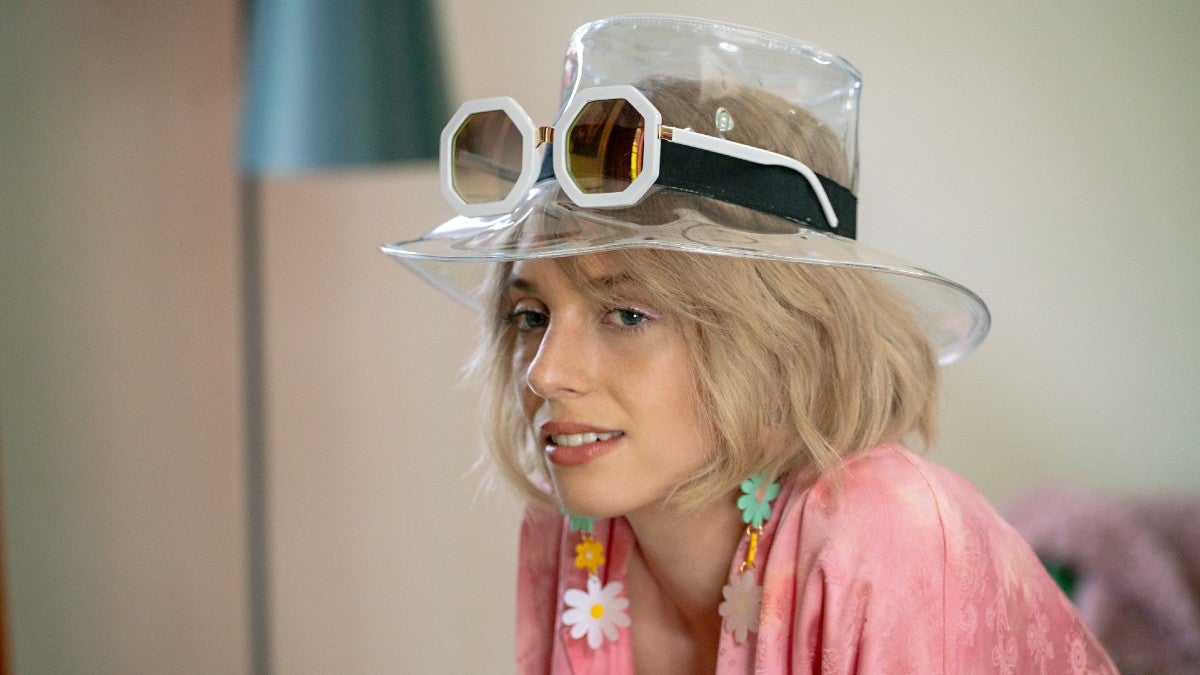 Maya Hawke’s role in Netflix’s new teen dark comedy “Do Revenge” is nothing short of central and dynamic, but she feels the messiness of her character Eleanor reflects the realities of teen life in high school.

In the film, which was inspired by Alfred Hitchcock’s “Strangers on a Train” (1951), Drea Torres (Camila Mendes) and Eleanor Levetan (Hawke) team up to ‘do each other’s revenge’ to their enemies after being wronged in cruel ways. Drea’s ex-boyfriend Max leaks a steamy video that she made only for his viewing, and Eleanor looks to take down a girl who outed her at summer camp after spreading a rumor that Eleanor tried to hold her down and kiss her.

“So many of the classic high school movies like ‘10 Things I Hate About You,’ for example, are inspired by older stories,” Hawke said in a phone interview with TheWrap, referring to the “Taming of the Shrew”-inspired ’90s teen comedy. “And I have seen ‘Strangers on a Train’ and I love it, but I think that a part of the genre that we’re playing into is this kind of taking an old folk tale and adapting it into a teen setting.”

“Do Revenge” departs very swiftly from “Strangers on a Train” not just because of the high school, young adult setting, but due to the plot structure and a significant twist involving Eleanor’s character.

“I often have this thing that I do, where in each part, I implant a little secret. I always find that like, whether it’s songwriting or film, acting, or television, I like to kind of treat them like letters, and like some kind of secret communication to some chapter in my life or some version of myself or somebody in my life,” Hawke said. “I definitely did implant a secret little letter into Eleanor that was a guiding North star for me, but it’s a secret so I can’t tell you.”

Eleanor has several relationships in the film that make her character dynamic. The first is her budding friendship with Drea over their revenge schemes and plots, which sometimes go sideways and take them down some twisted paths. Hawke describes the pair as “broken soulmates.” 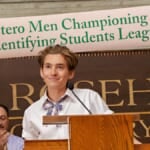 “They have a lot in common and are kind of deeply compatible with each other as friends in a lot of ways,” she said. “And yet, their history and their trauma makes it kind of impossible for them to really be with each other until they work through all of it, and then they’re kind of perfect for each other.”

Another relationship that becomes slightly complicated in Eleanor’s orbit is her growing romance with Max’s sister Gabbi Broussard (Talia Ryder).

“My favorite moment in their relationship is when Gabbi says to Eleanor that Gabbi knows Drea told her everything [after the big twist] and that she knows everything that’s happened and she’s like, ‘I dig it,’” Hawke said. “I think that’s a beautiful moment where it’s that built-in understanding of ‘Yeah, you’ve been through a lot.’ You did a lot of f–ked up sh-t, but you’re really smart and cool and crazy and it’s hot to me. That’s what you want in someone you’re going out with or like is like them to accept you for all your flaws and kind of love you for all your flaws. So I think that’s a great relationship.” 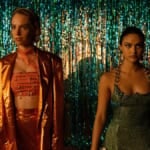 Last but certainly not least is Eleanor’s emotional-support bearded dragon named Oscar-Winner Olivia Colman. Eleanor’s therapist suggested she get a puppy, but as Eleanor herself says, she prefers her companions thick-skinned and cold-blooded.

“Every scene that the bearded dragon is featured in I imagine it took four or five hours to shoot that scene and so quite a bit of time,” Hawke said of working with her lizard co-star. “And I really like working with babies and animals because babies and animals don’t know that they’re in a movie. Every scene is real to them. And so there’s a certain amount of reality that it brings out in you, where it’s like, ‘Oh, this lizard believes in this moment.’ And therefore ‘so do I.’”

It’s that balance between comedy and the realities of high school life that Hawke really responded to.

Overall, Hawke views the film as an appropriate slice-of-life portrait.

“High school both is so densely packed with emotion and feeling and drama. And also, there’s so much forgiveness built into it too because you’re so messy,” she said. “You can kind of understand someone else’s kind of messy too. I probably did the worst things I’ve ever done in high school to people I still call my friends and vice versa.”

“Do Revenge” is now streaming on Netflix. 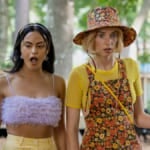