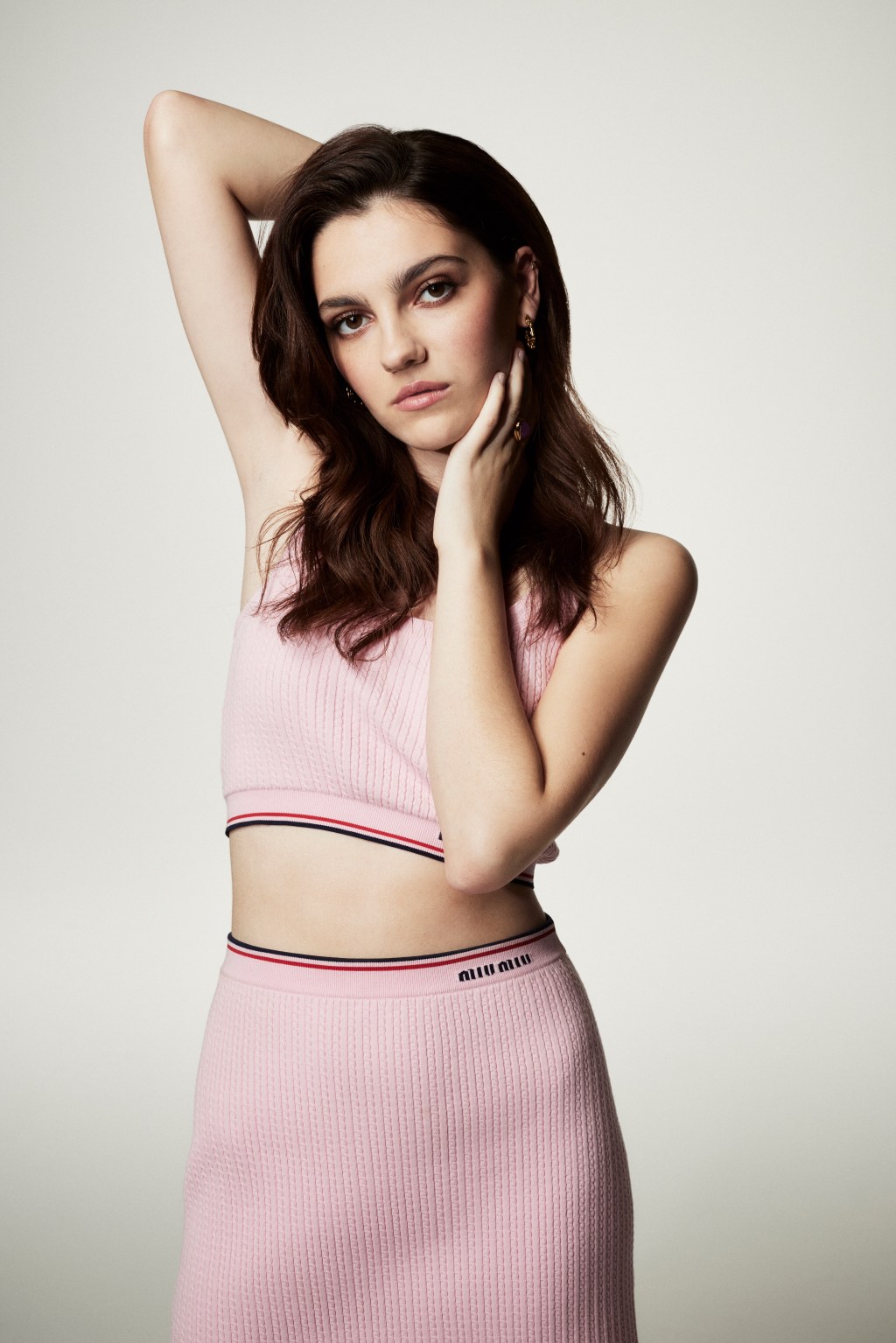 Emily Carey is ready to watch her “House of the Dragon” character come of age. The 19-year-old British actress stars in the HBO series as the younger version of Alicent Hightower, a character she shares with Olivia Cooke. While the first few episodes focused on the character’s teens, the show is jumping ahead — and Carey is passing her character’s torch to Cooke.

While Carey met Cooke during a set visit, the two actresses didn’t discuss a collective approach to their shared character.

“Ten years is a long time in anyone’s life; so much can happen in 10 years, whether that be circumstance or the people around you changing,” says Carey; her main scene partner is Milly Alcock, the younger counterpart to leading actress Emma D’Arcy. “Seeing [the two characters] go from practically children into fully fledged women, there’s a whole lot of growing up to do in there as well. It’s kind of like playing two different characters. I often get asked about how we approached the older-younger situation — and honestly, we didn’t. We just did our own things with it, and I was so appreciative to have so much creative freedom for the role.”

Shortly after the show’s premiere in August, Carey hadn’t even seen Cooke’s portrayal in the series — and the project was so top secret that she hadn’t been allowed to read the script for scenes beyond her role — but speaks highly of watching the more established actress at work.

“Olivia is amazing. She’s genuinely just so lovely. And so down to earth and grounded, and of course a phenomenal actor,” says Carey. “We did a set visit before Milly and I started shooting, just to get us comfortable with the scale of the set. They were shooting a pretty important scene between Olivia and Emma, and watching them both at work was like a masterclass not just in acting, but how to hold yourself on a set and in set etiquette.”

The show stars could also offer a masterclass in the art of red carpet dressing. Carey worked with stylist Zadrian Smith to curate her wardrobe for the first major press tour of her career, which included several international premieres and numerous media appearances.

“The looks that he prepared for me on this tour blew my mind, they were everything that I’d asked for and more,” says Carey. “It was a proper collaboration between us. I don’t like anything too hyperfeminine; I like things with an edge to them. And I think we pulled that off with every single look.” Carey notes that standout looks included her Fendi couture dress for the London premiere, and her Givenchy two-piece, with thigh-high leather boots, that she wore for the L.A. premiere. “It was high fashion. I’d never worn anything like that before; I don’t think I’d seen anything like that before, let alone put it on my body,” she adds.

Carey grew up around the theater — her mother was a performer, and her grandmother worked as a wardrobe mistress — and fell in love with acting from an early age.

“I’d watch people on the stage and it would always be, when am I old enough to do that? It was never ‘can I,’” says Carey. Her mother took her to an open call audition for the West End production of “Shrek” when she was around eight years old, thinking the experience would placate her. “[The room] was full of girls just like me, but it just so happened that I was the right one for that job,” says Carey. “I ended up booking it and that was my first job. And from then on instead of shutting me up, it just made me want more and more.”

Carey’s next role is an animated film based on Oscar Wilde’s “The Canterville Ghost” with Stephen Fry; she also recently starred in another animated project, voicing Anne Frank. Although “House of the Dragon” has already been renewed for a second season, Carey’s role with the show will likely continue on as just a viewer. But she’s excited to keep the conversation going.

“The show’s been over a year of my life now, and it was so top secret for so long,” she says. “It feels strange that we can finally talk about it.”

Stocks close lower ahead of Fed decision on interest rates

Jeep gets another chance to block Mahindra 4x4s in trademark case