Megadeth’s Dave Mustaine is pushing for another “big four” concert with Metallica, Slayer and Anthrax 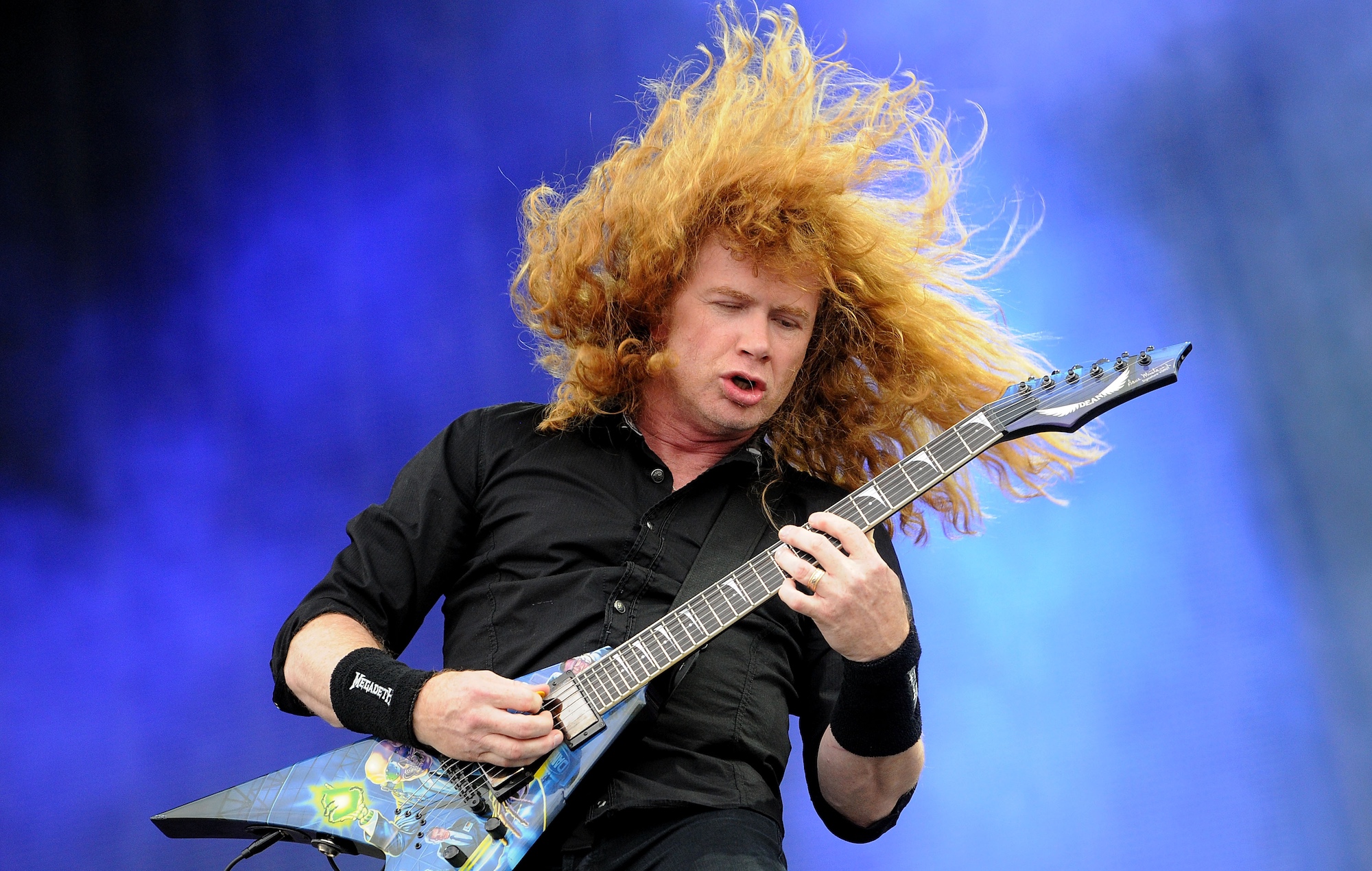 Megadeth‘s Dave Mustaine has expressed a keen interest in reviving the concert series the band played in 2010 and 2011 alongside the other “big four” thrash metal acts – Metallica, Slayer and Anthrax.

In a new interview with Songfacts, the frontman was asked about guitarists he admired. Among his answers were contemporary heavy metal axe-wielders Michael Amott from Arch Enemy and Jeff Loomis from Nevermore, plus “the guys from Lamb of God and the guys from Trivium“.

That led Mustaine to introduce the idea of recruiting his fellow big four to perform a “Big 4 passing of the torch” to the “new Big 4”. While not explicitly saying which four bands were deserving of the mantle, he said he has “a feeling it would include some of the players we already mentioned”.

“I think it would be really cool symbolically if we did something at like, the LA Coliseum, even if it’s one show and that’s it. Slayer is from Los Angeles, so it would probably make it more convenient for them to go home at night,” Mustaine said. He acknowledged that Slayer would need to “come out of retirement” in order to play such a show, given that the metal icons’ farewell tour concluded in late 2019.

“I personally have been hoping for this for a while, and I keep asking and asking and asking,” Mustaine added, revealing he had been in contact with the other big four, but to no avail. “They’re just not into it. But that’s up to them.”

Metallica, Megadeth, Slayer and Anthrax played 14 shows together in the early 2010s, in Europe and North America. One of the concerts – at the Sonisphere Festival in Sofia, Bulgaria – was filmed and transmitted to movie theatres around the world before eventually being released on DVD.

Elsewhere in the interview, Mustaine discussed a prospective collaboration with James Hetfield that never materialised, due to a disagreement regarding album credits on a planned reissue of the band’s 1982 demo album ‘No Life ‘Til Leather’. The demo cassette was released when Mustaine was still in the band, prior to his firing the following year.

“The last time [Mustaine and Hetfield] talked it didn’t end very well because we have some memory of a couple of things that took place when I was in the band. I remember it one way and he is saying that it happened another. But it’s about somebody else – it’s not even him. He’s talking to me on behalf of ‘you know who’ [Metallica drummer Lars Ulrich].”

“They wanted to release ‘No Life ‘Til Leather’. 27 songs, posters, flyers, pictures, everything. I said I would love to do this thing, and James said, ‘Look, we fucked up. The last three things we’ve done failed abysmally.’”

According to Mustaine, the failed endeavours Hetfield was talking about included 2011’s ‘Lulu’, Metallica’s widely-panned collaborative album with Lou Reed. It also included their ‘Orion Music + More’ festival which took place in 2013 and 2013 and the band’s 2013 film Metallica: Through The Never – both of which were commercial failures for the band.

“I had said, ‘Yeah, I’d be interested.’ And he said, ‘We’d like to get everything right with all the history, the publishing and stuff.’ And I said, ‘Good.’ Because part of the reason why we haven’t been able to really reconcile is because I had songs that when I left I didn’t want them to record, and they went ahead and recorded them but they didn’t pay me what my share of the songs were.

“When I said, ‘This is what it is,’ he said, ‘No. It’s kind of what it was, and that’s how it is.’ And I thought to myself, you know what? When you guys did that to me before, it was not cool. I said, ‘Don’t use my stuff,’ and you did it, and then didn’t give me my fair share. So why would I want to willingly enter into something like that? I wouldn’t. So that’s where we stand right now.”

That said, Mustaine added that he would “love to work with James” again, and also indicated he’d be open to reconciling on a personal level. “I want to help him. He probably wouldn’t want my help, but maybe if a couple of guys with guitars and a bag full of chips can get through a conversation and become friends again, who knows?”

During a different interview back in September, Mustaine said he hoped there would be a day where he and Hetfield “can write together again”, adding that he thinks “the world really does want us to do that”.

“I do think that it’s possible that one day James is going to come around and that he and I are going to be able to do something together again. I guess that’s one of the things that has always kept me pushing forward. I think it’d be good for Megadeth, and it could be great for Metallica too.”

In the Songfacts interview, Mustaine added that he’d like to work with Ulrich again also, but that he thinks “the real talent in Metallica has always been around the guitar – everyone makes fun of the drums”. He did, however, praise Ulrich as a “really great song arranger”.

The interview also sees Mustaine discussing the band’s recent Grammy nomination in the Best Metal Performance category for ‘We’ll Be Back’, and his health following his battle with throat cancer. Read it here.

Letitia Wright Has Moved On From Anti-Vaccine Controversy